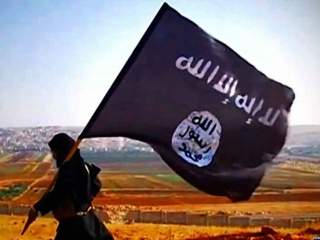 “This is sort of the new normal,” FBI Director James Comey observed after the most recent Fourth of July. Comey was talking about the ten persons who were arrested in connection with a variety of plots linked to ISIS in the weeks leading up to that national holiday. But while the threat of homegrown violent extremism inspired by either ISIS or Al Qaeda is now accepted as fact, there is still surprisingly little consensus on the potentially far greater danger posed by radicalized foreign fighters trained by ISIS, returning to their native or adopted homelands in the West, ready to carry out terrorist actions—despite the attacks that occurred in Paris last November.

Indeed, long before the latest incidents, the May 2014 killing of four people at the Jewish Museum of Belgium appeared to validate fears of the potential for violence imported from abroad. The alleged perpetrator, a twenty-nine-year-old French national of Algerian origin named Mehdi Nemmouche, reportedly had spent more than a year in Syria. When he was arrested in Marseilles days after the attack, French police found in his possession an ISIS flag and a tape recording claiming responsibility for the incident. An interview with a French hostage previously held captive in Syria by ISIS subsequently revealed that Nemmouche had not only fought with the group, but also had tortured prisoners and boasted of having committed worse atrocities.

The only other well-publicized terrorist incident in Europe involving a veteran of the fighting in Syria was the fracas last August on a high-speed train traveling from Belgium to France. A passenger discovered Ayoub El Khazzani in the train’s lavatory while the twenty-five-year-old Moroccan-born resident of Spain was trying to load a Kalashnikov assault rifle. A scuffle ensued as other passengers tackled and disarmed El Khazzani, who was also carrying a Luger pistol, nearly three hundred rounds of ammunition, a Molotov cocktail and a box cutter. Already on the watch lists of at least four European security services because of his ties to Islamist groups and to radical mosques in Spain, El Khazzani is believed to have traveled to Syria where he was trained by, and fought for, ISIS.

Before the assaults in Paris, such “boomerang” attacks were rare. Casualties and costs were low. At a time when America and its NATO allies are showing fatigue at coping with the ongoing wars on terrorism, when their cemeteries and hospitals are already populated by a new generation of battle casualties, when their treasuries are drained by fourteen years of global conflict and when defense and intelligence budgets are either declining or mostly flat, it is tempting to regard the potential foreign-fighters “boomerang” effect as exaggerated, if not alarmist. It isn’t—as the Paris incidents demonstrate. There are good reasons to resist being lulled into the false sense of complacency that the paucity of actual returning foreign-fighter incidents to date suggests. Neither the raw number of attacks so far, nor the instances of attacks foiled in the planning stages, is in itself a sufficient metric with which to measure the danger posed by ISIS. Instead, the current terrorist threat against Western nations is best understood only when ISIS’s virulent concatenation of ideology and ambition, of strategy and sheer numbers, is taken as a whole.

The threat posed by ISIS has previously been dismissed—often with dire consequences. Less than six months after President Obama denigrated ISIS as a second-rate security concern, for example, the group’s fighters stormed into Iraq, conquered half that country, resurrected the caliphate, declared a state and set about slaughtering and enslaving thousands of Christians, Shia and members of other minority sects. Organized into battalion-sized assault forces, the ISIS units effortlessly routed approximately thirty thousand U.S.-trained Iraqi soldiers. As the defenders fled, they left behind almost three military divisions’ worth of equipment—including American-made Humvees and M1 Abrams tanks, totaling tens of billions of dollars—which ISIS gleefully absorbed into its burgeoning arsenal. Of course, ISIS had previously seized similarly large stockpiles of weapons, equipment and cash from the Assad regime’s military forces while fighting in Syria.

In addition to its conventional military capabilities, ISIS has demonstrated an embryonic capacity to function as a legitimate governing entity. Avoiding the mistakes and excesses of its earlier incarnation as Al Qaeda in Iraq, ISIS heeded Ayman al Zawahiri’s advice from 2005 about winning the support of local populations by establishing legitimate Islamic governance. In several cities across Syria and western Iraq, ISIS has now become the local government, mediating disputes, regulating and overseeing the produce sold at markets, guarding against price gouging and organizing a variety of community events. In Minjib, for instance, ISIS’s play for exclusive control led to war with the Kurdish faction. ISIS prevailed and installed an even more robust government, providing everything from medical services to courts and bakeries. ISIS’s strict laws and swift, impartial justice over the territory it controls also quickly imposed peace and order. It has thus attracted many followers by providing a better alternative to the lawlessness and corruption typical in Free Syrian Army–controlled areas or elsewhere in Syria and in Iraq under the respective reigns of Bashar al-Assad and Nouri al-Maliki. The most common praise heard for ISIS in these regions is that right or wrong, they are more honest and efficient than either the Syrian or Iraqi Baathists or the democratically elected Iraqi governments. At times, ISIS has tried to empower existing local leaders and avoid micromanagement, as well as to punish its own members if they commit unsanctioned crimes against the population.

Unlike most terrorist groups, ISIS actually possesses its own means of income generation and financing. ISIS controls oil fields in the regions it governs, reportedly yielding revenue of up to $2 million per day. ISIS sells its oil on the black and grey markets using a complex network to smuggle oil to surrounding states, including Turkey and even the Assad regime in Syria. Since August 2014, U.S. and coalition airstrikes have reportedly reduced ISIS’s income from oil and petroleum products—but not critically. One recent report in the Financial Times described ISIS’s petroleum enterprise as “a sprawling operation almost akin to a state oil company that has grown in size and expertise despite international attempts to destroy it.” The group goes to great lengths to protect this vital source of revenue. Oil wells are heavily guarded and defended by protective sand berms and other physical security measures. ISIS’s secret police, the Amniyat, oversees all aspects of production, distribution and payment, making sure the oil and the money flow exactly where and to whom they’re destined.

One of ISIS’s largest sources of revenue, however, is war spoils, including millions of dollars worth of captured U.S. equipment abandoned by the Iraqi military. ISIS has also collected at least $20 million in ransoms paid for the return of European hostages it seized and held captive. The group’s extensive extortion rackets, targeting citizens living in or visiting the region, reportedly bring in an additional several million dollars per month. Smuggling, human trafficking and other criminal activities further add to ISIS’s gains.

In addition, ISIS forces the citizens of its conquered territories to work as common laborers and imposes economic and agricultural regulations to maximize profits. It makes millions of dollars from Islamic alms (calculated as a percentage of savings, assets, commodities and profits) paid to ISIS by populations under its control. ISIS’s control of electrical plants and other essential services allows them to levy additional taxes on any companies or individuals that wish to enjoy uninterrupted service. Local activist groups have even claimed that ISIS has made a secret deal to provide electricity and natural gas supplies to Syria. Another source of income is outright confiscation and theft. Donations from foreign sponsors and wealthy members provide a comparatively small portion of the income.

All this is in service to ISIS’s goal of creating an Islamic caliphate where fundamentalist, Sunni Islam is the only accepted religion and where sharia, the legal system based on Islamic religious precepts drawn from the Quran and Hadith, is the only law. In resurrecting the caliphate, ISIS aims to redraw the map of the Middle East, erasing the artificial states and borders created by the Western powers following World War I and resurrecting the Islamic empire that once stretched from Spain across North Africa, through the Middle East and the Caucasus and into South and Southeast Asia. Unlike other Islamic movements that accept or tolerate coexistence with various minority sects of Islam and sometimes even non-Islamic religions, ISIS offers no compromise and identifies its enemies as the West, Christians, Jews, puppet Arab regimes, Sufis, Druze, Kurds, Alawites, Yazidis and other minority sects, along with Iran and all Shia Muslims. ISIS claims that it is currently fighting to protect the oppressed Sunni Muslims of Iraq and Syria.

To further its objectives, ISIS has appropriated Al Qaeda’s ideology and strategy, depicting itself as the most faithful embodiment of bin Laden’s vision. There are deep ideological commonalities between ISIS and Al Qaeda that have shaped the former’s strategy and explain why it was so intent on declaring the resurrection of the caliphate and establishment of the Islamic State in June 2014. Like Al Qaeda, ISIS sees itself and its fighters as defending the Sunni ummah against an array of aggressive predators, including supposed apostate Iraqi and Lebanese Shia, Iran, the United States and the West. ISIS also shares Al Qaeda’s unmitigated animus towards the Western liberal state system and especially to democracy—which it has derided as a “wicked methodology.” And ISIS patently thinks and acts strategically—having basically usurped the seven-stage strategy to victory first articulated by Al Qaeda’s operational chief, Saif al-Adel, in 2005. ISIS is currently at the fifth stage along this path—which explains the preemptive declaration of the caliphate in 2014. These stages entail: