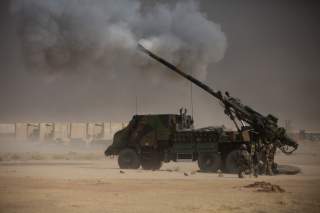 With the liberation of Mosul likely in weeks or months, even ISIS seems to agree it will soon lose most or all of its territory in Iraq, and possibly Syria. Unfortunately, this may just be the beginning—not the end—of the global threat posed by ISIS. How do we know this? The answer is readily available in the group’s publications. As Sun Tzu explained long ago, the importance of knowing your enemy and yourself will bring you success. Could we really comprehend the mindset and ideology of ISIS? It is not just the group’s ideology that we should be concerned about; it is continued violence against the entire world.

The major difference between ISIS and other terrorist organizations (including the broader Al Qaeda) is that in 2014, ISIS publicly declared a caliphate, establishing a de facto state in Mosul and Raqqa. ISIS leader Abu Bakr al-Baghdadi’s invitation to Muslims all over the world to “migrate” to the abode of Islam has led more than thirty-five thousand foreign terrorist fighters to enter Syrian and Iraqi territory.

Through study and analysis of ISIS publications, we have an opportunity to analyze ISIS’s end-state goals. In this respect, ISIS has been extensively publishing magazines and producing videos and tapes in several languages. Al-Hayat Media Center is their main media outlet and distributor. ISIS publishes Dabiq and Rumiyah (Rome) in English, Istok in Russian, Dar al-Islam in French, Konstantiniyye in Turkish and individual publications in English, such as “How to Survive in the West: A Mujahid’s Guide.” ISIS is also distributing selected videos from so-called provinces of the Islamic State. It should be clearly noted that ISIS continues to produce and publish propaganda whether or not it loses territory.

ISIS explains whether or not it really needs territory in the region in the latest issue of Konstantiniyye: “Will the West have the victory, or will we be considered lost, even we lose Mosul, Raqqa and other cities, and go back to where we started? Never! Real loss is to lose the will and demand for war.” And, it continues, “We are fighting to obey and be close to Allah. Real victory for us is to live by our religion and to die for our religion.”

As most researchers and decisionmakers agree, it gave ISIS significant cachet to claim a so-called caliphate, an Islamic State and territory. However, we still need to be aware and vigilant of a land-poor ISIS and its reasons to continue to exist.

After conducting a discourse analysis of its publications, it is clear that ISIS is inviting people around the world to join its cause. However, if one individual cannot flee to Iraq and Syria, he can execute terror attacks in Europe and America. The group’s publications even explain detailed terror tactics, and the importance of leaving evidence identifying the intention and allegiance to the caliphate. The third issue of Rumiyah, released in October 2016, states that “one need not be a military expert or a martial arts master, or even own a gun or rifle in order to carry out a massacre or to kill and injure several disbelievers and terrorize an entire nation. . . . The overall objective of any terror operation is to bring horror and misery to the enemies of Allah.” ISIS’s brutal ideology leads to many questions about what the West should do, by reading ISIS’s justification for suicide attacks or committing terror attacks in the West. ISIS wants to see a West in which every citizen is suspicious and scared of his neighbor.

In conclusion, how can we stop people from being radicalized in the mind and, later, in deeds? It is not as simple as it sounds. Nonetheless, we need to learn to work together to eradicate this threat by establishing concrete programs to counter violent extremism and ideology.

Hence, going back to the question of what ISIS will do without land, the answer is that it may be even more dangerous, and will keep on organizing and committing terror attacks whenever and wherever possible. ISIS’s loss of territory is a positive development. But we must be prepared for increased terrorist activity, because that’s all that remains in its arsenal—even more so because it will need to justify its existence, and project strength in the face of battlefield losses.