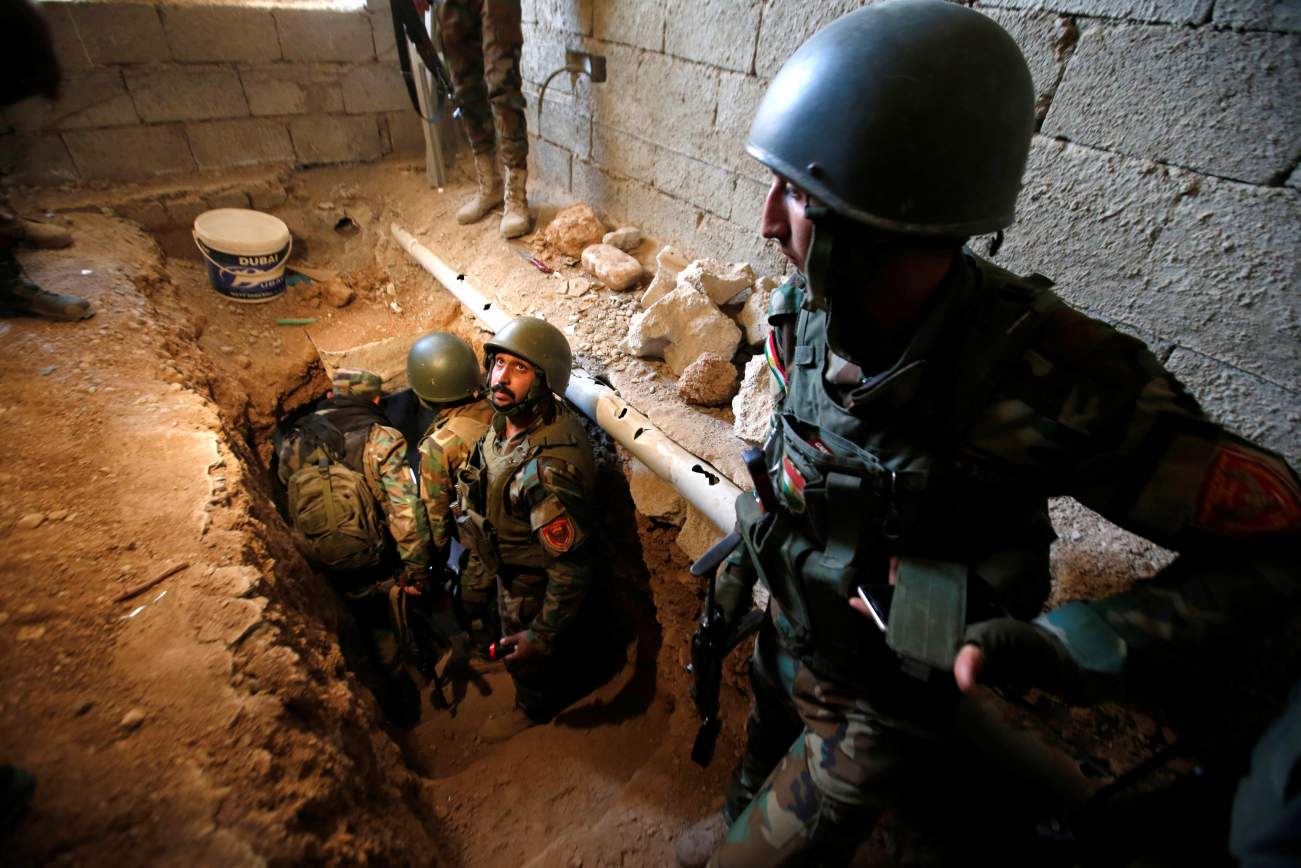 The Islamic State is in retreat and has been for a while. It has lost most of its holdings in Iraq and Syria and has just lost its capital, Raqqa. Its leaders and fighters are on the run. It is tempting to breathe a sigh of relief and tell ourselves that the nightmare of lightning conquests, mass executions and devastating attacks against European cities is finally over. But that would be a mistake. For one thing, the Islamic State still holds a small amount of territory, roughly the size of Lebanon, near the Iraqi-Syrian border. More importantly, the organization’s franchises in Africa and Asia are doing quite well. So are its training camps in Afghanistan. The group has probably implanted sleeper cells across the Middle East, North Africa and Europe. And we should remember that the Islamic State managed a spectacular comeback last time it was nearly defeated—when it was decimated in Iraq by the American “Surge” and the so called “Sunni Awakening.”

Even if the Islamic State in its current form is really gone, it is important that we learn some lessons from its rise rather than pat ourselves on the back for its disappearance. These lessons might help us predict and perhaps even control the next deadly mutation of this death cult. One obvious lesson is that we must limit ungoverned spaces in the Middle East. The Islamic State thrived on political vacuums; it looked for them, made them much worse, and then posited itself as an agency of order. Of course this lesson is going to be hard to act on. We have been badly burned by recent attempts to impose political order on Middle Eastern countries. The Russians and Iranians have now embarked on their own version of this quest, propping up a genocidal dictator in Syria on the argument that any authority is better than the lack of authority that allows organizations like the Islamic State to thrive. But this strategy merely buys temporary quiet at the price of even worse violence to come, sowing the seeds of the next civil war as it squashes the current one.

But perhaps there are more subtle lessons that are equally important to consider. In particular, what are some of the key ideas that animated the Islamic State’s rise in the first place? What made the organization’s messaging so powerful? Reading through the group’s key texts and watching its many disturbing propaganda videos, one is struck by the recurrence of the theme of humiliation. The narrative, in one form or another, is that Muslims have been humiliated and emasculated by the West for centuries, and the Islamic State was there in order to put an end to this indignity, in order to return a sense of honor, agency and glory to the umma or Muslim nation.

Consider early footage showing militants dismantling the border between Iraq and Syria and proudly proclaiming the reunification of Arab lands and the death of “Sykes-Picot” (the 1916 agreement that cynically carved up the region between England and France in defiance of earlier promises to promote Arab self-determination). Or consider a later video starkly titled “I’m not content with a life of humiliation.” Or consider the speech by Abu Bakr al-Baghdadi in the summer of 2014 in which he formally proclaimed the Islamic State’s Caliphate: “disbelievers [sought to] humiliate the Muslims, dominate them in every region . . . and rob them of their rights . . . so either the Muslim pulls away from his religion, disbelieves in Allah, and disgracefully submits to the man-made . . . laws of the East and West…or he lives persecuted, targeted, and expelled, to end up being killed, imprisoned, or terribly tortured, on the accusation of terrorism. Because terrorism is . . . to refer to Allah’s law for judgement. Terrorism is to worship Allah as He ordered you. Terrorism is to refuse humiliation, subjugation, and subordination.”

This nexus between nostalgia for a lost grandeur, humiliation and political radicalization is something that we have largely failed to understand and counteract. The Islamic State has been effective at convincing young Muslims in the West that they are importantly connected to a diffused Muslim identity and that injuries to that identity—even old ones—constitute current injuries to Muslims everywhere.

How does that work—especially in the case of people who have not necessarily suffered serious, continuous humiliation? How does a young engineer from Brussels or a young medical student from London become personally humiliated by the Sykes Picot agreement? How justified are these feelings of humiliation and what can be done to diminish them? What do controversial policies such as the blanket ban on the entry of Muslims from certain countries to the United States do to exacerbate such feelings? Would a policy of avoiding current and repairing past wrongs help to defang the Islamic State’s propaganda of humiliation? Or would such efforts merely render these resentments among its followers less legitimate (if they still persisted)?

The need to understand the workings of political humiliation becomes all the more pressing when we consider that this discourse may well be the thread connecting Islamic radicalization with Western variants of extremism, such as the rise of white supremacy and European ultra-nationalism. In all cases talk of lost status, indignity and anxiety about being supplanted by alien forces animates rage and political alienation. Sometimes these feelings are grounded in real historical humiliations. Sometimes not. And yet, the feelings are quite real and can, as we have seen in Iraq and Syria, dramatically catalyze violence. We ignore them at our own peril.

Nir Eisikovits is director of the Applied Ethics Center at UMass Boston. For the past few years he has taught a seminar on the rise of the Islamic State and he is writing about the organization’s political philosophy.