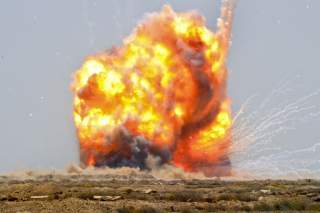 The emergence of the Islamic State, formerly known as the Islamic State of Iraq and al-Sham, marks a radical evolution in how terrorism is conceptualized—changing the conventional model embodied by Al Qaeda and the September 11, 2001 attacks. IS/ISIS’s new form of terrorism is grounded in territorial control, annexation and declarations of sovereignty.

Originally affiliated with Al Qaeda and its leader Ayman al-Zawahiri—who succeeded Osama Bin Laden—IS/ISIS soon diverged and developed its own agenda of creating an Islamic state. After the death of its former leader, Abu Musab al-Zarqawi, during a joint U.S.–Iraqi raid on June 7, 2006, and with the rise of the anti-Al Qaeda Sahwa groups headed by moderate Sunni tribal leaders, IS/ISIS was on the verge of being eradicated. Yet the group has been regenerated under the leadership of Abu Bakr al-Baghdadi, who reformulated the identity of IS/ISIS as a Sunni organization dedicated to confronting Shiite domination in the Levant.

As a former founder of Jabhat al-Nusra, an Al Qaeda affiliate in Syria, al-Baghdadi requested Nusra’s allegiance. The latter refused on the basis of its commitment to Al Qaeda’s modus operandi and its focus on Syrian territory. This break with Al Qaeda marked the turning point in IS/ISIS’s evolution into a new form of terrorism.

Traditionally, terrorist groups aim to undermine the legitimacy of a ruling entity, destabilize a country’s security, weaken political institutions, drain a country’s armed forces, topple regimes and generate power that would allow them to control entire communities. Violence, suicide attacks, criminal behavior, and targeting civilians are the conventional means to achieve their goals. Al Qaeda was an exemplary group, applying this textbook model of conventional terrorism.

Not only has IS/ISIS resorted to these techniques to plant fear in the heart of the populace, but it has also upgraded it. IS/ISIS is trying to expand and control more territories and put them under its direct rule as it seeks to create and govern a Sunni heartland that bisects the Shiite-led alliance that stretches from Tehran to Hezbollah’s stronghold in Lebanon.

Holding Territories as a Method

By aiming to hold on to territories, IS/ISIS breaks with conventional terrorist strategies that rely on hit-and-run warfare. Controlling terrain is usually seen as a way to expose terrorist groups, making it easier to identify their location and limit their mobility, thereby rendering them vulnerable to regular army attacks. Terrorists typically avoid engaging in direct confrontation with regular armies that have larger forces, superior firepower and better equipment. Yet, IS/ISIS did engage in a direct confrontation with the Iraqi armed forces in Mosul, causing them to withdraw and leave behind military equipment and supplies.

In addition, traditional terrorist groups do not signal their future targets or forewarn the public. IS/ISIS is already declaring its aim to stretch to cities with Sunni majorities from Syria to Iraq, including its goal to seize Baghdad.

IS/ISIS appears to have learned from the mistakes of its former leader al-Zarqawi. It is not looking to alienate, terrorize, or attack Sunni tribal leaders in the areas within which it operates. Instead, IS/ISIS is presenting itself as a reliable defender of Sunni communities and as a vital partner to Sunni tribal leaders, empowering them to face Iranian-backed Shiites. Such an endeavor is allowing IS/ISIS to spread and take over cities with Sunni majorities. Once IS/ISIS gains control of a territory, it imposes a hierarchical, socioreligious rule over it—one that does not recognize national identities and instead prefers religious sectarian affiliation, particularly Sunni Islam—and applies Islamic Sharia law.

Restoring the Islamic Caliphate that ended with the fall of the Ottoman Empire in 1924 was one of Al Qaeda’s stated goals, but it was never realized. IS/ISIS already declared it, designating al-Baghdadi as caliph of all the world’s Muslims.

Announcing the reestablishment of the Islamic Caliphate is a turning point that will allow IS/ISIS to attract thousands of extremist fighters from across the globe. In addition, jihadists who were previously fighting with other fundamentalist and Islamic extremist groups could shift their allegiance to the up-and-coming IS/ISIS. Supporters of the jihadist cause worldwide could also invest in the newborn and recently declared caliphate.

IS/ISIS represents an international threat that even supersedes Al Qaeda.

Upgraded Methods to Deal with IS/ISIS

Traditional counterterrorism techniques that include the use of force—such as airstrikes targeting areas where terrorist groups operate, taking out leaders and members, engaging in direct combat with supporters and mass coercive actions against potential followers—are not viable in the case of IS/ISIS.

IS/ISIS’s merger of terrorist tactics against its enemies and state-building behavior in areas it controls, in addition to its exploitation of sectarian tensions, has succeeded in winning the support of local communities. Because of its popularity, a potential U.S. airstrike aimed at eradicating IS/ISIS will only generate more hatred and aggression toward the United States, pushing more Sunnis to support the group. Assassinating tribal leaders who are cooperating with IS/ISIS will also make them martyrs in the eyes of their communities. Detaining potential followers and supporters will, likewise, increase IS/ISIS’s appeal and justify its rhetoric.

Thus, in dealing with this upgraded form of terrorism, upgraded counterterrorism methods must also be used. Foreign intervention will not help in the fight against IS/ISIS. The international community should focus on disassociating IS/ISIS from its preferred narrative as a religious protector. At the same time, the group’s criminal and terrorist actions must be made clear to local communities. The group’s narrative must be deconstructed by highlighting the incompatibility of the group’s ideology with the values of Islam. IS/ISIS’s state-like conduct must be rescinded, by reviving national pride. This can only be done by addressing the real problem of Sunni alienation and exclusion from power in Iraq and Syria.

In the post–Saddam Hussein era, the Iranian-backed Iraqi government did little to strengthen national unity, assimilate Sunni tribal leaders, and integrate former combatants into the army. IS/ISIS was able to attract all those who suffered from this sociopolitical exclusion. In Syria, the weak support of the international community for the moderate Syrian rebels propelled fighters toward extremism. The United States and the international community should, therefore, actively support the moderate Syrian opposition in its fight against IS/ISIS, rather than allow the push toward more extremism to continue as a result of the United States’ not meeting the West’s promised commitments to supply the Free Syrian Army with lethal weapons.

Putting American boots on the ground will likely fail. Any foreign military presence on Iraqi soil will help IS/ISIS garner more support and be identified as a resistance force against foreign occupation, especially in the eyes of Sunnis. In addition, if the Iraqi army is unwilling to engage and it shies away from confronting IS/ISIS—as it did in Mosul—it will have insufficient local buy-in and therefore no foreign intervention will be able to succeed.

The Iraqi government must resort to the inclusion and integration of Sunni communities in political power and advance a national reconciliation agenda instead of moving toward more polarization, as Maliki has done in addressing the Kurdish and Sunni communities. What is more dangerous is the call for the formation of Shiite paramilitary groups to support the regular army, instead of focusing on improving the fighting prowess and spirit of the army, as well as recruiting combatants under its wing.

By strengthening a sense of Iraqi national identity that accepts sectarian diversity and assimilates it into governing institutions, the fight against IS/ISIS could have a higher chance of success.

Mario Abou Zeid is a research analyst at the Carnegie Middle East Center, where his work focuses on Middle Eastern politics, particularly the Levant region.