ISIS and the Logic of Anarchy 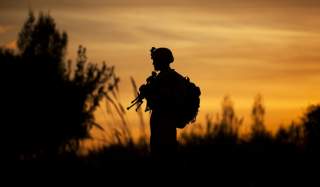 The terrorist attacks in Paris, beyond their obvious horror, recalled to me the words of the late Bernard Fall, a French-American historian and war correspondent in Vietnam. In 1965, Fall wrote: “When a country is being subverted it is not being outfought; it is being out-administered. Subversion is literally administration with a minus sign in front.” ISIS has subverted western Iraq and eastern Syria because it is out-administering the Baghdad and Damascus regimes there. That is, ISIS has erected a competent bureaucratic authority covering everything from schools to waste removal which, combined as it is with repression, is secure and stable. And with that territorial security, ISIS has apparently created a central dispatch point for planning terrorist attacks abroad. Eventually, the end of ISIS can only come about when some other force out-administers it.

ISIS is the upshot of anarchy, in other words: a situation which obtains when a populated territory is without administration, so that warrior bands prevent anyone from feeling secure. The toppling of a secular Baathist regime in Iraq in 2003 and a revolt against another secular Baathist regime in Syria in 2011 reduced those countries to dust and chaos. Baathist totalitarianism, followed by such chaos, meant that only a movement equally extreme in its own right could take root and flourish in the vacuum. Thus, whatever strategy we follow against ISIS must have as its endgame a plan to out-administer it, or else anarchy will simply return and ISIS along with it.

Should we put boots on the ground?

Of course, this would create an alternative administration to ISIS. But that means nation-building and there is no public appetite in the United States, France, or elsewhere in the West for that. I would distrust the public mood at the current moment, since rage deceives itself regarding its long-term willingness to sacrifice. A realistic war plan must be cognizant of what the public mood will be after many more news cycles; it will be very different from this one. The Bush administration's critical mistake was to plan an anti-terror strategy—from interrogating enemy combatants to invading countries—based essentially on the public mood in the first days and weeks after 9/11.

Should there be an international coalition?

Surely that will exist, as it did for the invasion of Afghanistan, but not like for the invasion of Iraq. And that will help. An international coalition does buy you time: if many consequential countries are involved, the home front in each of them will tend to be more patient and understanding when setbacks inevitably occur. Still, the idea that an army of largely Christian soldiers from America and Europe is going to permanently pacify toughened outlaw cities, brimming with Islamic religiosity, is inherently problematic.

Should we cooperate with the Assad regime and Iran?

Assad's tyranny is why the Syrian civil war is going on in the first place. As for Iran, its occupation, direct or indirect, over eastern Syria and western Iraq would create a more powerful regional hegemon, hostile to the West. Augmenting Iranian power would be a high price to pay for subduing ISIS. On the other hand, Iranian-backed Shia groups are not presently committing terrorist acts in the West, even as Assad represents, with Russian help, the most powerful and secular force in Syria at the moment. Given that foreign policy is a hierarchy of needs, perhaps utilizing Assad and the mullahs (and the Russians, too) against ISIS is demonstrably in the West's interests. The point is to out-administer ISIS in eastern Syria and western Iraq through some kind of occupation force that will not use its newly established sovereignty to plan terror attacks on the West.

Why can't the Iraqi government administer these places?

If the Iraqi government had the capacity for adequate administration, it would not have lost places like Fallujah and Ramadi in the first place. Remember, ISIS emerged in all its horror when it out-administered the Baghdad regime in Mosul.

What about the Kurds?

They are a partial solution. But owing to the mountainous geography of the ethnic Kurdish homeland, Kurdistan does not sufficiently overlap with the sprawling ISIS terrain in the desert.

What about utilizing certain elements of all of the above? That is, what could likely emerge is an international coalition with very modest numbers of boots on the ground; continued military support for the Kurds; and back-channel political deal with Damascus, Baghdad, Tehran and Moscow. The point is, all of this will be hard, truly hard.

There is also the Rumsfeld-Cheney approach—what the two men actually wanted to do in Iraq, as opposed to what they ended up doing: topple Saddam and leave quickly, period. The corollary to that might now be: bomb, bomb, bomb ISIS territory, with a dramatic upsurge of drone strikes and intelligence operations to make a place such as Raqqa unlivable even for ISIS itself. But you shouldn't occupy any territory in this game plan. That way, you don't have to out-administer anyone. I just don't see how such a strategy ends, though, since somebody will eventually have to fill the void. Thus, like their Iraq plan, it offers no solution.

Ultimately, a new order must emerge in the Levant from the anarchy unleashed by the collapse of Baathist regimes, in which all intermediary layers of civil society, between the dictator on top and the tribe and extended family at the bottom, were eviscerated. The West has decreed that such a new order cannot constitute the warriors of ISIS. So who and what will out-administer it?

Robert D. Kaplan is a senior fellow at the Center for a New American Security and the author of 16 books on foreign affairs, including "In Europe's Shadow," to be published in February.