ISIS vs. Al Qaeda: What Lies in the Future of Global Jihadism? 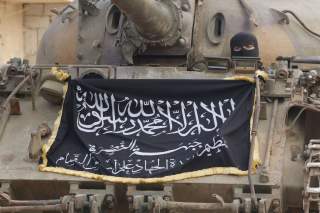 The IS – Al-Qaeda Dispute (excerpt from Chapter 4 of After the Caliphate, Polity Press, 2019)

The fall-out from the split between IS and al-Qaeda has led to a competition viewed by both sides as zero sum in nature, where progress by one of these groups signaled a loss for the other. One of the primary drivers of such a heated competition is that, in many ways, the ideology and objectives of the group are so similar. The Islamic State reverted to extreme levels of violence as one method of differentiating itself from its rivals, including al-Qaeda. Both groups are attempting to recruit from the same milieus and influence similar constituencies. The main differences are that IS sought to create a caliphate on a timeline considered premature by al-Qaeda, and IS pursued a far more sectarian agenda in attempting to achieve this objective. Whether and how these differences are ever resolved will have a major impact on the future of the movement writ large.

The split itself occurred at the leadership levels of these groups, so one of the most interesting questions is: to what extent do foot soldiers and mid-level commanders really care, in actuality, about the previous infighting and strategic disputes? For some of the fighters at these levels, there is an obvious parallel to conflicts between street gangs, where members like the Bloods and Crips “fly their colors” – or represent their gangs by wearing their distinctive colors – and continuously disparage their adversaries by posting “dis videos” online, mocking and threatening rivals. The bitterness and divisiveness of the feud has played out on social media, with leaders on each side hurling vituperation and casting opprobrium on the other as “bad Muslims.” The initial castigation came from al-Qaeda’s leader Zawahiri himself, who fulminated against IS for being deviant from the al-Qaeda methodology.

The truth is, as outlined in chapter 1’s discussion of al-Qaeda in Iraq, that the relationship was doomed from the start. The group that would eventually become IS has always been something of a rogue element, formed and led by Zarqawi, who fought hard to preserve the independence of his affiliate. Even after pledging his loyalty to bin Laden and assuming the al-Qaeda moniker, Zarqawi still ignored directions from al-Qaeda’s core leadership and narrowly pursued his own sectarian agenda in hopes of igniting a Sunni–Shia civil war, first within Iraq, and then throughout the wider Islamic world. One of al-Qaeda’s first steps to present itself as more evenhanded was denouncing blatant sectarianism and working to convince AQI to jettison sectarianism as a guiding principle. When, in July 2005, Zawahiri penned a letter to the leader of AQI chastising him for his group’s wanton slaughter of Shiites, the former stressed the overall negative impact these actions were having on the al-Qaeda brand and urged him to eschew targeting other Muslims. When Zarqawi disregarded Zawahiri’s advice, he cemented AQI’s reputation as a ruthless organization where violence was almost an end in and of itself.

So while the initial rift began deepening in Iraq in the mid-2000s, it developed into an internecine struggle during the early years of the Syrian civil war. Following the fall-out, al-Qaeda has worked assiduously to reestablish itself as a major factor in the Levant; to accomplish this, it has been forced to overcome several significant setbacks related to its organizational unity and coherence. Al-Qaeda’s initial presence in Syria was through an affiliation with Jabhat al-Nusra, the Islamic State in Iraq’s erstwhile Syria branch. In mid-2016, Nusra rebranded itself as Jabhat Fateh al-Sham and later merged with other terrorist splinter groups to form Hay’at Tahrir al-Sham (HTS), a jihadist umbrella organization, which put even more distance between itself and al-Qaeda. As of mid-2018, al-Qaeda had no formal affiliate in Syria but still commanded the loyalty of several high-profile militants. Some al-Qaeda loyalists announced the formation of yet another new group, Tanzim Hurras al-Din, or the Religious Guardians’ Organization, in 2018. While HTS remains focused on events in Syria, Tanzim Hurras al-Din is headed by al-Qaeda veterans who may seek to use Syria as a base to launch high-profile terrorist attacks against the West. This posture is a departure from al-Qaeda’s recent focus on grassroots appeal in Syria and, if it comes to fruition, it will probably have significant ramifications for the group’s return to its former glory. Another important angle is that there are several Jordanian jihadi veterans among Tanzim Hurras al-Din’s leadership cadre who were close to Zarqawi and, as such, there is both historical and ideological affinity with IS, which increases the probability that Hurras might successfully poach IS members and bring them into the al-Qaeda fold.

The rebranding process for al-Qaeda in Syria was undertaken partly out of necessity, but it was also strategic in nature. From a pragmatic standpoint, the rebrandings have served to put some distance between al-Qaeda and a host of imitators and rivals. This could be an effort by the group to learn from past mistakes, when the leadership’s reluctance to publicly disavow Zarqawi traded short-term gains for long-term losses and eventually contributed to the split, an event that seemed like an existential threat to al-Qaeda throughout 2014. The strategic part of the rebranding is no different from a company’s use of public relations and marketing to refashion its image – al-Qaeda now seeks to present itself as the “moderate alternative” to the Islamic State. The IS brand was represented by the caliphate and the group’s reliance on anomic violence, while al-Qaeda sought to position itself as an organization more adept at strategic planning and with more attractive prospects for enduing success in the future.

Although the rebranding is considered a feint by many counterterrorism scholars, it just might have worked to recast al-Qaeda’s image within Syria. And so, even while the emergence of IS at one point threatened the existence of al-Qaeda, it also presented the latter with an opportunity. Al-Qaeda’s calculated decision to distance itself from its former satellite organization was an effort to portray itself as a legitimate, capable, and independent force in the ongoing Syrian civil war. Another objective was to prove that the militants were dedicated to helping Syrians prevail in their struggle. Finally, it would give core al-Qaeda a modicum of plausible deniability as it paves the way for its erstwhile allies to gain eligibility for military aid from a collection of external nations.

Now that the Islamic State has lost its caliphate, al-Qaeda may be the only group viewed as militarily capable of challenging the Assad regime’s grip on power, although, as of mid-2018, that seems like a long shot. Al-Qaeda could certainly prove to be the longer-term threat to stability in Syria, primarily due to its grassroots support and local appeal. Unlike the Islamic State, al-Qaeda is perceived as an entity willing to work with the population and possessing the resources necessary to provide at least some of the trappings of governance. In the long term, al-Qaeda could resemble Lebanese Hezbollah – a violent non-state actor that has solidified political legitimacy while still retaining its ability to wage large-scale acts of terrorism and political violence.

Depending on where it operates, al-Qaeda has shifted between protector, predator, and parasite, labels which are not mutually exclusive. In both Yemen and Mali, its members demonstrate a remarkable knack for pragmatism when operating in the midst of brutal civil wars. After infiltrating local rebel groups, al-Qaeda fighters parrot their grievances and champion parochial objectives. After ingratiating its fighters, al-Qaeda then ramps up proselytization efforts and introduces a narrative defined by a mixture of local and global themes. Unlike the Islamic State, al-Qaeda is willing to work with other groups, as it has been doing in Syria, where it typically puts locals in charge of units, battalions, and other military formations, lending a sense of local legitimacy to its face in the country. Moreover, al-Qaeda has displayed a penchant for cooperation beyond immediate conflict zones, as evidenced by on-again, off-again tactical cooperation with Iran.

One of the most debated issues within the global jihadist movement is the so-called “near versus far debate” about which enemies the militants should concentrate the bulk of their efforts fighting – local apostate regimes or Western countries, especially the United States, but increasingly also the United Kingdom, France, and Australia. Al-Qaeda in Syria has managed to boost its brand through the provision of local services, including water and electricity, while also working to support local bakeries and control market prices of basic foodstuffs. Its leadership publicly announced that it will refrain from attacking the West, at least temporarily, in order to avoid Western counterterrorism reprisals, while simultaneously conserving its resources to concentrate on overthrowing the Assad regime, by far the top priority of Syrian Sunnis.

Al-Qaeda’s Syrian leadership also recognizes that it is infinitely more successful when it focuses on local issues instead of a more amorphous and contested struggle with the West. These tensions seem to be at least partly to blame for the continued fracturing and splintering of al-Qaeda in Syria and its multiple iterations and offshoots. The debate over whether to focus locally or to revert back to a relentless quest to conduct spectacular attacks in the West could lead to a long-term and enduring fissure within the global jihadist movement. With the movement already divided by the al-Qaeda – IS split, this issue, similar to the decision on when to attempt to establish the caliphate, is a core ideological debate that is unlikely to be settled anytime soon.