ISIS's Finances Are Surprisingly Sophisticated. America Needs to Catch Up. 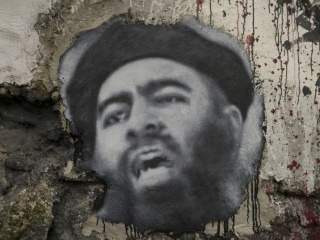 In the wake of the attacks in Paris last month, the U.S.-led coalition ramped up airstrikes against ISIS’s oil enterprise significantly. The escalation is part of a larger plan unveiled earlier by Defense Secretary Ash Carter to go after the group’s “financial infrastructure.” The need for such strikes reflects a broader truth about the terror finance landscape. Some of today’s most dangerous terrorist groups are no longer vulnerable to the traditional means of disrupting their cash flow.

Like any opponent, the key to defeating a terrorist group is to target its center of gravity. For Al Qaeda in the wake of 9/11, that meant going after donations from wealthy supporters in the Gulf and elsewhere. To do that, the United States built a set of robust tools to prevent those donations from flowing through international financial system. Perhaps the most important tool has been the use of designations to compel banks and other financial institutions to block transaction linked to terrorist groups.

While these tools were very effective, the goalposts have shifted. Across the Middle East, a new breed of terrorist insurgencies with deep pockets has sprung up to fill the vacuum left by popular upheaval and civil war. These groups work to destabilize the region, often as part of sectarian conflict that pits them against other terrorist groups like Hezbollah. Foreign donations no longer constitute the center of gravity for these opponents. As a result, the toolkit that starved core Al Qaeda of cash is less effective in this fight. Three trends help explain why.

The first trend is a shift away from foreign donations toward other sources of support. Unlike core Al Qaeda, the new wave of jihadi groups seek to conquer and hold territory. They self-finance by extracting rents from the lands and people they control, a trend of which ISIS is only the most prominent example. But the millions of dollars in monthly revenue from oil and gas are just part of the story. ISIS also raises millions by taxing or extorting the local population and trading in illicit goods like antiquities. Groups like Boko Haram in Nigeria or Al Shabaab in Somalia have adopted similar self-funding strategies; the latter lines its pockets with as much as a third of Somalia’s $250 million annual trade in charcoal.

State sponsorship is the other main source of terrorist financing in the Middle East. This phenomenon is not new. Iran, the largest state sponsor in the region, has been providing groups like Hezbollah with hundreds of millions of dollars for years. Many of the pre-9/11 counterterror finance tools were developed to combat state sponsorship. Sanctions on Iran’s nuclear program played a critical role in getting Tehran to the negotiating table. But sanctions have been less effective in disrupting its support for terrorism. This is due in part to Tehran’s ability to move cash to its proxies in bulk through Syria and Lebanon. And there are concerns that some of Iran’s financial windfall from the nuclear deal will find its way to these same groups.

The second trend is shift towards a wider range of threats than the spectacular terrorism of Al-Qaeda prior to 9/11. ISIS poses a threat to the U.S. homeland, one that is on the rise with the number of European and even American fighters joining its ranks. But it was the insurgent threat to the Iraqi state and the humanitarian threat of a mass atrocity on Mount Sinjar that galvanized the initial U.S. response to ISIS. Groups like Hezbollah have served as a nexus of threats—terrorism, criminal enterprise and insurgency—for decades. But the surge of new jihadi organizations bent on destabilizing the Middle East argues for an urgent and comprehensive response now—one that tackles the full spectrum of threats posed by these groups.

The third trend is a shift by these terrorist groups away from dependence on monetary transfers, and towards reliance on a wide array of networks to facilitate their operations. Groups like ISIS or Boko Haram in Nigeria maintain a much larger physical and human footprint than core Al Qaeda. They use ratlines to move supplies and material. They rely on networks to generate revenue through trade in illicit goods and to transit foreign fighters and other recruits. Such groups depend on facilitation networks more than they do on bank transfers. These networks are a critical center for gravity for the next generation of jihadi groups, and must be a priority in any comprehensive response.

To confront these trends, it is no longer enough to defend the international financial system from abuse. As we argue in a recent report, sanctions against terrorist financiers must be integrated into a wider strategy to disrupt the flow of resources to the main sources of threat. Such a strategy would recognize that “sanctions from the sky” are now part and parcel of the terror finance playbook, and work to synchronize designations with kinetic action, law enforcement and border control to better target the terrorist bottom line. The key will be integrating the interagency toolkit at the operational level, much as was done by the Iraq and Afghanistan Threat Finance Cells.

The Obama administration is right to consider more aggressive action against ISIS’s economic base. But it should also seize the moment to mobilize the whole of government against terrorist groups across the region more broadly.

Hardin Lang is a Senior Fellow at the Center for American Progress.