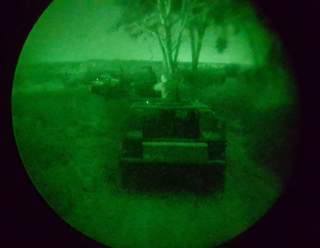 It became almost a habit now for Tunisia to make global headlines following a major attack in the country and then fade into the darks for the few, falsely quiet months in between attacks, only to surprise everyone again when yet another attack occurs. Such has been the case following the March 2015 Bardo Museum attack in Tunis, the June 2015 Sousse attack and the November 2015 suicide bombing in Tunis. Thus, the roaring silence emanating from Tunisia since the most recent attacks in Ben Guerdane in March is ominous, not a sign of reassurance.

The Islamic State group (ISIS), which had thus far conducted all of the aforementioned major attacks in Tunisia and is therefore the main threat to the country at this point, has a very clear grand strategy in respect to it. This strategy is derived from the group’s ultimate objective of taking over Tunisia as part of its quest for establishing a “global caliphate,” but also from the realization that the time isn’t ripe for it yet, as Tunisia is still a relatively stable country with a security apparatus that will repulse any such attempt. Therefore, ISIS is now setting the stage for this future endeavor by making Tunisia appear unsafe for foreigners, since they make up a significant part of the Tunisian economy via tourism, foreign companies, foreign direct investment, etc. By scaring off foreigners, ISIS hopes to disrupt Tunisia’s revenue, damage its economy and ultimately destabilize it. This has actually been partially successful, as inbound tourism rates to Tunisia dropped by at least 20 percent in the recent year, leaving previously bustling beachside resorts desolate and dealing a major blow to one of the country’s main industries.

Tunisia had taken far reaching actions to try preventing another attack and implementing a sense of security. It built a barrier along its border with Libya, which Tunisia perceives as the main threat its security due to the large ISIS stronghold there and the overall chaotic situation. However, this proved to be an utter failure, as it not only failed to prevent the large incursion that lead to the Ben Guerdane attack, but also doesn’t mitigate the regular smuggling activity between the countries. Tunisia’s ongoing state of emergency (which was reinstated after the Tunis suicide bombing) as well as alternating curfews led to the arrests of more than one thousand suspected militants, but also antagonized much of the populace. The Tunisian Armed Forces (TAF) have had some successes when raiding the mountain hideouts used by militants along the border with Algeria, yet militants’ presence remains strong there, and they are able to conduct infrequent attacks, like on March 18 when the Sakiet Sidi Youssef border post was stormed. In fact, the TAF had advance notice of ISIS presence in Ben Guerdane and conducted preventative measures there on March 2, and while they did blunt its edge, they were not able to prevent the main attack that took place only five days later. Western countries even lent a hand, the United Kingdom sending SAS teams to help train Tunisian forces in border security, while the United States pledged approximately $25 million to help fund the electronic-surveillance system along the Tunisia-Libya border, and is also flying aerial surveillance missions over and near Tunisian territory, and has even deployed on-the-ground advisors to Tunisian forces. This has certainly been a significant boost to TAF capabilities, but the latter’s situation still leaves a lot to be desired.

Militants, both from ISIS and the lesser-prominent al-Qaeda in the Islamic Maghreb (AQIM) affiliates, such as Okba Ibn-Nafaa Brigades, enjoy use of favorable terrain in some areas of the country, as well as historically-rooted support of some of the local population to try and, as Mao once put it, “move among the people as fish swims in the sea”. Additionally, they maintain connections to variable degrees within different levels of the security apparatus, which allows them to obtain supplies, sustain themselves and evade elimination, and most importantly acquire valuable intelligence. While their presence is mostly known to be quarantined to the border regions, militants actually have a substantial foothold in the heartland of Tunisia- in the capital, and along the coast, where much of the tourism and industries are clustered. For example, on May 11 a cell of at least eighteen militants pending an inbound large weapons shipment containing assault rifles and RPGs was detected and raided in one of Tunis’ northern suburbs.

The false sense of security that accompanies each foiled attack should raise an even larger red flag (or rather a black banner), as they show that despite all the active measures taken and their relative success, militants still hold the motivation and capabilities to carry out a major attack in Tunisia’s soft underbelly. When foiling attacks before they are carried out becomes the norm, rather than addressing the core of the issue, eventually one such attempt is almost bound to slip past the net. The stakes are even higher now, at a time when ISIS is losing ground in Iraq and Syria, and more importantly in Tunisia’s neighbor, Libya. While this certainly takes away from their capabilities and resources, it also puts ISIS in a situation where it has more to prove, where it wants to show that it is still relevant and should not be written off quite yet, and also in which it wants to attract more support, recruits and money, to help it in its dire situation. Historically, this equation usually adds up to conducting high-profile attacks against soft targets beyond the group’s “normal” operational areas, including, possibly, Tunisia.

Oded Berkowitz is an Intelligence Manager and Senior Analyst specializing in the North Africa region at MAX Security Solutions, a geo-political and security risk consulting firm based in the Middle East. He tweets at @oded121351.