Israel and American Jewry: A Parting? 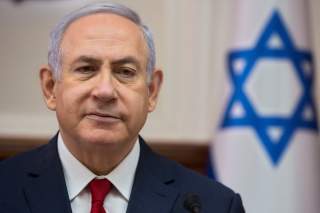 It was not only the message but the messenger who could not have been more wildly inappropriate, bordering on the obscene. Recently, Bennett urged Israel’s cabinet to endorse Knesset legislation that would have allowed Israelis to kill Palestinians engaged in anti-Jewish terrorism even when they no longer represented a threat (a practice that according to Israeli human-rights groups is actually occurring even without formal legal approval). When admonished by Israel’s National Security Advisor that this would be a criminal act, Bennett responded, “I have killed many Arabs, and it’s not a problem.” Apparently it is a problem for Bennet only if Jews are killed.

The embrace by Israel of countries and leaders with a proclivity for authoritarianism, fascism and anti-Semitism, even as it demonizes democratic countries that refuse to grant impunity to Israel for its violations of international law and international agreements, marks a historic parting of the ways between American Jewry and the Jewish State. For whatever other problems cause deep strains between these two major centers of Jewish life today—particularly Israel’s treatment of Conservative and Reform Judaism, which Israel’s government considers, in both law and practice, as virtually non-Jewish faiths—most American Jews (with the exception of Sheldon Adelson) cannot accept a Judaism that sees democracy as irrelevant to its Jewish identity, however defined. It should not surprise that the Netanyahu government, which is funding far-right groups that seek to restore Temple sacrifices on the Temple Mount, is denying funding to Israeli human-rights nongovernmental organizations.

Apologists for Israel’s policies—in increasingly diminishing numbers in the American Jewish community and in the U.S. Congress—argue that Israel’s entreaties for a resumption of the peace process have been rejected by the Palestinians. The hypocrisy of that argument is underscored by the three quarter million Jewish settlers who now possess territory on which the Palestinian state was to have been established.

The fear that opposition to Israel’s policies by American Jews may lead to a loss of Jewish identity is misguided. Indeed, there is something perverse in the notion that deeper engagement by younger American Jews in political activity in support of greater justice for disenfranchised Palestinians may lead to a loss of their Jewish identity, rather than would their indifference to this injustice. According to no less an authority on the subject than the Prophet Isaiah, pursuing justice is a far more important expression of Jewish identity than even prayer, fasting and Temple sacrifices on Yom Kippur. (Isaiah, 58)

Is the view of the developing alienation of American Jewry from the State of Israel exaggerated? Should American Jews not be encouraged by the possibility of a return to an earlier acceptance of democratic norms that existed under the Labor party, and of an end to the occupation, as the result of a possible Benny Gantz victory in the upcoming national Israeli elections? Many in Israel see Gantz as the reincarnation of Yitzhak Rabin and Ehud Barak. Netanyahu has already demonized Gantz as a “leftie.”

Even if we were to dismiss the view of Ha’aretz’s Chemi Shalev, who wrote that Gantz’s campaign-launch “had all the hallmarks of a jingoistic junta with neo-fascist leanings,” the more optimistic view of Gantz is likely to turn out to be a pipe dream. Rabin was not the imagined Rabin, for like Netanyahu he refused to allow Palestinians sovereignty even in East Jerusalem, and Ehud Barak was not the imagined Barak. When Netanyahu spoke at a fiftieth anniversary celebration of the settlement movement, he was bitterly attacked by Barak—not for the damage settlements have done to prospects for peace, but for not acknowledging that it was the Labor Party that fathered the settlement project.

In his opening speech announcing his new party’s platform, Gantz declared that in any peace agreement with the Palestinians, Israel’s permanent security border must be the border with Jordan, and Jerusalem will remain the undivided capital of Israel. These positions were championed by Netanyahu and the Likud in order to bury Oslo. As stated bluntly by Netanyahu, this was intended to assure that however any new Palestinian entity will look like or whatever it will call itself, as far as Israel is concerned it will never be a sovereign state, for the West Bank will remain permanently under Israeli military occupation. It is a policy Gantz endorsed.

Netanyahu understands that his romance with authoritarian leaders will alienate American Jewry, and not only the younger generation. He believes that if Israel must choose between American Jewry and Trump, he will stick with Trump, as well as with the Evangelicals and the alt-right. Israelis, for the most part, do not care about that preference. American Jews, for the most part, do care. And they will continue to care about what happens to Israel, even if their caring is of the kind that Netanyahu and most Israelis would rather do without. And if Israelis will continue on the path Netanyahu has set them on, then Israel’s best and brightest are far more likely to find themselves on America’s shores than American Jews will find themselves offering sacrifices on the Temple Mount.

Following completion of this essay, the world learned of Netanyahu’s agitation to bring the former Israeli Kach party into the circle of political parties supporting his candidacy in the coming Israeli elections. It seems this may finally have outraged even the old line grandees of the American Jewish establishment organizations who until now have not allowed Netanyahu’s outreach to racist and anti-Semitic governments to compromise their support for Netanyahu or for the coalition government that he heads.

By aligning himself with Jewish terrorists that the U.S. government has barred from entry into America, and that previous Israeli governments barred from Israel’s political life, Netanyahu may finally have crossed a line that even these loyalists can no longer abide. We will see.

Henry Siegman is President Emeritus of the U.S./Middle East Project and a past senior fellow on the Middle East at the Council on Foreign Relations. He was a Visiting Research Professor at SOAS, and formerly headed the American Jewish Congress and the Synagogue Council of America.