Is Israel Preparing to Strike Hezbollah? 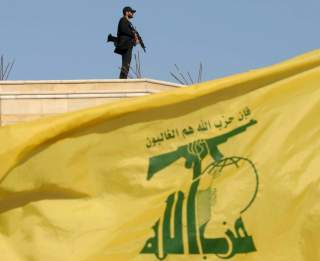 Israel appears to have exhausted its low risk methods for stopping Hezbollah-Iran efforts to produce advanced weapons in Lebanon, and it is now faced with a choice: deterrence or preemption. Relying on the imperfect and uncertain idea of deterrence would entail unacceptable risks that are likely to increase exponentially over time. Instead, Israel should opt for a precision strike against Hezbollah’s production facilities while clarifying that it is prepared for, but does not seek, a wider war. Though a targeted strike has up-front costs and does not guarantee that Hezbollah will not rebuild its production facilities, failing to act will likely exact an even greater price in the next conflict, and could leave Israel poorly positioned to protect its interests in the future.

Ari Heistein is the special assistant to the director at the Institute for National Security Studies in Israel.

Image: A Hezbollah member carries his weapon on top of a building as Lebanon's Hezbollah leader Sayyed Hassan Nasrallah appears on a screen during a live broadcast to speak to his supporters at an event marking Resistance and Liberation Day, in Bekaa valley May 25, 2016. The event is to commemorate the 16th anniversary of Israel's withdrawal from southern Lebanon. REUTERS/Hassan Abdallah