Israel and Saudi Arabia: A Changing Region, a Possible Partnership? 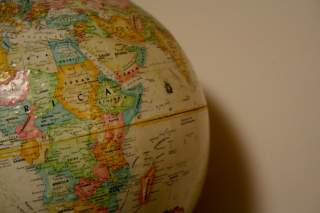 Only days prior to the eruption of the latest round of fighting between Israel and Hamas, the former director of Saudi intelligence, Prince Turki Al Faisel, published an op-ed in Israel’s Haaretz newspaper in which he reiterated the Kingdom’s support of the Middle East peace process and of the Arab Peace Initiative in particular. Prince Turki, who previously also served as ambassador to the United States, outlined what his dream of a two-state solution may mean for Saudi Arabia and Israel, Washington’s two most important regional allies. “Let me dream . . . Imagine if I could get on a plane in Riyadh, fly directly to Jerusalem, get on a bus or taxi, go to the Dome of the Rock Mosque or the Al-Aqsa Mosque, perform the Friday prayers, and then visit the Western Wall and the Church of the Holy Sepulchre.” Turki is not only the first Saudi official to publish an op-ed in an Israeli newspaper, but his piece also breaks ground as he recognizes the Jewish people’s historic ties to the land of the Bible while opposing the Israeli occupation of the West Bank by arguing, “And what a pleasure it would be to be able to invite not just the Palestinians but also the Israelis I would meet to come and visit me in Riyadh, where they can visit my ancestral home in Dir’iyyah, which suffered at the hands of Ibrahim Pasha the same fate as Jerusalem did at the hands of Nebuchadnezzar and the Romans.”

Although the prince’s op-ed should be considered a clear olive branch to Israel, it also clearly reaffirms the Arab League’s well-known position: normalization with Israel is contingent upon an Israeli-Palestinian peace agreement. Furthermore, despite Turki’s positive rhetoric in support of a two-state solution, it can also be argued that Israel and Saudi Arabia, each with its own logic, seem to prefer to maintain a dual policy that on one hand, accepts the lack of normalization, but on the other, maintains active, albeit tacit, ties.

Within a regional context, Saudi Arabia and Israel both actively oppose Tehran’s nuclear ambitions and seek to curb Iranian attempts to secure regional hegemony. Saudi Arabia and Israel are also perturbed by signs of a possible U.S. shift away from the Middle East. However, in spite of converging interests, full diplomatic relations are not on the table as long as there is no significant political breakthrough between Israel and the Palestinians, as Turki outlines in his op-ed. At the same time, a framework for the prospects of bilateral relations was established in 1982 when King Fahd officially abandoned the Kingdom’s policy of rejecting Israel’s right to exist. A decade later, following the Madrid conference of 1991, a number of rapprochement efforts were underway as the two countries participated in five working groups dealing with regional issues. The Abdullah initiative of 2002, the basis for the Arab Peace Initiative, went a step further, promising Israel “normal relations” with the Arab and Muslim world if it met a number of conditions related to withdrawing to its 1967 borders and reaching a solution on the Palestinian refugee issue that would be in accordance with the UN General Assembly resolution 194.

Apart from Abdullah’s Peace Initiative, Saudi Arabia has remained on the sidelines of attempts to promote the peace process between Israel and the Palestinians. Oman and Qatar, which are generally outside the consensus in the Gulf Cooperation Council, had formal—albeit partial—relations with Israel. Israel had diplomatic missions in both countries that were ultimately closed in the wake of the second intifada and the Israel-Hamas war of 2008.

On several occasions, Saudi Arabia has announced that it does not have any intention of offering another peace initiative that could be interpreted as a gesture towards Israel, and the kingdom has even pressured its Gulf Cooperation Council allies to follow suit. Similarly, over the past couple of years, the GCC states have declined to comply with the Obama administration’s request to carry out confidence-building measures toward Israel in order to create a supportive regional atmosphere for the Israeli-Palestinian political process, but demanded instead that an Israeli settlement freeze had to be in place first.

At the same time, Saudi Arabia and its GCC allies recognize Israel’s military power, its close ties with Washington and in particular, its influence in the U.S. Congress. When it comes to normalizing ties, however, the GCC states apparently see the value in maintaining some level of coordination with Israel. However, “normal relations”—the Saudis’ preferred phrase—are not possible as long as there is no meaningful breakthrough in the political process between Israel and the Palestinians.

To Saudi Arabia, the cost of open relations with Israel at this moment in time may be higher than the benefit, given the position of the Arab street, which rejects recognition of Israel and relations with it. The other GCC monarchies are currently benefiting from the fact that covert, unofficial relations allow them to benefit from the advantages of ties with Israel without having to pay a price in public opinion, which has become more vocal since the outbreak of the so-called “Arab spring.”

Within this context, it has also been argued that Saudi Arabia and Israel’s shared disappointment with President Obama’s Iran policy constitutes converging interests when it comes to formulating some kind of partnership between the two countries. However, a growing threat from Iran will not necessarily make it easier for Saudi Arabia and Israel to cooperate. Shared interests do not denote an identical view of the strategic environment.

For instance, the interim agreement between Tehran and the so-called P5+1 coupled with Saudi Arabia’s fear of the Islamic Republic could lead Riyadh, for lack of any other option, to hedge closer to Iran in a measured fashion. The Kingdom, at a later point, could also become more vocal about its opposition to Israel’s alleged nuclear program, reasoning: “If Iran, then why not Israel?” Additionally, Saudi Arabia may hope for an Israeli strike on Iran’s nuclear infrastructures, but harbors reservations about any appearance of operational cooperation with Israel, lest it be required to pay the price for an Israeli attack.

As we have previously argued, although Saudi Arabia considers the Israeli-Palestinian conflict a factor that undermines regional stability, Riyadh perceives Tehran as its main security and ideological problem. Saudi Arabia and Israel’s shared interests not only focus on their desire to curb Iranian influence, but also on the illegitimacy of the Assad regime and they are united in their support of the Egyptian military leadership while depending on U.S. regional leadership. Saudi Arabia and Israel are also commonly united against regional Muslim Brotherhood groups, including Hamas. At the same time, in light of Israel’s military offensive against Hamas in Gaza, it is not surprising that Saudi Arabia—in line with the standard Arab League position—condemned Israeli air strikes, demanding that the U.N. Security Council must take immediate action to enforce a cease-fire.

Once the dust settles between Israel and Hamas, however, Prince Turki’s proposals, as outlined in his recent Haaretz op-ed, will once again be on the table, as shared interests coupled with their fear of an Iranian-American rapprochement could result in a strengthened covert partnership and in an enhanced understanding between Riyadh and Jerusalem. Moreover, even this form of relationship is important, especially since these are ties between states that do not officially recognize each other. Dialogue helps maintain regional stability, and will certainly not hurt in promoting a comprehensive regional political settlement. Any attempt to change the relations from covert to overt could damage them. True progress in the political process between Israel and the Palestinians may expand the basis of common interests and allow Israel to demand greater support from Saudi Arabia to promote political initiatives and assist in building a Palestinian state, even if a comprehensive permanent-status agreement is not achieved.

Yoel Guzansky is a research fellow at the Institute for National Security Studies at Tel Aviv University and Sigurd Neubauer is a Washington, DC-based Middle East Analyst.