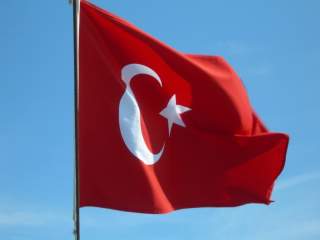 First, the progress: President Recep Tayyip Erdoğan said in early January, “Israel is in need of a country like Turkey in the region. We have to admit that we also need Israel.”

This is precisely the type of rhetoric that reflects the core principle of Mustafa Kemal Atatürk’s goal: “Peace at home and peace in the world.” Media reports suggest that Turkey and Israel are inching toward an agreement to restore full diplomatic relations, which have been on the rocks since Israel intercepted the Mavi Marmara vessel in 2010.

The seizure of the Turkish ship, which sought to break Israel’s legal blockade of the Hamas-ruled Gaza Strip, resulted in the death of ten Turks. The Israeli commando raid aboard the ship triggered a collapse of Israeli-Turkish relations.

On Wednesday, the daily Sözcü reported that the Turkish government is slated to appoint Can Dizdar, the Foreign Ministry’s Director General for the Middle East, as the new ambassador to Israel. Dizdar’s appointment hinges on the conclusion of the Mavi Marmara package agreement.

In an effort to comprehend the backward tango steps, a reading from Bernard Lewis—widely considered the greatest living historian of the Middle East—can perhaps prove helpful. Lewis wrote in his book Notes on a Century: Reflections of a Middle East Historian that someone asked a Turkish general about his country joining NATO. The Turkish general responded, “The real problem with having the Americans as your allies is you never know when they will turn around and stab themselves in the back.”

Substitute “Ankara” for “the Americans,” and the principle applies to Erdoğan’s decision to abandon Turkey’s longstanding ally Israel.

One of the main impediments to reviving Turkey-Israel relations is Erdoğan’s support for Hamas, a U.S.- and European Union-designated terrorist entity. While the proposed deal to resolve the Mavi Marmara dispute envisions the eviction of Saleh al-Arouri, a senior Hamas member living in Turkey, from the country, other Hamas members would continue to operate in Turkey. And in December, Erdoğan met in Istanbul with Hamas leader Khaled Meshaal.

Disturbingly, Erdoğan said infusing wide-ranging powers into Turkey’s presidency would benefit his nation, because “you can see it when you look at Hitler’s Germany.” To put it mildly, his remark was not reassuring for Israel. To be fair, Erdoğan’s office clarified his statement on the role of a presidency with added powers: “If the system is abused, it may lead to bad management resulting in disasters as in Hitler’s Germany.”

Israel has reason to be skeptical of Erdoğan's AKP party. After all, in 2013, the Washington Post revealed that Erdoğan disclosed to Tehran's intelligence agency the identities of at least ten Iranians who were part of an Israeli spy ring. The spies sought to gather intelligence on Iran's illicit nuclear weapons program.

In thwarting what should have been a classic joint Turkish-Israeli operation to blunt Iran’s atomic bomb program, Erdoğan provided a major assist to Iran. A mere two years ago, Erdoğan declared Tehran to be his “second home.” In September, Iran joined Russia, Iraq and Syria to form an intelligence network. One of their principal targets, according to the Wall Street Journal, is Turkey.

Perhaps Erdoğan has now internalized that Iranian jingoism is a significant threat to Turkey’s security interests. Iran and its ally Hezbollah have contributed to the killing of over 250,000 people in Syria. Some 40,000 Syrians currently face a siege of starvation organized by Hezbollah in Madaya.

A rebuilt Turkish-Israeli relationship could help with the Syrian refugee crisis and provide succor to those wounded in the civil war. Turkey has performed one of the greatest humanitarian efforts of this century, providing refuge for over two million Syrians. Israel’s contribution, of course, pales in comparison to Turkey’s aid. Nevertheless, Israel has treated more than 2,000 Syrians in its medical system.

Israel’s Foreign Ministry director-general Dore Gold, who has been meeting with Turkish Foreign Minister Feridun Sinirlioğlu in an effort to forge an agreement on restored diplomacy, alluded in Turkish media to happy historical memories among Jews for Turkey.

The Ottoman Empire was a refuge for Jews, who, faced with lethal anti-Semitism in Europe, “migrated to the land where the flag with the crescent brought justice and tolerance.” Kemalism later provided jobs for German Jewish academics who fled the Hitler movement.

Gold noted this week that Israel has communication avenues with “almost every Arab state.” The revival of relations with the Sunni Turkish government can certainly contribute to an expansion of relations with other Sunni states. Solid Turkey-Israel relations can also help stymie the anti-peace BDS (Boycott, Sanctions, Divestment) movement targeting the Jewish state.

If Erdoğan can make strides to reanimate his country’s relations with Israel along the lines of the spirit referenced by Gold, 2016 might see a well-performed tango that benefits both countries.

Benjamin Weinthal is a Berlin-based fellow for the Foundation for Defense of Democracies, a national security think tank in Washington D.C. Follow Benjamin on Twitter @BenWeinthal.