Israel and Turkey's Rocky Road Back to Diplomacy 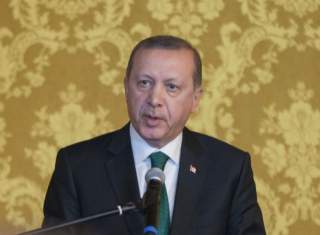 On July 20, 2016 after more than six years of dispute, the Turkish Parliament voted on the expectation of a reconciliation agreement with Israel. The agreement that was signed on June 28, 2016 in Rome has major importance to the Obama administration after its attempts at mediating between the parties in order to strengthen moderate actors in the Middle East.

After the recent failed military coup in Turkey, Israeli prime minister Benjamin Netanyahu asserted that “Israel and Turkey agreed on reconciliation, and we assume that this process will continue regardless of events over the weekend.” Netanyahu had previously said that “Israel and Turkey are two major powers in the region and the break between us is not good for our vital interests and prevents us from cooperating in those instances, and there are more than a few, in which cooperation is warranted.” On July 18, the Turkish administration clarified that despite the military coup attempt, Turkey intends to continue the reconciliation process with Israel and to apply the signed agreement.

The main points of the agreement include the renewal of international diplomatic relations that were cut in the aftermath of the 2010 Gaza flotilla raid, and a major economic cooperation agreement based on Israel’s recently discovered natural gas reserves in the Mediterranean Sea. Israel will also transfer a $20 million one-time payment to a Turkish humanitarian fund, to compensate the families of the Turkish citizens who died during the raid. Turkey, in turn, will withdraw its nine-year-old demand to lift the Israeli blockade on the Gaza Strip—in place since June 2007—and will revoke all of the prosecutions being held in Istanbul against Israel Defense Forces officers.

Referring to the agreement, Netanyahu asserted that:

“As Prime Minister of Israel, it is my responsibility to be concerned with its strategic interests, to take a broad and long-term view, based on an understanding of the international arena as well as of our security and economic needs, at present and in the future. . . . The world and the Middle East are in turmoil and my policy is to create centers of stability in this unstable and stormy region. . . . We are doing so with our close neighbors, Arab countries. We are doing so with Greece and Cyprus. We are doing so with Russia. We are also doing so with Turkey.”

During the late 1990s Israel and Turkey developed a special international relationship. The two states had close economic and security ties, and even what can be defined as a regional strategic alliance. In the mid-2000s, this special relationship deteriorated, due to Turkish disappointment in the deadlocked Israeli-Palestinian peace process, the rise in political power of then Turkish prime minister (now president) Recep Tayyip Erdoğan, the 2006 Lebanon War and, most importantly, the 2008–09 Gaza War (Operation Cast Lead).

On May 22, 2010 a six-ship flotilla sailed from the coast of Istanbul toward the Gaza Strip. The flotilla was led by the Turkish IHH organization under the flag of the “Free Gaza Movement.” The flagship was Mavi Marmara V, with about six hundred activists on board. Nine days after the flotilla set sail, on May 31, the Israeli Navy intercepted the ships about eighty kilometers from Israeli shores. The violent confrontation between the Israeli Navy and approximately forty IHH members and other activists lasted less than an hour. During the clashes, nine Turkish citizens were killed and twenty others were wounded. One of the injured died in a Turkish hospital in 2014.

Israel endured heavy international criticism for this. A number of national and international investigation committees have criticized Israel’s conduct and eventually prompted Israel to reduce the intensity of its blockade on the Gaza Strip, even though it undermined the political goal of the flotilla raid. In early September 2011, a balanced report of the Secretary-General’s Panel of Inquiry (the “Palmer Report”) found that the Israeli naval blockade of Gaza was legal according to international law; that the conduct, true nature and objectives of the flotilla organizers, particularly of the IHH, were seriously questionable; that the degree of force used by the Israeli Navy forces against the Marmara was “excessive and unreasonable”; and, finally, that Israel violated some international human-rights laws during its treatment of the flotilla’s detained crew members.

Following the Palmer Report, Turkey expelled the Israeli ambassador to Istanbul and cut commercial and military ties with Israel. In May 2012, the Turkish prosecution indicted the Israeli chief of the general staff, Lt. Gen. Gabi Ashkenazi, and three other high-ranking officers, due to their roles in the flotilla raid. It is important to mention here that in the years since then, trade between the two states grew, reaching $5.8 billion in 2015.

During a visit by President Barack Obama to Israel in March 2013, Netanyahu apologized for the incident in a phone call to his Turkish counterpart Erdoğan, with Obama as a mediator. Both sides agreed to renormalize their relationship, but Turkey held up the process. While Turkey demanded $50 million in compensation to the families of the raid casualties and the withdrawal of the Israeli siege from the Gaza Strip, Israel agreed as time passed to a $6 million, a $9 million, and then to a $17 million payment, all without lifting the siege.

After intensive negotiations, in April 2016 Turkey and Israel compromised with a compensation of $20 million and Turkish legislation that revoked the ability to prosecute any Israeli officers and officials that took part in the raid incident. Regarding the siege on Gaza, Israel granted Turkey open humanitarian access through the Ashdod Sea Port in southern Israel, and permission to build a hospital, a power plant and a water desalination facility in Gaza. Turkey, for its part, is obligated to prevent all of Hamas’s violent activities, and to raise funds in Turkish territory.

The main reasons that enabled a two-sided solution in the 2016 Turkish-Israeli reconciliation agreement are security and economics. Strategically, Israel identifies four regional powers alongside itself: Egypt, Saudi Arabia, Turkey and Iran. Israel and Egypt have had a stable peace treaty since 1979, and Saudi Arabia is a silent ally in the struggle against Iran. The Turkish-Israeli reconciliation agreement is supposed to distance Turkey from Iran, or at least to tone down their relations. As for Turkey, its administration is currently in dispute with Russia, Syria and Egypt, and is also suffering from terrorist attacks by Islamic State and the Kurdish PKK. It seems that Israel could serve as a stable ally. It is also interesting to note that a possible side benefit of the agreement may have been the recent reconciliation between Turkey and Russia.

But perhaps the most important reason for the Turkish-Israeli reconciliation agreement is economic. Israel wants to have Turkey as a major customer for its natural gas deposits in the Mediterranean, and as Netanyahu said:

“This agreement opens the way to cooperation on economic and energy matters, including the gas issue. Gas is so important and contains the possibility of strengthening the Israeli economy . . . but we need markets. Leviathan could supply . . . the Turkish market as well as the supply of gas through Turkey to Europe, and this is a strategic issue for the State of Israel.”

Israel’s energy minister, Dr. Yuval Steinitz, added that “the agreement will serve the expansion of Israel’s gas market including the possibility of discovery and development of other gas fields. This is a strategic agreement that serves Israel’s national security in the immediate and long run.”

These future benefits will probably create international opposition. While Turkey could build a five-hundred-kilometer gas pipeline from the Israeli field to its territory, the field is both in Israel’s and Cyprus’s exclusive economic zone; so is the future pipe route. This will probably cause tension between Israel and its current allies (and Turkey’s rivals) in the Mediterranean Sea energy markets—Cyprus and Greece. If Russia will not take a part in the future gas deal, it will probably act similarly to Saudi Arabia, with its “volume over value” strategy, which means producing and marketing larger quantity at a cheaper price.

Besides these economic considerations, Turkey is striving to restore the flow of Israeli tourists that declined in the aftermath of the flotilla raid conflict from 770,000 to 220,000 per year.

As always in the Middle East, boredom is never the problem.

Elad Popovich is an Israel Institute Research Fellow in the Arnold A. Saltzman Institute of War and Peace Studies at Columbia University’s School for International and Public Affairs (SIPA).