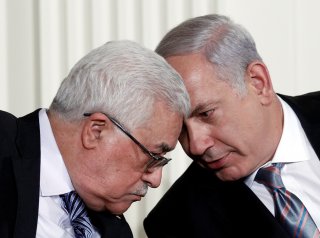 As if out of nowhere, the Israelis and Palestinians were at it again. Two peoples, each divided more than ever, with their two political systems broken due to decades of corrupt, cynical, and self-serving leaderships. The world stared confusingly, scratching its collective head in yet another attempt to figure out “who started it,” who is to blame, and how can the genie be pushed back into the bottle. In fact, the series of events that lead to this seemingly unforeseen eruption were well understood in real-time by those in the know, on both sides.

In Israel, Prime Minister Benjamin Netanyahu was warned by his chiefs of police, Shin bet, and Israel Defense Forces (IDF) intelligence that the combustible mix of East Jerusalem’s Sheikh Jarach forced evacuation, during the height of the holy Ramadan and Israel’s “Jerusalem Day” would in all likelihood lead to riots and skirmishes. But each time he came to a decision-fork, he deliberately chose the more flammable path. Focused on his own desperate war of political and legal survival—facing indictments of corruption, fraud, and breach of public trust in three court cases merged into one—the Israeli transitional prime minister, having occupied the official residence on Balfour Street in Jerusalem for altogether fifteen years, is clinging to it like the horns of a non-proverbial altar. His political calculation is clear—prevent his opponents, a weak ad-hoc coalition of former Netanyahu aids and hard-core right-wingers, with right-leaning centrists and a tinge of labor and left from replacing him. Such an odd collection of Israeli-Jewish parties would have obviously found it hard to form a coalition under any circumstances, but they also had to lean on the support of at least one and potentially two Israeli-Arab parties, making it next to impossible. Nevertheless, united in their desire to oust Netanyahu’s toxic rule, they came very close to announcing a new government on the very day East Jerusalem and the Al Aqsa Mosque caught fire. True to form, within days their fragile Right-Left Jewish-Arab political edifice crumbled.

With Jerusalem, Tel Aviv, and other Israeli cities and communities hit by hundreds of Hamas missiles; the Israeli Parliament forced into its bomb-shelter; Israel’s only international airport shut down; and the so-called “mixed” Jewish-Arab cities like Jaffa, Lod, and Acre experiencing unprecedented riots instigated by Arab and Jewish mobs, the right-wing faction of the designated “next prime minister” Naftali Bennet quit the “change coalition,” and Netanyahu’s political mission was accomplished.

The difference between a Netanyahu political win and an Israeli strategic loss was never more evident, as the IDF’s war machine went into full gear, using U.S. and Israeli state of the art aircraft, precision munitions, and surveillance capabilities to attack the 141 sq mile Gaza Strip; at one point with 160 aircraft simultaneously. But no military gains could by now balance Hamas’ strategic effect.

Exactly twenty-one years ago, on May 26, 2000, Hassan Nasrallah, head of Hezbollah, stood near the Israeli Lebanese border after the last IDF soldier evacuated Lebanon and famously likened Israeli society to an easily-torn spider’s web. The metaphor stung and stuck with Israelis to these very days.

Today’s Israeli society is not weak but is definitely torn apart. An unabashed Jewish-supremacy party is represented in the Knesset, largely thanks to Netanyahu piecing it together, legitimizing and campaigning for it. One of its members, Itamar Ben Gvir—a Meir Kahana disciple and a convicted felon—led anti-Arab militias into the streets of Sheikh Jarrah and Lod. In parallel, thousands of young Israeli Arabs took to the street and rioted. Some of them, interviewed on Israeli TV channel N12, proudly replied “we are the Arabs of ‘48” when they were asked “how do you define your identity?” Although according to Shin Bet estimates, only 6,000 people, evenly split between Arabs and Jews, actually took part in the riots, the multiple scenes of Arab-Jewish clashes, flashing on every TV and mobile screen for days and nights, awakened in the collective Israeli psyche demons of 1948 and created a new political and social reality. A counterwave of civil society peaceful coexistence initiatives already are underway, but the Israeli political system is unfit for purpose in terms of Arab representation and participation, and is also unfortunately devoid of bold liberal-democratic Jewish leadership altogether.

On the Palestinian side, a month ago Hamas was making its own plans, needing to find a new way to position itself beyond the Gaza enclave. The original plan was to gain political power and legitimacy by winning the Palestinian elections, slated for May 22. But the Palestinian Authority’s ever-sitting President Mahmud Abbas colluded with Netanyahu to cancel these elections at the last minute. Fearing defeat and totally oblivious to the will of his people, Abbas chose once again to latch on to power, and drove Hamas into a corner.

It is important to note that the Biden administration—trumpeting democracy and human rights as a major pillar of its global strategy against the Chinese-Russian autocratic and oppressive systems—chose to look the other way when it had the first chance to put its foot down and demand free and fair elections in one of the world’s most geopolitically symbolic areas. Moreover, Palestinian elections were an integral part of the Oslo accords, which the United States under the Clinton administration ceremoniously sponsored and co-signed.

The first and last Palestinian elections took place in 2006. Fearing a Hamas victory already then, Israel pushed the George W. Bush administration to prevent Hamas from participating. That administration was also committed to democracy and human rights as a transformational tool, especially in the Middle East, so it forced Israel’s hand. Indeed, Hamas won, and a Fatah-Hamas unity government was formed, under President Abbas. Israel refused to accept it and forced Abbas to bring it down, pushing Hamas into a corner and ultimately unto a violent coup and a takeover of Gaza.

Zeroing in on Jerusalem during Ramadan and “Jerusalem Day,” coming to the aid of Palestinian evacuees in East Jerusalem and portraying itself—Hezbollah style—as “the protector of Jerusalem,” Hamas played a weak hand with enormous success. After twelve days of Israeli bombardments, Gaza is once again in tatters, but Hamas knows it will be able to reconstruct it fairly quickly. Hamas will now seek to leverage its reputational success and newly gained regional and international attention, into political achievements throughout the Palestinian territories including East Jerusalem.

The Biden administration is faced with a number of new-old dilemmas—having been drawn into the Israeli-Palestinian conflict against its will, it can choose to lean in or—as originally planned—pull out. It also needs to rethink its approach to Palestinian elections and Hamas’ participation in it. Its overall approach to Hamas will have to be reexamined. Perhaps some brainstorming sessions with the old Bush team, with U.S. negotiators dealing with the Taliban, and with hands-on experts on Muslim Brotherhood movements and Hamas are in order. Multiple U.S. administrations found out the hard way that dealing with Islamic fundamentalist groups, including Muslim Brotherhood branches, is neither impossible nor useless. With all the cruelty, cronyism, cynicism, devastation, and bloodshed over the last fifteen years and in the last twelve days, the Israeli-Palestinian conflict is in dire need of a drastic shake-up. A change of leadership is desperately called for, and this time it better be genuinely democratic. Abbas and Netanyahu are nearing the long overdue end of their political careers. Hamas is by no means a natural like-minded democratic partner for Israel or for the United States. But geopolitics, like all politics, is about making hard choices between often undesired alternatives.

While they are at it, Biden’s team would be wise to reexamine some of its underlying assumptions regarding Israeli democracy as well. A fresh look at the state of Israel’s political system will reveal worrying structural deficiencies that are endangering the very foundations of Israeli democracy. It is time for Israel’s most important ally to adapt its policies to these realities, rather than outdated romantic concepts of “the only democracy in the Middle East.”

President Biden and his team have already demonstrated impressive decision-making capabilities on domestic issues, and on the ultra-sensitive Joint Comprehensive Plan of Action with Iran. They now have an opportune moment to redesign an effective strategy on Israel-Palestine, one that will not shy away from breaking through past mistakes and anachronistic paradigms, and will perhaps serve as the first demonstration of “America is back” abroad.

Eran Etzion is currently an independent policy entrepreneur and strategist. He served as Israel's Deputy National Security Advisor and Head of Policy Planning in the Ministry of Foreign Affairs.