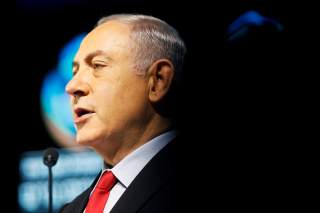 Amid escalating tensions between the Trump administration and Tehran, Iranian foreign minister Javad Zarif declared at the annual Munich Security Conference that the “risk of war” between Iran and Israel was “great.” Zarif’s warning came only days after the Warsaw Summit, which sought to establish a broad-coalition to support President Donald Trump’s Middle East policies, including on Iran.

While the summit failed to marshal European support for Washington’s “maximum pressure campaign” against Tehran or to issue a joint communique on policy objectives, it provided the U.S. administration with a small but symbolic diplomatic victory: the Israeli prime minister, Benjamin Netanyahu, along with the foreign ministers from the Gulf Cooperation Council (GCC) countries—save Kuwait but Yemen—discussed Trump’s regional agenda, including his forthcoming peace plan designated for Israel and Palestine.

Even though Israel does not enjoy formal diplomatic relations with any of the six GCC monarchies—Bahrain, Kuwait, Oman, Saudi Arabia, Qatar and the United Arab Emirates (UAE)—Trump has succeeded where his predecessors have failed and established a public forum where Israeli and Arab officials can discuss regional issues. This forum makes possible for communication to continue even if sharp divisions within the GCC persist on a litany of issues ranging from the Qatar crisis to Yemen and Iran. This was the first meeting of its kind in over two decades.

The Warsaw summit was, for all practical purposes, a continuation of Trump’s regional agenda, which was articulated at the 2017 Arab Islamic American Summit in Riyadh followed by his visit to Jerusalem. The back-to-back visits, coupled with Trump’s subsequent decision to withdraw from the Joint Comprehensive Plan of Action, and now the Warsaw Summit, show that Iran remains one of Washington’s principal global antagonist together with China and Russia.

However, despite Trump’s strategic objective of forging ties between Israel and the GCC monarchies, and between Israel and Saudi Arabia in particular, with the joint goals of isolating Iran and advancing the Israeli/Palestinian peace process, the synergies drawing the Gulf states and Israel closer together are not primarily motivated by Iran but rather by instability in the Gulf. Washington’s inability to solve the GCC crisis, which pits Saudi Arabia, UAE and Bahrain against Qatar, followed by its failure to muster adequate support from its Arab partners for its proposed “Arab NATO,” which is formally known as the Middle East Strategic Alliance, or MESA, adds another layer of complexity to Trump’s quest to isolate Iran.

While Saudi Arabia, UAE and Bahrain have for all practical purposes adopted a rejectionist narrative when it comes to dealing with Iran, Oman, Kuwait and Qatar support Iran engagement even if the six monarchies are united in their concern over Tehran’s quest for regional hegemony and its destabilizing policies.

The sharp schism within the GCC over Iran—coupled with the recognition that the Gulf crisis has become a source for global instability—helps inform Sultan Qaboos bin Said Al Said of Oman’s decision to host Netanyahu in Muscat in October 2018.

Oman is the only GCC country to maintain close ties with Iran. Because Qaboos is close to Iran, which Netanyahu considers to be Israel’s arch enemy, the sultan is also setting himself up as a potential interlocker between Tehran and Washington and between Tehran and Jerusalem as part of his quest to defuse regional tensions. In light of Trump’s decision to scrap the JCPOA and inability to re-engage Tehran, Qaboos may be betting that by engaging Netanyahu directly on Iran, the route to U.S.-Iran detente may be via Jerusalem. In the process, Oman may help to defuse Israel-Iran tensions, including over Syria.

By inviting Netanyahu, Oman demonstrated significant diplomatic bravery by seeking to accommodate two regional powers—Israel and Iran—that its fellow Gulf Arab states do not accept. Muscat believes that Israel is a stabilizing force in the Middle East, particularly now amid Saudi Turkish tensions triggered by the Khashoggi affair, and thus seeks to strengthen regional stability by supporting the U.S.-led peace process by publicly engaging Netanyahu and Palestinian president Mahmoud Abbas.

Oman is also the only GCC country that Netanyahu could visit without impacting the fragile balance of power within GCC and arguably the only Arab country—due to Qaboos’ popularity with his people—where his visit would not trigger a domestic backlash.

From a Saudi and Emirati vantage point, it is the absence of a clear U.S. policy towards the Middle East that is drawing Jerusalem and Riyadh closer. Trump’s hawkish rhetoric towards Iran may be pleasing to Saudi and Israeli ears, but both countries still hope to see a more active and determined fight against Iran in light of what appears to be reduced U.S. involvement in different arenas of the region, including in Syria. This is also why Riyadh and Abu-Dhabi have adopted an assertive regional approach, which to some have been considered destabilizing.

While Israel and the Gulf States share significant interests, which should not be underestimated, not all of their interests overlap. From an Israeli perspective, the Gulf States enjoy significant financial resources, geographical proximity to Iran which in turn helps facilitates the development of intelligence and operational capabilities, and an element of influence among Iranian minorities as a bridge to proxy activity in or close to Iran. However, it is important to also recognize the clear limitations of Israel-GCC ties and in particular between Israel and Saudi Arabia because of Mohammad Bin Salman’s character and how he has chosen to govern as recently articulated by a senior Israeli military official who pointed to the internal schism within Saudi Arabia’s royal family over the direction of the kingdom. While others, including Netanyahu, continue to highlight his regional achievements as part of his re-election campaign.

Israel, however, is also drawing up contingency planning for the possibility of ties with Saudi Arabia cooling off and a scenario in which most of the burden of the struggle against Iran will be carried on Israel’s shoulders. Saudi Arabia is currently facing a number of unprecedented challenges emanating from within and beyond the kingdom, which present significant risks to its stability and to the countries that benefit from this stability—Israel included.

Additionally, the gap between the measures being taken by the Saudi royal family and the positions of the Saudi public remain, and the dividends that Israel will reap as a result of the establishment of formal relations with the kingdom are likely to be primarily symbolic, certainly during the first phase of any possible regional process. Furthermore, in addition to giving public attention to progress in relations, progress on the Israeli-Palestinian track is also likely to raise disagreements, force the parties into corners, and endanger the quiet accomplishments that have accumulated over the years.

The Iranians, meanwhile, have adopted a stance of implicitly accepting the inevitability of GCC states looking for ways to recast their postures towards Israel. From Tehran’s perspective, however, GCC overtures toward Israel is neither a litmus test in its relations with its southern Arab neighbors nor likely viewed to result in a transformation of GCC-Israel ties in the short term. In fact, Tehran seems more concerned about an end to the intra-GCC dispute than it is anxious about the baby steps that individual GCC members have taken toward Israel in recent months.

Tehran sees Saudi Arabia as keen to end the Qatari blockade as Western pressure on Riyadh might increase as it has over the question of the Saudi intervention in Yemen. In other words, the Iranians—who have never had anything other than a marriage of convenience with Qatar—are wondering if cutting its ties with Tehran is the price Riyadh will ask of Doha to pay for the intra-GCC dispute to end. This is despite the fact that there is no sign that Qatar is willing to sacrifice its ties with Iran as part of a compromise with Riyadh and Abu Dhabi. In fact, Qatar Airways just announced that it will have more flights serving Iran and the Qatari foreign minister recently openly in Europe lamented poor U.S.-Iran relations and offered Doha’s mediation services.

Elsewhere, the Iranians have decided not to attack the Omanis for hosting Benjamin Netanyahu and other top Israeli officials such as the head of the Mossad. The reason is simple. The Iranians genuinely appreciate having good ties with Oman and will not easily want to see these relations sacrificed. Nor are the Iranians in a position to make a big deal out of it now—as they are under much international scrutiny—and launching a barrage of attack against Israel very likely will undermine Iran’s fragile diplomatic position in Europe and perhaps even in Russia, China and elsewhere. Nor does the Iranian regime have much public support at home for its anti-Israeli agenda.

Given that Tehran’s overall foreign-policy record is under much scrutiny and criticism by a grieved Iranian public that has come to see belligerence in dealing with the outside world as a key factor in deteriorating conditions at home, Tehran can hardly afford to make the question of Israel its overriding priority. Instead, the Iranians are simply expressing the opinion that Israel is not a trustworthy partner for Oman or anyone other GCC states for that matter. Tehran, however, is not questioning Oman’s declaration that Israel is a fact of reality in the Middle East. At the same time, speculation that Netanyahu’s visit to Oman is all about finding a channel to talk to Tehran is plausible but so far there is nothing to substantiate it.