Israel's Real Problem: It Has No Strategy 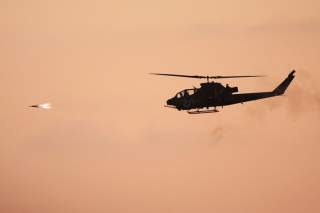 As the fighting in Gaza and Israel shows no sign of abating—and may already be getting worse—analysts have wondered about the eventual outcome. That both Israel and Hamas engaged in escalation without any clear strategic objective is obvious. But in Israel’s case, this isn’t a problem in Operation Protective Edge; nor is it a problem with Benjamin Netanyahu, as critics contend. It’s a problem with Israel’s overall policy toward Hamas and Gaza.

Israel has never fully articulated its own goals regarding Hamas, particularly since Hamas won the 2006 Palestinian general election. Israeli leaders today speak of a return to “quiet,” but that is not a strategic goal. In part, that’s because it is so difficult to operationalize—how do you measure quiet? Only a couple rockets per month? Rockets fired by breakaway factions? In part, it’s because quiet is not a long-term goal, since Israeli defense officials contend that short of prolonged occupation of Gaza, military force alone cannot defeat Hamas, only contain it.

This leads to a third, bigger problem: an imbalance between the goal of quiet and the tactics and policies used to achieve it. Because the goal is vague and open-ended, the tactics used to achieve it are only stopgap measures. This contributes to the regular outbreak of rounds of violence between Israel and Hamas, which put millions of Israelis and Palestinians at risk.

Certainly Hamas’s own disjointed goals are part of the cause for renewed fighting, as is the inability to resolve the broader Israeli-Palestinian conflict. Israeli Prime Minister Benjamin Netanyahu is risk-averse. Though he would prefer to avoid an invasion of Gaza, he also feels there’s no choice but to strike against Hamas. Together these create the conditions for escalation.

But for Israel’s part, a big part of the reason for this lack of clarity on strategic thinking and the subsequent policy problems it poses is because Israel does not have a firm national-security strategy tied to a clearly stated goal. It is somewhat understandable, because it harkens back to the experience of the Zionists in the Yishuv (the Jewish community in Mandatory Palestine) and Israel’s early decades.

From about the 1930s on, the Zionists had to deal with an ever-present existential security threat from the Arab community in Palestine. This increased after the country’s founding in 1948, when the Arab states joined the fight. Both the Yishuv and Israel were successful in dealing with external threats, because of better organization and morale, and tactical flexibility, but they could never completely overcome their enemies and antagonists; the country was too small for that.

This context of constant threat and war forced Israel to react to events rather than proactively lay out a clear strategic agenda regarding its security position. Some Israeli analysts have suggested Israel does have a set of strategic goals, including survival, maintaining as much land for security purposes as the international community will allow, building relations with a superpower ally, and building alliances with states and groups on the “periphery” of the Arab world. But while these conditions have helped Israel excel at tactical decision making, they are not tied together into a clearly-stated strategic agenda to guide Israeli policy. In the case of Hamas, this has conditioned Jerusalem not to see Hamas as a player that matters, that has demonstrated its staying power, but rather as simply one more enemy to be managed.

Politics also matters. Because coalition governments include parties with different priorities and preferences, any policy decision has to accommodate the major partners in the government. This makes it harder to think long-term, and leads to a focus on short-term policies that can pass the political muster.

Constant threat of military and terrorist attack cannot absolve Israel of the need for constructing a set of strategic goals. Israel does recognize this, which is why it created its National Security Council—to look at the bigger picture and to coordinate policy options that don’t rely only on military solutions, but incorporate other variables as well. The NSC is increasingly taken more seriously, but one thing it can do is push for the construction of a security agenda. The odds are against it, but it is not impossible.

This includes tying military tactics to diplomatic and political goals—including a more realistic appraisal of Hamas’ staying power, Fatah’s weaknesses, and the role of the Israeli presence in the West Bank in undermining Israel’s international position. It also means accounting for social changes in Israel and in the region; confronting domestic spoilers; working with allies and other countries; and, above all, constructing a pathway for achieving a more stable region-wide system in which Israel cooperates with other states that share similar goals—for example, removing the jihadist threat or containing the expansion of Iranian influence.

There is a role for the United States here, by helping Israel formulate clearly conceptualized strategic goals. Though its failures in Iraq and Afghanistan suggest Washington, too, has difficulty balancing larger goals and specific policies, the American experience with constructing regional and global strategy can inform Israeli efforts. For example, a comprehensive plan to achieve security on various levels—the local (i.e., the West Bank and Gaza), the neighborhood, the regional and the global—needs American diplomatic support.

Clearly, regular bouts of violence are a strain on Israel’s resources, and inflame the simmering conflict with the Palestinians. A bigger strategic plan is only one element, but it is necessary to helping Israelis and Palestinians emerge from the ever-present danger of rocket and missile fire.

Brent E. Sasley is Associate Professor of Political Science at the University of Texas at Arlington. He tweets at @besasley.