It’s a Big World: The Importance of Diversity in American Foreign Policy 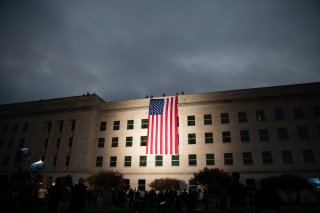 IN JUNE 1963, with memories of the Cuban missile crisis still fresh, President John F. Kennedy delivered a commencement address at American University in which he posited a key goal for U.S. foreign policy: “If [the United States and Soviet Union] cannot end now our differences, at least we can make the world safe for diversity.” This meant that the United States was “unwilling to impose our system on any unwilling people—but we are willing and able to engage in peaceful competition with any people on earth.” Kennedy elaborated on this theme a few months later in a speech at the Mormon Tabernacle:

We must recognize that we cannot remake the world simply by our own command… Every nation has its own traditions, its own values, its own aspirations. Our assistance from time to time can help other nations preserve their independence and advance their growth, but we cannot remake them in our own image. We cannot enact their laws, nor can we operate their governments or dictate our policies.

For today’s American foreign policy thinkers, Kennedy’s call for a world in which a diverse array of political systems can coexist and peacefully compete is well outside the mainstream. Diversity is certainly a much-cited American objective, but contemporary use of the term stresses the inclusion of a wide array of races, ethnicities, genders, and sexual orientations among our foreign policy practitioners. It is in this sense that the Biden administration proclaims its determination to be the “most diverse” in the nation’s history. Such diversity in the U.S. foreign policy community helps ensure that our government officials “look like America” and consider a range of views in making policy choices. When it comes to the who in making foreign policy, inclusivity is in.

When it comes to the what in our approach to the outside world, however, inclusivity has long been out. Post-Cold War America has stood for universalism in the world, not diversity. Contra Kennedy, Bill Clinton elevated remaking Russia in America’s image to the centerpiece of his foreign policy. Debates within the George W. Bush administration focused on what tactics could best realize his “freedom agenda,” not whether the liberalization of foreign regimes should be America’s goal. Barack Obama advanced a set of universal, globalist values thought to transcend individual nations and borders, championing the responsibility to protect peoples threatened by their own governments even if such interventions were unblessed by the UN Security Council. Donald Trump, anathematized by the foreign policy elite for insufficient devotion to the cause of liberalism in the world, made defense of the “liberal international order” against authoritarian great power competitors an explicit objective of America’s national strategy.

TO JUDGE from his public pronouncements before and after his election, President Joe Biden, too, is no Kennedy when it comes to the role of diversity in American foreign policy. In the most notable foreign policy article of his presidential campaign, Biden defined our challenge abroad not as coexisting with a diverse array of political systems but defeating them: “The triumph of democracy and liberalism over fascism and autocracy created the free world. But this contest does not just define our past. It will define our future, as well.” Biden’s Interim National Security Strategic Guidance frames America’s global mission in similarly ideological terms. “Authoritarianism is on the global march,” it says, “and we must join with like-minded allies and partners to revitalize democracy the world over,” to “address discrimination, inequity, and marginalization in all its forms,” and to “confront nations that are backsliding.” For Biden, American support for multicultural diversity appears to end at water’s edge.

Kennedy certainly believed deeply in the virtues of freedom and democracy, but he challenged the notion that foreign policy is or should be driven by ideology:

We must recognize that every nation determines its policies in terms of its own interests. “No nation, George Washington wrote, is to be trusted further than it is bound by its own interest, and no prudent statesman or politician will depart from it.” National interest is more powerful than ideology, and the recent developments within the Communist empire show this very clearly. Friendship, as [the former British prime minister Viscount] Palmerston said, may rise or wane, but interests endure.

And the key American interest, he continued, is “preserving and protecting a world of diversity in which no one power or no one combination of powers can threaten the security of the United States.”

As incongruous as this idea seems today, Kennedy’s view was far from unique among America’s Cold War leaders. To varying degrees, nearly all of them believed that diversity in the world served U.S. interests. For George F. Kennan, a foreign policy based on universalism presupposed that “men everywhere are basically like ourselves, that they are animated by substantially the same hopes and aspirations, that they all react in substantially the same way in given circumstances.” In his view, diversity, not uniformity, characterized the world’s nations, and U.S. foreign policy should aim not to remake the world along American preferences but rather to maintain an equilibrium within it. Similarly, Dwight D. Eisenhower saw America’s ability to tolerate diversity in the international arena as a source of strength, one that provided important advantages over the Soviet Union and others that insisted on promulgating their political systems. Richard M. Nixon and Henry Kissinger believed a “pluralistic world is profoundly in our [American] interest,” and this belief allowed them to recognize and exploit the growing friction within the communist world between the Soviet Union and China.

The appeal of international diversity faded, however, as Soviet leader Mikhail Gorbachev attempted to partner with Ronald Reagan and George H.W. Bush to bring down the Iron Curtain; the Soviet Union weakened and dissolved, and the international order shifted into unipolarity. Absent the constraints imposed by Soviet power, America’s post-Cold War leaders no longer regarded democratizing the world as quite so utopian an endeavor. With varying degrees of enthusiasm, the United States has premised its foreign policies over the past three decades on the belief that America’s well-being is inextricably linked to spreading democracy, whenever and wherever possible. Biden’s foreign policy pronouncements flow from the belief that, as he puts it, “democracy is essential – essential – to meeting [the world’s] challenges.”

IS IT? Measured by the yardstick of practical results, the belief that America can and should liberalize the globe has produced far too many foreign policy failures over the past three decades. Toppling Saddam Hussein failed to bring democracy to Iraq and proved deadly to the balance of power that the George H.W. Bush administration had successfully restored in the region after the first Gulf War. Expanding NATO failed to secure the liberal governance in Eastern Europe that it was meant to support and helped to spark alarm in Russia and foster wars in Georgia and Ukraine. Efforts to replace repressive regimes in Afghanistan, Libya, and Syria have produced disorder, not democracy. No Gorbachev equivalent has emerged in Moscow intent on liberalizing Russia’s government and partnering with the West. Rather, apprehension in Moscow and Beijing has prompted them increasingly to team up against what they see as coercive and destructive American universalism.

Conventional wisdom holds that Washington is merely playing defense against authoritarianism—that Russia and China are intent on destroying democracy. Not exactly. Neither country is eager to launch liberal internal reforms, and both believe they can and should veto the encroachment of hostile military alliances in their neighboring regions. But each has also demonstrated an ability to forge healthy relations with a wide range of foreign political systems, including democracies, constitutional and non-constitutional monarchies, military dictatorships, and clerical regimes. This pluralistic approach has played to their advantage in regions where the United States has displayed rather less ideological flexibility. Even democracies with generally pro-American views are not always eager to align themselves exclusively with Washington.

Few Americans believe that a world divided into warring democratic and authoritarian camps should be our goal. Yet if we insist that authoritarian regimes have no legitimate place in the world order, we may find ourselves in just such a dangerous world by default rather than design. Henry Kissinger observed that, historically, stability has been possible only when all major powers accept the international order as legitimate, “so that no state is so dissatisfied that, like Germany after the Treaty of Versailles, it expresses its dissatisfaction in a revolutionary foreign policy.” Treating Russia and China as pariah states incentivizes them to undermine rather than stabilize the international system. Lyndon Johnson put it colorfully: it is better to have our rivals “inside the tent pissing out, rather than outside the tent pissing in.”

AS THE balance of power in the world marches toward multipolarity, the United States faces an important choice about the type of international order it will pursue. Biden is painting it as a stark choice between democracy and authoritarianism, a battle that America must win, or it will lose. Not so. Neither Russia nor China is insisting on a world of universal authoritarianism. Kennedy’s vision of a diverse but stable world order, one in which democracies can flourish but is not universally democratic, remains viable. As our foreign policy elites move to diversify the personnel within their ranks, they should also think about making room for greater diversity within the world order.