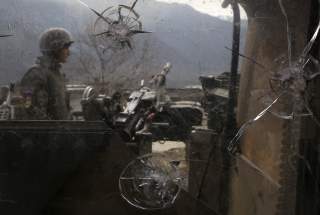 On June 7, Afghan president Ashraf Ghani made a powerful concession to the Taliban by offering the group a unilateral ceasefire for the annual Eid celebrations. The offer hung in the air the following day with the Taliban quiet and the Afghan people voicing fears that the offer was a concession of defeat.

The public and many politicians were caught off-guard. Analysts and former government officials called it “a futile exercise.” Despite fear and confusion, the deafening silence from the Taliban could only mean they were seriously considering a ceasefire—an unprecedented operational pause after nearly two decades of bloodshed. Then, as President Ghani was traveling to China to attend the Shanghai Cooperation Organization Summit in Qingdao on the morning of June 9, an aide came with unexpected news. “Mr. President, ” he said, “Taliban reciprocated!” Ghani’s gamble paid off.

It was a bold decision to declare a ceasefire and invite one from the Taliban. The timing was ideal. Perhaps the long fasting days of deprivation without a ceasefire, the peace marchers on the way from Helmand, peace tents plotted in all thirty-four provinces, and the vocal young Afghans voicing strength and prosperity in peace were inspirational. American and NATO forces heartily supported and respected Kabul’s decision to exercise sovereignty and independence. This served to publically shed the image of the Afghan government as a puppet regime, a primary Taliban accusation and a major stumbling block to their direct negotiations with Kabul.

Stereotypes about Taliban fighters and peace needed updating. The fact that Taliban leaders did not make any unreasonable demands before announcing a ceasefire on their side suggest a realization that ultimately the Taliban will need to talk to the Afghan government, unless they are already doing so, and not the United States. What followed was out of the ordinary: armed Taliban fighters performed prayers with Afghan security forces, shared meals, and greeted Afghan forces with roses. These were seen as trust-building gestures that reflected the culture that the two conflicting sides share. But how can domestic politicians and the international community work to maintain this momentum?

Communication is a key component of peace-building. Early signs appear favorable. After all, never in seventeen years have the Taliban been better positioned to negotiate. They control territory, they attract young followers, and their messaging is sophisticated as their military prowess becomes more polished.

Unfortunately, over the years, an important challenge has been the multiple independent threads of outreach to the Taliban that complicated the path toward viable negotiations. The Afghan government, the UN agencies, and various embassies have made separate outreaches to the Taliban with uncoordinated and ill-defined messages, creating a critical obstacle to starting a formal process. This lack of coordination fostered distrust. Multiple attempts failed. Domestically, this created teams of rivals in a system of parallel policies for peace.

It is unlikely that the United States will be able to single-handedly bring the Taliban to the negotiation table or deliver a peace settlement with the Taliban by itself. Unhelpful regional machinations have further complicated the peace process with China, and Russia is now in bed with Pakistan—despite providing token gestures of support to the Afghan government. More importantly, Pakistan’s strategic aspirations and internal security problems, including the growing strength of local movements like the anti-Taliban-anti-Pakistani military Pashtun Tahafuz Movement and the Baloch separatists, has hobbled its efforts in Afghanistan. Iran has also increased its sabotage activities in Afghanistan, sticking it to the United States largely in retaliation to the recent U.S. policy change in the region, including providing weapons and support to the Taliban.

As the Afghan government negotiates peace, nearly everyone realizes military means are ineffective. Key international stakeholders warmly welcomed the initial ceasefire and are hopeful for long lasting peace. The Afghan public was overwhelmingly positive and voiced hope for the future.

With initial momentum built, President Ghani responded to popular demand for peace and has extended the ceasefire. The Taliban, however, refused to extend its ceasefire and swiftly went back on a killing spree, prompting strong and vindictive criticism from ceasefire skeptics. The Taliban believes that it can extract more concessions from the Afghan government and the United States. Its sharp rebuke to peace is based on a flawed and misguided synopsis.

First, the Taliban’s own rank and file flocked Afghan cities and villages unarmed to celebrate Eid festivities with their relatives and local civilians, fostering empathy. War-weary Afghans welcomed them with open arms despite years of misery, and government officials extended respect and jubilation. This indicates that Afghans are ready to reintegrate former militants, easing worries that years of acrimony would lead to a bitter and costly reintegration process. For its part, the Taliban leadership ordered to discipline foot soldiers who were caught fraternizing with Afghan officials, appeasing the hardliners, and fearing the images may weaken the insurgents self-declared moral high ground.

Second, Ghani’s extension throws a wrench in the Taliban’s return to the battlefield. Afghan security forces were ordered to not fire first for this period. Taliban’s desire to not extend the ceasefire and resume the fight validates concerns that the group is not a unified and cohesive entity. Despite reports that the Taliban is operated by a strong and centralized chain of command, the ceasefire proved that nefarious regional actors, particularly Pakistan, remains indispensable in exercising a great deal of influence over the Taliban. But the confirmation of Mullah Fazlullah’s death in Afghanistan by President Ghani suggests a quid pro quo thaw in Afghan-Pakistan relations, maybe in the offing, and chances are Pakistan may finally put pressure on Taliban for reconciliation. Growing public demand for peace hands President Ghani his trump card to force the Taliban to soften their intransigence over ceasefire.

Third, it is imperative to form an alliance of political elites and mujahideen, who are chomping at the bit to be part of any major reconciliation effort. This would also likely help contain the growing risks of empowering the Islamic State’s Afghan offshoot, which is in a frenzy for territory and runs amok Afghan cities staging spectacular attacks. Kabul must find a way to enable them to unite and to support the legitimacy of the Ghani government’s bold and impressive initial steps towards a sustainable peace process. Otherwise, the alternatives are depressing.

Finally, the looming Afghan parliamentary and presidential elections present a vital opportunity for peace making. Peace is now at the forefront of the candidates’ campaign platforms. Clean elections are more important now than they were in the past because with peace comes prosperity—if corruption can be contained. Confidence in the electoral system must be legitimately bolstered by holding free and transparent elections.

The stakes are high, but despite uncertainty, there is a glimmer of hope rightly observed by Oscar Wilde, “We are all in the gutter, but some of us are looking at the stars.”

Atta Nasib is a candidate for Parliament from Kabul Province. He tweets at @NasibAtta.

Image: An Afghan National Army (ANA) soldier is seen through damaged glass as he keeps watch at the Forward Base in Nari district near the army outpost in Kunar province, February 24, 2014. The Afghan Taliban killed 21 soldiers in the assault on Sunday in the remote mountainous region, the Afghan government said, and six soldiers were missing after the militants' most deadly assault on the security forces in months. The government sent reinforcements to the area where the pre-dawn attack took place, Afghan Defence Ministry spokesman Zahir Azimi said in a statement. REUTERS/Omar Sobhani