Is It Time for a U.S.-Germany ‘Special Relationship’? 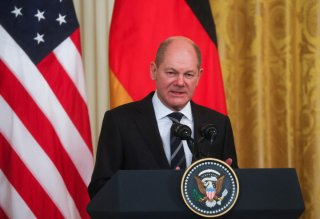 Russia’s invasion of Ukraine has dramatically upended—in a matter of days—decades of longstanding German security policy. Chancellor Olaf Scholz recently announced an increase of 100 billion Euros ($113 billion) for defense spending as well as a commitment to spend more than 2 percent of Germany’s budget annually on defense. Washington must now seize this historic opportunity to embolden Berlin’s expanding security footprint and elevate the US-Germany partnership to “special relationship” status.

The Ukraine crisis represents the first time in decades that Germany has found its voice in security affairs. Berlin has too long been haunted by the ghosts of history and should no longer allow them to cloud its future calculus. Post-Brexit, Germany's influence as de facto European Union leader demands far greater military and intelligence roles on a global scale. The German Ministry of Defense’s July 2016 “White Paper,” which outlines more ambitious overtures in defense policy, is a step in the right direction. Washington can help ensure that the momentum generated by the Ukraine crisis translates into lasting policy steps in Berlin.

In a remarkable shift, many senior German officials have openly signaled a greater appetite to transform the status quo. On Ukraine, Lieutenant General Alfons Mais, chief of the German Army (the Bundeswehr), remarked that the “options we can offer the government in support of the alliance are extremely limited.” Here, the United States can work with Germany both bilaterally and via NATO to identify niche investment areas in which Germany can specialize. The United States should emphasize Germany’s existing forte of organization and efficiency when considering areas for investment. Rather than fixating on the size of Germany’s military, Washington should emphasize critical support capabilities (e.g., intelligence systems, air-to-air refueling, strategic lift, etc.) that allow Germany to hone its expertise. Developing its own unique mission sets will enable Germany to carve out a further leadership role within the military alliance. U.S. interlocutors should also encourage the German Ministry of Defense to assume a larger decisionmaking role in policy circles. The Ministry of Foreign Affairs has long cast a shadow over German defense policy, leaving the Ministry of Defense to focus on procurement and training.

Special relationship status between the United States and Germany should also drive closer cooperation in the intelligence realm. It is time for Washington to seriously consider inviting Germany to join the “Five-Eyes” intelligence-sharing framework (alongside the United Kingdom, Australia, Canada, and New Zealand). At present, complicated privacy laws make cooperation among Germany’s intelligence entities and key government ministries exceptionally difficult. Such a sweeping initiative would add significant capability to existing Five Eyes-member portfolios as well as assist the German government in managing domestic public opinion, which remains deeply suspicious of intelligence-related matters.

Today, the “Who do I call, if I want to call Europe?” question finally has an answer. The German chancellor—perhaps even more so than the president of the European Commission—wields the political and economic clout to claim this mantle. The United States must now assist Germany in developing and enhancing the security clout that befits its new role—that of America’s “special relationship” partner and the future bedrock of European security.

Dr. Jake Sotiriadis is Director of the Center for Futures Intelligence and a member of the research faculty at National Intelligence University.