It's Time for an America First Green New Deal 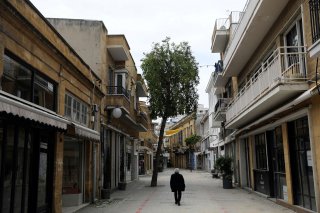 IF THERE is any good result of the coronavirus pandemic and its economic consequences, it is that they may blast both the Right and the Left in the United States and Great Britain out of the ideological straitjackets in which they systematically confined themselves in recent decades. If our political elites can manage this escape, it will leave us in much better shape to face further dire crises down the line: most notably climate change and its effects (including the spread of tropical diseases); mass migration; and deepening social inequality due to automation and artificial intelligence.

This crisis should teach the Right what Theodore Roosevelt and the New Nationalists taught it more than a century ago: that you cannot run a great modern mass society and economy on the basis that the answers to every question are to be found in a sacralized eighteenth-century constitution and blind faith in unrestrained free market economics; and that many areas of modern life need to be managed by technocratic and scientific experts, not amateur political cronies appointed through the spoils system. The Right will also have to relearn that no political order that wishes to survive can stand idly by while large sections of its population sink into economic misery and social despair.

The Left, for its part, should be forced to recognize the sheer frivolity of many of its obsessions of the past generation: ever more arcane and divisive ethnic and sexual identity politics; the unthinking mantra of a hollow “diversity”; and manifestly fantastical dreams of world government. The Left will have to relearn what Franklin Delano Roosevelt and the European social democrats of a previous generation could have taught it: the central importance of effective national states to the wellbeing of societies; states drawing their legitimacy from patriotism, and aiming not only at social solidarity but at national solidarity across lines of class, race, ethnicity, and religion.

And perhaps our culture as a whole will relearn, that as individuals and families, we can get by without ever-multiplying material goods and self-pitying psychobabble. But we cannot get by without reasonably effective states and harmonious societies.

That Western democracy in general and American democracy in particular were in serious trouble long before the coronavirus pandemic broke can hardly be denied. Economies, even when they grew, no longer distributed remotely equitable returns to the mass of the population. The façade of “full employment” covered vast underemployment, along with insecure and underpaid part-time employment. Mass migration—encouraged by a combination of capitalist greed and liberal internationalist utopianism—became a giant uncontrolled social and political experiment, the indigenous backlash against which has already resulted in a series of electoral disasters. And now a pandemic is demanding state economic interventions so huge and restrictions so draconian that they would have been dismissed as quite out of the question just a few weeks ago; for without such interventions we risk the collapse of our economies and with them of our democratic systems.

Prior to the pandemic, the result of this combination of pressures was not only political polarization but political disintegration—something that we simply cannot afford any longer. On the Right, the Republican elites’ complete failure over several decades to defend their base’s interests and culture has produced in Donald Trump a leader whose policies are mostly a front for the economic interests of the very elites he claims to oppose. Under Trump, the United States has taken a giant leap towards Central America or the Philippines, not so much in terms of dictatorship as of sheer populist vacuity; and the failings of this kind of system are now being cruelly exposed by the coronavirus crisis. Meanwhile, in the Democratic Party, the ethnic and cultural fragmentation of their base produced a “party” that is, in fact, at least three different parties, all incapable of agreeing on anything except their hatred of Trump. And both Democrats and Republicans became completely incapable of cooperating with each other in the national interest.

If these syndromes are not corrected by the impact of the coronavirus, then this crisis is only the first of the disasters that will eventually befall us. Polarization and paralysis will create a reciprocal effect by which governmental failure drives further political paralysis, which worsens state failure. If this pattern is continued for very long, then it will not be the extremes that will call for military dictatorship; it will be the centrists, not because they like the idea, but because everything else has failed and because military rule will seem the only way of avoiding much worse outcomes. This has been the pattern of a good many countries around the world, and contemporary Western democracies possess no magic inoculation against it. We have seen this before: in the 1920s and 1930s several European democracies failed under the impact of economic collapse, political divisions, and state paralysis.

Looming over everything is the threat of climate change, which, if unchecked, risks cataclysm in the long run and increased strains of every kind in the short to medium term. If the overwhelming scientific consensus is correct, then within the next decades we can expect multiple bad effects in the United States and southern Europe, including not only drought and wildfires but the spread of tropical diseases. The coronavirus will be only the first of the epidemics we will experience in the generations to come.

THE SCIENCE of anthropogenic climate change is by now incontrovertible, according to all the standards by which we normally assess scientific evidence. The future extent of climate change, and the precise local effects, are of course still unclear, but this is no excuse at all for a failure to act. In the first place, the extent of climate change depends chiefly on what we do—or do not do—to limit carbon emissions. Moreover, judgement about critical national security issues has always depended not on the establishment of certainties but the assessment of risks—another lesson that our unpreparedness for a pandemic is teaching us.

Among too many U.S. Republicans, however, denial of climate change hardly depends any more on evidence or rational argument. It has become a cultural marker of conservative identity—though one that has nothing at all to do with real conservative traditions and is rather driven by blind free market fundamentalism. Unfortunately, these Republican prejudices have been exacerbated by the way in which the Left has loaded onto the agenda of fighting climate change economic, political, and cultural issues that are either irrelevant to climate change or directly opposed to action: the abolition (as opposed to reform) of capitalism, and a whole rag bag of identity politics and demands for minority “empowerment.” The Green New Deal resolution presented to Congress by Representative Alexandria Ocasio-Cortez and Senator Ed Markey is an especially egregious and politically damaging example of this tendency.

Climate change hits all the [Republicans’] red buttons – massive state intervention and global cooperation led by pointy-headed bureaucrats … Faced with becoming ideological Luddites, they don’t just reject the solution to climate change, they reject the science. You shouldn’t smugly assume that the left’s interest in climate change is entirely grounded in science either. It pushes all their ideological joy buttons. The difference is that recognition of climate change in the end has real science behind it, while rejection is basically the stuff of cranks.

To sufficiently overcome this divide and make real change possible, the most important priority is to extend the lessons of the coronavirus crisis and recast climate change as a national issue—a threat to U.S. national interests in the short term and to the very existence of the United States in the long term. This is an opportunity to take up Donald Trump’s slogan, “Make America Great Again,” and do what he has altogether failed to do—give it some actual national (as opposed to racial) content. Climate change is, of course, a threat to humanity in general, but U.S. elected representatives were not elected to serve humanity, and U.S. officials have not sworn an oath of loyalty to humanity. And in terms of effective action, as the response to the coronavirus has illustrated, while international co-operation is desirable, strong action by individual states within their own borders and in defense of their own populations is essential.

Faced with climate change, pandemics, and other growing threats to the United States—which are not speculative but already visibly well underway—the guiding intellectual and political watchword of intelligent, democratic, and patriotic citizens in the years to come should be national resilience on the basis of technological progress, economic prosperity, and social solidarity: a Green New Deal if you will, but in an explicitly national and nationalist form. It is indeed striking how in recent weeks some on the Left have begun to use phrases like “national resilience” and “national self-sufficiency,” which until the pandemic they would probably have dismissed as reflective of “patriarchal values” and “authoritarian chauvinism.”

SUCCESS IN meeting the coronavirus crisis and building and sustaining long-term national resilience through social solidarity will depend largely on the creation of new forms of what Jared Diamond has called national “ego strength,” and Garrett Hardin called “moral capital”: “The degree to which a community possesses interlocking sets of values, virtues, norms, practices, identities, institutions and technologies that mesh well with evolved psychological mechanisms and thereby enable the community to suppress or regulate selfishness and make cooperation possible.”