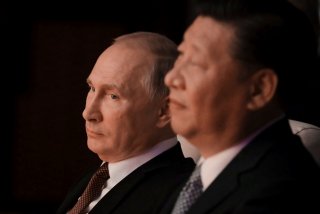 North Korea conducted its sixth and largest nuclear test Sunday morning, with officials claiming that it was a hydrogen bomb designed to fit on an intercontinental ballistic missile (ICBM). The test followed pictures released by Pyongyang earlier Saturday showing North Korean leader Kim Jong-un inspecting a thermonuclear device. The Trump administration is now under pressure to respond. While North Korea and the United States may be on a collision course in the months ahead, the right short-term response is not kinetic. The White House must lead the charge in a global sanctions campaign against China and Russia to severely restrict North Korean revenue.

Some experts will call for the White House to negotiate a freeze of North Korea’s nuclear program, with claims that it will reduce the threat and eventually lead to denuclearization. But we have seen this movie before and the ending is not encouraging. The 1994 Agreed Framework and 2005 Joint Statement did not lead to denuclearization, far from it. Pyongyang started a secret, alternative path to develop nuclear weapons while it demanded benefits from the 1994 deal. And in the wake of the Joint Statement, Pyongyang showed us that its nuclear threat is not limited to the weapons it is amassing at home. The Kim regime built a nuclear reactor in Syria that Israel destroyed in 2007.

Another popular refrain is that sanctions have failed to curtail Pyongyang’s weapons program, and it is not a viable policy option. But David Cohen, former Deputy Director of the CIA and former Under Secretary of the Treasury for Terrorism and Financial Intelligence for the Obama administration, has noted, “North Korea is not, by any stretch, ‘sanctioned out.’ Despite a broad set of international and U.S. sanctions, North Korea has gotten off relatively easy, especially as compared with Iran.”

A sixth nuclear test will prompt calls for another UN sanctions resolution. But this is exactly what Turtle Bay did after last year’s two nuclear tests. If anything, these measures show that international pressure on North Korea, which is already isolated, accomplishes little. The real leverage is with Beijing and Moscow, whose leaders have allowed North Korea’s rogue behavior to continue for far too long.

Recent disclosures show that from 2009 to 2017, North Korea used Chinese banks to process at least $2.2 billion in transactions through the U.S. financial system. Chinese banks must feel the full weight of the U.S. Treasury Department beginning with significant fines against medium-size and large banks. These fines should be complemented by a private message to China’s leaders that Washington is prepared to cut these banks from the U.S. financial system.

China, along with Russia, is working with North Korean proliferation entities in violation of UN sanctions. Washington must continue to sanction those activities and inform Moscow and Beijing that facilitating North Korea’s proliferation will be met with a harsh response targeting Chinese and Russian interests.

The leaders in Tehran are watching our next moves. They understand that there are important ramifications for the flawed 2015 nuclear deal. Iran will use Pyongyang’s playbook, to the extent that it is successful, to forge its own path to nuclear weapons. This is one more reason the Trump administration must insist on denuclearization of the Korean peninsula and resist calls to negotiate another flawed nuclear deal with North Korea that will decrease America’s security.

Conflict may be on the horizon. But for now, sanctions provide the best option to protect the United States and its allies from North Korea’s nuclear weapons. Those sanctions must now extend to China and Russia, whose leaders must feel compelled to change course. The Trump administration has an opportunity to force that change. Now is the time to seize it.

Anthony Ruggiero, a Senior Fellow at the Foundation for the Defense of Democracies, was the nonproliferation advisor to the U.S. delegation to the 2005 rounds of the Six-Party Talks and spent more than 17 years in the U.S. government. Follow him on Twitter @_ARuggiero.