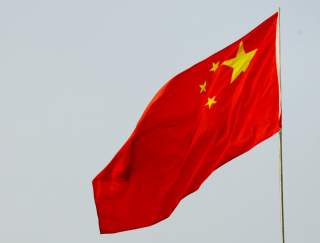 The “so called nine-dash line,” previously “the eleven-dash line” and also referred to as the “ten-dash line,” the “U-shaped line,” the “cow’s tongue” and the “ox’s tongue”: however one chooses to refer to China’s claims of some 80 to 90 percent of the South China Sea, the demarcation no longer holds water, following last week’s ruling issued by the arbitral tribunal at the Permanent Court of Arbitration in The Hague. The tribunal ruled China’s expansive claim under the nine-dash line had no legal basis, and that any claims must be made on the basis of maritime entitlements from land features. With the definitive ruling from The Hague, can we now finally lay these ill-defined terms to rest?

The case before the tribunal was brought by Manila in January 2013, following the seizure and occupation of the Scarborough Shoal by Chinese forces in 2012—reneging on an agreement brokered by Washington that both sides would pull back. Despite its treaty obligations to defend the Philippines, the United States did not come to the rescue, perhaps in retaliation for having had its military forces summarily dismissed from their bases at Clark and Subic.

The Hague’s ruling was widely expected to find in favor of Manila, despite a last-minute lobbying effort by Beijing to curry favor with a number of countries. The findings of the court were unexpectedly numerous, with rulings that the maritime features occupied by China were rocks, low-tide elevations, or submerged banks and thus were not entitled to the surrounding waters. The court also declared there was “no legal basis for China to claim historic rights to resources,” as China had never exercised exclusive authority over the waters. The tribunal also accused Beijing of interference with fishing and oil exploration, “severe harm to the coral reef environment” and of its failure to prevent Chinese fishermen from harvesting endangered sea turtles and other species “on a substantial scale.” Finally, the court also declared China’s nine-dash line did not comport with the United Nations Convention on the Law of the Sea, which Beijing ratified in 1996.

China’s Foreign Ministry issued a statement following the verdict, arguing, “The award is invalid and has no binding force,” and adding “China does not accept or recognize it.” While Beijing and a handful of countries may have publicly declared the ruling of the arbitral tribunal is illegitimate, does this spell the end of the nine-dash line?

The history of the nine-dash line is interesting, if not short. Despite Beijing using China’s long history as justification behind sovereignty claims over the South China Sea (in the words of Premier Wen Jiabao, “China’s historical territory since ancient times”), Beijing’s nine-dash line is a recent invention. The nine-dash line is widely reported by scholars to predate the existence of the People’s Republic of China (PRC), having first been published as an eleven-dash line by the Chiang Kai-shek’s Nationalist government of the Republic of China (ROC/Taiwan) in 1947. In 1953, PRC Premier Zhou Enlai requested the removal of two dashes in the Gulf of Tonkin, close to Vietnam. According to scholars, the map was based on an earlier map published by the ROC’s Land and Water Maps Inspection Committee in 1935. After Mao Zedong came to power in 1949, the PRC adopted the same map published by Chiang. The map, titled “Map of South China Sea Islands,” included the Paracel Islands, the Spratly Islands, the Pratas Islands, the Macclesfield Bank and the Scarborough Shoal. To stake its claim, China submitted this map to the United Nations on May 7, 2009, greatly alarming the littoral states of the South China Sea.

While Beijing has long pledged not to honor the verdict (in expectation of losing), surely if the tribunal or other legal body had ruled in China’s favor, Beijing would now be praising the process. And since the arbitral tribunal cannot enforce its ruling (there is no enforcement mechanism) Beijing can afford to ignore the ruling.

While Beijing will ignore the ruling, it cannot ignore the cost of its reputation, which it attempts to put forth as a peaceful, rising superpower, and one that joins international groupings and abides by international law. The adverse ruling against Beijing is just one more reason for the international community to continue its perception of China as an outlaw nation that picks and chooses which international rules it wishes to honor.

While Beijing, Taiwan and some dozen or so other countries may ignore the ruling, perhaps now is the time for the international community to ignore the nine-dash line and stop taking it so seriously. Imagine the international reaction and outcry if Rome, based on historical claims, issued a new map declaring a nine-dash line claiming some 90 percent of the Mediterranean Sea—or if New Delhi claimed 90 percent of the Indian Ocean.

Image: The flag of the People's Republic of China, flying over Tiananmen Square, Beijing. Flickr/Richard Fisher