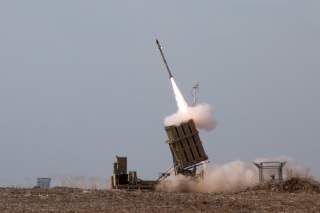 The situation in the Middle East today—where the current state order is being challenged by upheavals that began with the so-called Arab Spring and deteriorated into violence in and between several states—raises the question of whether this situation is conducive to the initiation of regional security dialogue as a means of helping to enhance security and restore stability. In one sense, the breakdown in security underscores the need to create new understandings and mechanisms, and the first step is regional security dialogue. Indeed, as states feel increasingly vulnerable in the face of the intensifying violence it is perhaps a particularly opportune moment to begin seriously considering regional discussions. In another sense, however, it might be the worst possible time to entertain such ideas, given the chaos in a number of regional states, especially Iraq and Syria. And the failed-state status of Libya raises the question of who would even be the relevant participant in such a dialogue.

Complicating the situation further is the complex matrix of state and sub-state interests that has emerged across the Middle East over the past few years. Regional upheaval has exacerbated tensions and disputes between pragmatic Sunni Arab states and Iran and its proxies, as well as between these states and Salafi-jihadist organizations like Al Qaeda and ISIS. These states are feeling weaker also due to internal tensions. But superimposed on this dynamic are the rivalries among the Sunni states themselves. Turkey, for example, cooperates with Saudi Arabia and Qatar in fighting Assad and ISIS, but is in conflict with Egypt over the treatment of the Muslim Brotherhood and related factions.

And different states attach different weights to the various perceived threats. Egypt is a good example of this complexity: unlike states in the Gulf, Egypt does not see Iran as the major threat currently, and is more focused on the Muslim Brotherhood and Salafi-jihadist movements. Egypt also sees Turkey—a major player in the pragmatic Sunni camp—as a salient threat.

When it comes to a major non-Arab and non-Muslim state like Israel, there are additional complications as far as regional dialogue is concerned. Although the pragmatic Sunni states tend to place less emphasis today on the Arab-Israeli conflict, they cannot ignore public opinion, which remains hostile to Israel as long as there is no progress in the Israeli-Palestinian arena. Moreover, dialogue with Israel, denoted as “normalization,” has come to be viewed in and of itself as a prize for Israel and not something to be “given” without getting something in return, again, primarily in the framework of Israel’s conflict with the Palestinians.

Still, the nuclear deal with Iran that was announced in July could mitigate some of the opposition to dialogue with Israel. The JCPOA has many states in the region quite nervous about the implications of failure, and about Iran's ability to nevertheless achieve a military nuclear capability. In the Gulf states, fears focus primarily on the implications of Iran’s enhanced regional clout, and what that will mean for their own security and regional standing. But whether threat perceptions focus on the nuclear weapons per se or the regional implications of a nuclear Iran, the combined effect has fostered a mutual interest among the so-called “like-minded states” in the region that oppose Iran, and provides a basis for pursuing security dialogue in a framework that could include Israel.

What can we learn from past efforts to advance regional cooperative efforts in the Middle East? First, organizations such as the Arab League and the GCC have reached a high level of institutionalization mainly because they play to a common identity. And even so, these organizations have not been highly effective due to conflicting interests, although the GCC has been more successful than the Arab League. The only regional security dialogue ambitious enough to include Israel in the fold was the groundbreaking Arms Control and Regional Security (ACRS) talks of the early 1990s. There are different explanations for the ultimate breakdown of these talks, but the fact that they were ongoing for four years is quite amazing, and clearly had something to do with the impact of the Gulf War on the one hand and the broader Madrid peace process on the other. Both of these developments encouraged a common sense that dialogue was both necessary and possible, although not all states bought into this logic. Here, the role of the U.S. and its ambitious regional security agenda for the region was crucial, including the pressure that the Americans brought to bear on the regional parties to attend.

Ultimately, for regional dialogue to be productive, there does not have to be a common identity among the participating states. Nor do all participants have to define their threats in the same way. Therefore, the complex matrix of security threats and rivalries currently defining the Middle East is not necessarily an impediment to regional dialogue. However, an essential precondition is the existence of some, even minimal, common interest that the states are working to realize; moreover, states must assess that they need each other in order to achieve the common goal, even if very broadly defined as “increasing the security of all states in the region.” Without that, rivalries will no doubt be stronger than common interests. This raises the question of whether there is any conceivable common interest today that is region-wide, and strong enough to overcome the differences among the states in their interests and threat perceptions.

What could help initiate dialogue, and in what configuration? Where might there be opportunities? First, it is hard to envision any framework, at the present time, that could include both Israel and Iran. Moreover, as far as Israel’s participation is concerned, the Iranian nuclear threat would be a major platform for forging a common interest with other states in the region. There is a growing sense among many politicians, journalists and members of the academia in Israel that new realities in the Middle East have forged a common interest between Israel and some Arab states that enables their cooperation, including new opportunities for a regional solution to the Israeli-Palestinian conflict.

It is worth mentioning that the transformative processes currently underway in the Middle East have a positive side benefit in that they help kill some “sacred cows.” We have seen this with regard to Israeli-Saudi dialogue, which until recently was regarded as possible only if totally under the wraps. But in recent years there has been a change, and Saudi figures have been willing to speak to Israelis publicly, such as recent public meetings between Prince Turki bin Faisal Al Saud and Israeli officials.

The failure to reach agreement on an agenda for a WMDFZ conference in the Middle East (from 2010 to 2015) was in part a reflection of the ongoing chaos in the Middle East. Even strong powers that supported the idea were cognizant of the fact that it was difficult to see how this could come about in the current regional conditions, especially given the exclusive focus on WMDs and the conceptual divide between Israel and Egypt in their approaches to arms control and regional security. As such, regional insecurity has perhaps helped to underscore that a different approach was needed, and the six informal meetings that Finland’s Jaakko Laajava organized in 2013–2014 were an encouraging sign.

Even though Egypt ultimately attempted a different and very negative tack at the 2015 NPT Review Conference, there were strong hints that some of the other Arab states were not on board with Egypt’s hard-nosed approach. And for Egypt itself, in light of Egypt and Israel’s unprecedented bilateral security cooperation in recent years, perhaps a way can be found to get past long-held positions and back to more productive, mutually beneficial dialogue. If Israel were to adopt a more willing approach to the Arab Peace Initiative—expressing its willingness to at least explore it—this could perhaps produce a more conducive atmosphere for dialogue. Any regional security dialogue envisioned in this regard would have to be inclusive as far as topics of discussion, running the full gamut from soft security to WMD.

In conclusion, the goal that the region should aspire to is to establish a regional security forum which will be guided by the principle of inclusiveness (in terms of its participants) and comprehensiveness (as far as the agenda is concerned). Against this backdrop, it is clear that the overall regional situation, in which the Middle East finds itself in violent transformation, is not conducive (nor is it ripe) for engaging in meaningful broad-based and region-wide discussion on comprehensive security issues. However, given a convergence of interests based on common threat perceptions, there is room for “like-minded states,” including Israel, to pursue regional dialogue. For that to happen, Israel and the relevant Arab states will no doubt have to revise some of their positions on political and security-related issues. As was the case in the ACRS talks, the role of a strong external party, such as the U.S. or Russia, in bringing the parties to the table will also be essential.