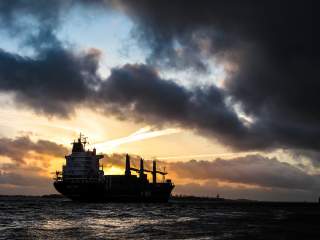 The Trump administration was whisked into office on the back of a nationalistic, blue-collar rhetoric, including the promise for better jobs and wages for the American worker. Trade deals and the offshoring of manufacturing to other countries, it was implied, have led to the demise of the American worker and the American Dream. This may well be true, but identifying the problem and solving it are two different things.

Most of the manufacturing jobs are not coming back to the United States. The manufacturing itself might, but it is unlikely to bring many jobs along with it. Another overly ambitious campaign promise then?

Manufacturing jobs are difficult to replace. Not only are the wages high, but the educational attainment necessary for traditional manufacturing roles is minimal. A high school education and a good manufacturing role could, once upon a time, maintain a middle-class lifestyle. There are few professions with similar dynamics.

One of them is oil. More specifically, oil-field jobs, like manufacturing jobs, are high-paying jobs that are vulnerable to market cycles and available to workers without significant education. Construction employment would also fit the mold, but that is somewhat difficult to spur (although the housing boom might tell a different tale).

Another oil boom, however, would require elevated prices or a technological leap to reduce extraction costs even further. The first does not seem likely given that the world is awash in crude and not even the Organization of the Petroleum Exporting Countries has been able to get oil prices sustainably higher. The second is unforeseeable. It could happen, but there is no way of knowing when it would happen.

Higher oil prices, then, would seem to be the one way to guarantee that blue-collar jobs will be created. But, for most of America, higher oil prices are wholly unacceptable. Seeing prices at the pump rise evokes images of dollars vanishing overseas and diminished spending power from the American public. The conventional logic of the U.S. economy holds that higher oil prices are bad, and lower prices are good.

That logic is flawed. The United States has emerged as an energy superpower, and this has altered its relationship to oil prices. Some of the United States’ best growth rates during the recovery were recorded when oil was $100—not when oil was $30. Not to mention the fact that when oil prices fall and U.S. workers lose jobs, those jobs are—in a sense—being sent to low-cost producers overseas. Earlier this year, researchers from the University of Notre Dame and the University of Michigan found evidence that increases in oil investment due to rising oil prices will offset the economic impact of reduced consumer spending. This should have been obvious, but it was not.

So what should be done? How does the United States take advantage of its energy superpower status, and create an economic and employment opportunity out of it? Simply, the United States should limit the importation of foreign crude oil.

The Saudis have already announced they will ship less crude oil to the United States than before. This is not a magnanimous attempt to generate jobs on American shores, but rather an attempt to speed the consumption of the stockpiles that the United States has built up over the past couple of years. The Saudis would likely view a cap on U.S. exports as constructive, not destructive to the market.

Limiting crude imports would be a blunt instrument and inherently controversial. After all, the United States is not yet comfortable in its skin as an energy superpower. The idea that higher oil prices might boost economic growth is the antithesis of the post-war mindset. But it may indeed be the case.

Using some rough figures for illustration purposes, let’s assume the United States consumes about twenty million barrels of oil per day and produces around nine million. If the United States slowly began to implement an import cap, then oil prices would rise and induce domestic production increases. Again, the idea is to encourage domestic production, not to shock the economy with far higher oil prices.

Executed properly, this could act as a price-floor mechanism. By keeping prices at a reasonable level—say $70—U.S. energy companies could make long-term investments knowing that their home market would support them. That leads to investments in people, technology and projects that would otherwise struggle. A moderate price increase would benefit—not endanger—the consumer economy of the United States.

The worry would be that prices might rise too quickly. But shale reacts quickly to incentives, limiting the ability of a slowly-increasing limit on crude imports to shock the system. Another concern is the impact to the so-called “petrodollar,” which is the dollarized system of crude-oil purchases globally. Capping U.S. imports will certainly have the effect of lowering the dollar’s global role, but it will be minimal relative to other factors in determining the dollar’s lasting prominence.

If the United States wants to create high-paying jobs, then the obvious target is crude oil and its related manufacturing sectors. A cap on imported oil will encourage domestic investment and hiring, and speed the rebalancing of global supply and demand. Since the major oil producers are already attempting to do exactly that, there should be few aggravated counterparties.

Not long ago, the United States had strict export policies on oil. Now, it should be the opposite. In an age where middle-skilled employment opportunities are scarce, oil is an opportunity the United States cannot squander. It is time to make oil great again.