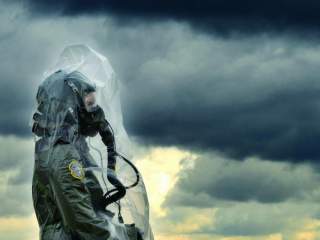 In fact, it is surprising that nuclear weapons are not yet declared illegal, just as chemical and biological weapons are. The Nuclear Non-Proliferation Treaty (NPT), the cornerstone of the nuclear nonproliferation and disarmament regime, only forbids the possession of nuclear weapons. The five nuclear-weapon states that acquired nuclear weapons before the entry into force of the NPT—the United States, Russia, the UK, France and China—were allowed to keep them. At the same time, they pledged to get rid of them. The problem is that this promise dates back to 1970 and there are still fifteen thousand nuclear weapons in the world, endangering every state, not just the few nuclear-weapon states.

Because of the relatively slow rate of nuclear reductions, and the stalemate of classic multilateral diplomacy like the UN Conference on Disarmament and the repeated failures of the NPT Review Conferences, a group of middle powers and NGOs (especially the International Red Cross and ICAN) launched the so-called Humanitarian Initiative. The goal of the Humanitarian Initiative is to change the existing narrative of nuclear deterrence, nuclear proliferation and more recently nuclear terrorism to the question of the humanitarian consequences that will ensue, for societies and individual human beings, if nuclear weapons are ever used again.

Over the last several years the Humanitarian Initiative has been successful in stirring up multilateral nuclear diplomacy: three international conferences were organized in 2013 and 2014, with an increasing number of states attending, and there is growing support at NPT “Prepcoms” and NPT Review Conferences, as well as at the UN General Assembly First Committee. Around 150 states have either supported the so-called Humanitarian Pledge (which was previously called the Austrian Pledge) or the UNGA First Committee resolution that resembles it. The pledge aims “to identify and pursue effective measures to fill the legal gap for the prohibition and elimination of nuclear weapons.” In fact, most states in the world apart from the nuclear-weapon states and their allies have at least implicitly expressed their support for starting a process that will lead to a nuclear-weapons ban, something that was still regarded as utopian as recently as ten years ago. In 2016, the diplomatic focus will be on the UN Open-Ended Working Group, where the same issues will be discussed.

The Humanitarian Initiative has sparked new interest in nuclear disarmament within global civil society, including within the younger generation and in continents (like Africa) that were previously less involved in nuclear disarmament. The signing of a nuclear-weapons ban will empower civil society worldwide even more, accumulating the momentum required to tackle other challenges, such as climate change.

In practice, nuclear burden sharing within the alliance has always been unequal. Some NATO member states, like Iceland and Lithuania, have always refused to station nuclear weapons on their territories; others, like Denmark, Norway and Spain, only in times of peace. Some have even shown an active interest in getting rid of nuclear weapons in the world. Norway, for instance, organized the first Humanitarian Initiative conference. Norway, Denmark and Iceland have often voted in favor of resolutions advocating the humanitarian approach. Indeed, these states are not only member of a collective defense organization (NATO), but they are also part of a collective security organization (the UN) and are signatories of the NPT. Indeed, a Nuclear-Weapons Ban Treaty is not in contradiction to the NPT; rather, they are complementary. And of course, all member states of an alliance retain individual sovereignty. That applies both to the nuclear-weapon states (the United States, the UK and France) that may want to cling to their nuclear weapons, and to the non-nuclear-weapon states that want to delegitimize nuclear weapons.

Enter the Nuclear-Weapons Ban Treaty. The major goal of a Ban Treaty would be to elevate the nuclear taboo to prominence and, by doing so, stigmatize the spread of nuclear weapons. The hope is that by doing so a societal and political debate will arise, including in some of the (democratic) nuclear-weapon states.

If just one nuclear-weapon state changes its status, as South Africa did in the past, and becomes a non-nuclear weapon state as a result of that debate, the advocates of the Ban Treaty will have met their goal. This would, in turn, have a substantial positive effect on the worldwide nuclear nonproliferation and disarmament regime. It will put much more pressure on the other nuclear-weapon states to follow; it is always easier to follow than to lead.

The most likely candidate that might come under a lot of pressure to give up its nuclear weapons is the UK, where there has always been an active peace movement—in contrast, for instance, to France. Current Labour leader Jeremy Corbyn (who now enjoys a higher job-approval rating than David Cameron) is a lifelong member of the Campaign for Nuclear Disarmament, and made disarmament one of his major election themes. Despite union criticism, there is no sign that he will weaken his point of view. Corbyn has already stated that if he becomes prime minister, he will “never push the button,” and he proposed to replace the nuclear weapons in British submarines with conventional weapons. The Scottish Nationalist Party (SNP) is also very outspoken against nuclear weapons, and made gains in the latest election partly on the basis of the nuclear-weapons issue; additionally, the SNP has been effective in changing Scottish Labour members' point of view. Apart from the Greens, who are by definition against nuclear weapons, the Liberal Democrats are no enthusiastic advocates of Trident either. The result is that in the UK today, only the Conservatives are still in favor of a full-blown renewal of Trident. With increased financial pressure on the defense budget, and Cameron hampered by the Panama Papers, debate in the UK is open.