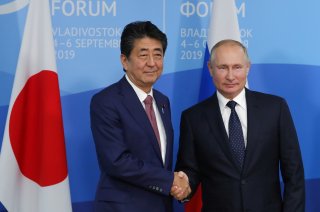 Neither the treaty nor the dispute resolution created close ties between Moscow and Beijing. Instead, both served as a reflection of progress already achieved, and helped solidify a framework for future proactive cooperation. Over the period from 1991 to 2004, bilateral relations became qualitatively different from what they had been. The normalization grew into a full-blown comprehensive strategic partnership despite certain fears present in the political discourse in the early 1990s: Russia feared the harmful influence of another Communist regime, while China was wary of the uncertainty following the disintegration of the USSR and the chaos it caused in Russia, as well as of the possibility of Moscow making friends with Washington to distance itself from its Communist past.

Nevertheless, avenues for mutually beneficial cooperation made the existing differences seem insignificant. A series of important bilateral documents followed. In 1994, a Joint Declaration called Sino-Russian relations “truly equal relations of good-neighbourliness, friendship and mutually advantageous cooperation based on the principles of peaceful coexistence.” In 1996 and 1997, two agreements on confidence-building in the military field and mutual reduction of military forces along the border areas were signed. Among other measures, Moscow and Beijing agreed to exchange information on the components of the armed forces and border troops deployed near the border; to refrain from military exercises directed against the other party; to limit the scale of military exercises; to reduce armed forces in the 100-kilometer zone on both sides of the border to agreed-upon limits; to not deploy river-going combat vessels from their navies in this zone; to invite observers to military exercises on a reciprocal basis, etc.

In June 1997, a special agreement on regular meetings of government leaders established a permanent structure of economic cooperation between Russia and China. The leaders of the two countries, worried about the United States’ apparent desire to unilaterally dominate the international system, signed a declaration aiming to promote a multipolar world and the establishment of a new international order. It manifested the converging positions of the two, which later became nearly identical. In 2001, the Treaty of Good-Neighbourliness and Friendly Cooperation firmly recognized the existing border, thus making rival territorial claims impossible. That same year, the Shanghai Cooperation Organization was established, creating a framework for multilateral cooperation in Central Asia. By 2003, China became Russia’s fourth-largest trading partner and Russia the eighth-largest partner for China. Bilateral trade quadrupled from $5.8 billion to $21.2 billion.

With these developments in the background, negotiations over the isles were bound to be successful by extension of the formally established Sino-Russian partnership. The order was such that the ties had to improve significantly first, diminishing the overall importance of the territorial issue and facilitating its successful settlement.

The notion that Russo-Japanese relations will only flourish after the currently disputed territories are finally divided could benefit from deeper historical analysis. Politically speaking, a peace treaty with Russia would most probably not affect Japan’s generally pro-American foreign policy course. In economic terms, friendship alone would not be able to force Tokyo to increase investment flows into the Russian economy unless the investment climate itself dramatically improves first. If this happened, the investments would follow even in the absence of any treaty.

THE FACT that the negotiations were finally brought to a positive conclusion does not imply that they were always necessarily easy or straightforward, or that the societal response following the border issue resolution was inevitably positive. It is often an argument in the case of Russia and Japan that the general public, being rather nationalistic in recent years, would oppose any form of settlement unless it is “all or nothing.” In this respect, it is worth remembering that both the Chinese and Russian governments were also criticized at the time for “buying” friendship with territory, giving away land unfairly, losing it to a tricky opponent, or even “betraying the motherland.” The nationalist Rodina party declined to support the agreement. “We do not vote for ceding Russian territory,” then-Rodina party leader Dmitry Rogozin told Trud. “We cannot understand why Russia should pay for good relations with China by surrendering its territory.” “Why should we transfer islands to the Chinese?” asked the popular Komsomolskaya Pravda. The newspaper quoted Viktor Ishayev, governor of the Khabarovsk region, as saying that the “yellow threat” could soon become a reality “by 2020 when China’s population is expected to reach 1.5 billion.” Chinese criticism of the matter was not publicly visible in the media for obvious reasons, but even some official periodicals admitted that certain circles within the country did not see the necessity of accepting the 1860 border treaty. Others insisted on the return of the whole island of Bolshoy Ussuriysky instead of only a part or continuing the dialogue indefinitely. Social media remarks were even more critical. In other words, the level of public disapproval was, arguably, comparable to that concerning the prospect of dividing or losing the Kuril Islands now by either party.

A nationalist resurgence in Japan is indeed the phenomenon addressed more often in the media, and public attitudes to ceding the territories to Japan in Russia are also rather negative—just as attitudes to “giving away” the territories to China used to be in the 1990s and early 2000s. Nonetheless, when assessed retrospectively, the agreement of 2004 is considered to have been necessary by the government and most experts, and perhaps not so costly for a partnership with such an important actor in the region:

It is apparent that in this case Putin made the right call for the state … he attempted to secure an alliance with a necessary partner. If we had to sacrifice a small part of river backwaters, we find this expense acceptable.

The same might happen if the territorial issue between Russia and Japan is settled: Moscow will enjoy a newly-established partnership in the Asia-Pacific, while Abe’s government will make a major leap forward in making Japan more confident and independent in the international arena. Of course, the Japanese government is much more dependent on public opinion than the Russian or Chinese governments, which also limits its ability to contain nationalistic sentiments. However, one should not underestimate the role of public opinion in Russia or even in China, where leaders are becoming more sensitive to it as well.

With the current general stalemate in bilateral relations between Moscow and Tokyo, a settlement is unlikely to happen very soon. What Japanese border studies expert Iwashita Akihiro argued a decade ago still holds true:

…territorial disputes seem to be of little interest to ordinary Japanese-Russian relations because, even if a peace treaty or border demarcation agreement were signed, it might not be of much consequence to either side. Russia and Japan had peacefully coexisted for the past forty years even during the Cold War period. They have not been particularly good neighbours, but nor have they been great enemies in the traditional sense. In the post-Cold War period, Russo-Japanese relations have slowly but gradually developed. Neither government feels an acute need to compromise with the other concerning disputed islands.

In a paper, Iwashita asks how the vacuum should be filled in bilateral relations and proposes a detailed plan for a fifty-fifty resolution on land and at sea. He also points out that such a resolution may easily turn from a “win-win” situation to a “lose-lose” one for both parties. The gap in Russian-Japanese relations may indeed be large, but when both sides consider the objective benefits that would follow once their territorial dispute is resolved, the way forward should be apparent.

THE RUSSIAN-Japanese territorial problem certainly has its differences with the Sino-Soviet/Sino-Russian one. Due to the 1855 Treaty of Shimoda, which established the borders between the two empires, Japan officially used to have control over Kunashir, Iturup, Habomai, and Shikotan, while the remaining Kuril Islands went to Russia and the status of the island of Sakhalin remained undetermined. The Treaty of Saint Petersburg in 1875 confirmed that Sakhalin was Russian territory and that all the Kuril Islands, including the now-disputed four, once again belonged to Japan. Over the course of the next few decades, Japanese communities of some seventeen thousand people developed on the isles. The Treaty of Portsmouth at the end of the Russo-Japanese War gave Japan the southern part of Sakhalin as well.

After its defeat in World War II, Japan had to renounce all its occupied territories under the 1951 Treaty of San Francisco with the Allies. It also renounced “all right, title and claim to the Kuril Islands,” as well as over other possessions (that included Sakhalin). The Soviet Union incorporated the Kurils, including the isles of Kunashir, Iturup, Habomai, and Shikotan, into its territory, deporting the existing Japanese population. However, Japan did not recognize these four islands as being part of the Kurils and claimed them back.

The diplomatic ties between the two nations were restored by the Soviet-Japanese Joint Declaration of 1956. The first clause of the declaration clearly expressed the joint will of both countries to end the war: “The state of war between the Union of Soviet Socialist Republics and Japan shall cease on the date on which this Declaration enters into force and peace, friendship and good-neighbourly relations between them shall be restored.” This fact is often conveniently left out when Western media sources provide historical background on the dispute, implying that the state of war between the two countries has not formally finished. Article 9 of the document also expresses the will of the USSR to cede the Habomai Islands and the island of Shikotan, but states that the actual transfer of these islands to Japan will only take place after the conclusion of a peace treaty between the Union of Soviet Socialist Republics and Japan. However, the treaty was never signed. The main reason why was the Treaty of Mutual Cooperation and Security between the United States and Japan, which, according to Moscow, changed the strategic situation in the region and made the original pledge null and void. The United States put pressure on Japan and advised against a territorial compromise with Moscow under the threat of terminating economic aid and retaining Okinawa.