Japan’s Constitutional Reinterpretation: A Tug of War between Strategy and Memory 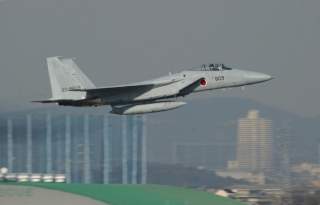 Is the Rationale for the Reinterpretation Unclear?

Given this compelling argument, why has Abe faced such difficulty in pitching his reinterpretation? In part, his administration has failed to express itself clearly enough.

Although polls generally find a low tolerance for the reinterpretation, they indicate greater support when the question of collective self-defense is reframed in terms of bolstering the U.S.-Japanese alliance. And in one poll, 84 percent of the public thought that the administration had not provided a sufficient explanation for its decision to reinterpret the constitution. In short, what Prime Minister Abe has here is failure to communicate. If he can better explain why his reinterpretation elevates rather than subverts Article 9’s underlying purpose, his case is likely to regain political traction.

The upcoming guidelines provide a ready platform for Washington to work hand-in-hand with Prime Minister Abe to clarify the significance of collective self-defense. To be sure, the United States must walk a fine line, lest it give rise to the impression that Japan is anything but a full partner in the alliance. But Washington should make as clear as possible that the right of collective-self defense works to the benefit of the alliance, and through it, to the ultimate benefit of Japan itself.

…Or Is It Too Clear?

But there is a second, and graver, problem. Many Japanese—along with much of the region—fear that Prime Minister Abe is motivated less by Japan’s current strategic environment, and more by a memory of his own—a darker memory, one that glorifies Japan’s prewar past and wishes to “normalize” Japan into a state that wages war without compunction.

Unfortunately, this suspicion finds support in a series of statements and gaffes by the Abe administration. Shortly after the elections, Abe pushed for revising Article 96 of the Japanese Constitution, which sets up a relatively rigorous threshold for constitutional amendments: two-thirds support in both Houses of the Diet, as well as a national referendum. Under Prime Minister Abe’s rule, though, the first requirement would have been watered down to a mere majority in each House. This tinkering had a purpose; the Abe administration wanted to lower the constitutional barrier to revising Article 9. When the public blanched at the proposal, Deputy Prime Minister Taro Aso thoughtlessly commented that the “German Weimar constitution changed, without being noticed, to the Nazi German constitution. Why don’t we learn from their tactics?” Although he was not serious, the damage was done, and a pall was cast over the administration’s future reinterpretation efforts.

More broadly, Abe has spurred charges of historical revisionism and even revanchism through a series of controversial policy choices. In 2013, he cast doubt on the 1993 Kono Statement, an apology by Japan for its sexual enslavement of Korean women during World War II. Then, at the end of the year, Abe visited the controversial Yasukuni Shrine, a Shinto shrine that honors those who died in service of the Japanese Empire, including several war criminals. Needless to say, these moves have raised the hackles of domestic and foreign critics who believe that Abe is trying to bury the sordid details of Japan’s past.

And the Japanese people are not the only ones turning the pages of the history books in this debate. Some states in the region have denounced what they perceive as Japan’s remilitarization. China has been a particularly vocal opponent: it has depicted the reinterpretation as a blow against the post–World War II international order and a prelude to a new rampage by Imperial Japan. The other primary victim of Japan’s aggression, South Korea, has also expressed its concerns, albeit at a lower decibel level. Beijing has taken quick advantage of the divide between the United States’ two alliance partners, doing all it can to drive a wedge between Seoul and Tokyo, despite the best efforts of Washington.

Once again, the United States can do only so much, given Prime Minister Abe’s personal predilections and the contingencies of the island-nation’s domestic politics. But in the past, the Obama administration has expressed its clear disapproval of Japan’s historical revisionism, and it should continue to condemn these lapses both in public and in private. Washington can also continue to act in its traditional role as a relay between Seoul and Tokyo, doing its best to repair an unnecessarily tattered relationship. Perhaps most importantly, the United States must make clear to Japan that these provocations endanger Japan’s own security in the end.

Moving from Past to Present and Future

For Abe to prevail, then, he must present a clearer case to the Japanese public about the strategic importance of the right to collective self-defense. Beyond that, though, he must also denature the twin strands that currently support his reinterpretation: one strand tied in the past, the other in the present and future. By disentangling historical revisionism from a focus on the current strategic situation, the Abe administration will help eliminate some of the suspicions that are preventing widespread support in Japan for Article 9’s reinterpretation.