Japan Could Benefit from China's One Belt, One Road Plan 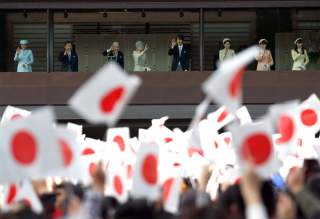 Thirdly, Tokyo’s newly cooperative stance on the Belt and Road Initiative should advance—and is advancing—its efforts to improve ties with Beijing. Better relations could, in turn, bolster Northeast Asian security as a whole by giving Tokyo and its allies more leverage over North Korea, which continues to develop nuclear weapons and ballistic missiles. Keeping with the positive momentum being generated by Abe’s interest in the BRI, Tokyo has already gone ahead and proposed reciprocal visits by either leader in 2018; this is something that has not happened since 2008.

While joining the BRI would definitely be beneficial for Japan, it has its challenges and these have to be addressed cautiously by the Abe government. Domestically, a Reuters Corporate Survey recently pointed out that the Japanese business community is showing its reluctance to participate in the Chinese project, with only five percent of the 220 respondents showing interest in the BRI. Indeed, Japanese companies see greater opportunities elsewhere, ranking a free-trade agreement between Japan and the United States, an eleven-country TPP without the United States, and economic cooperation with Russia as better business opportunities. If Japan is to join the BRI, this would need to change. Here, both China and Japan need to work together to enhance business interests.

Despite this, a step in the right direction is Abe’s signaling that Japan would be ready to cooperate with China’s BRI under certain conditions. Abe stated that it would be “critical for infrastructure to be open to use by all, and to be developed through procurement that is transparent and fair.” He further stressed that it would also be “essential for projects to be economically viable and to be financed by debt that can be repaid, and not to harm the soundness of the debtor nation’s finances.” The next step for Japan now would be to continue to bolster ties through continued dialogue and engagement, while pushing for these conditions to be met.

For China’s part, merely removing the “one” from the “one belt, one road” title and inserting “initiative” into the new title does not translate to openness of strategy or ease criticisms over a “China-centered institution-building.” China has to continue to engage great powers, especially those like Japan and the United States, who are showing deeper interest in the project. Further, it is essential for China to engage growing economies like India, which before pulling out, would have been an important part of the BRI. At the end of the day, the success of the BRI is as much dependent on the engagement of its partners as it is on China’s investment and plan.

Vindu Mai Chotani is a research student at the Department of Law and Politics, The University of Tokyo; and Visiting Associate, Observer Research Foundation, New Delhi.