Japan Is Ready for a Trump Presidency 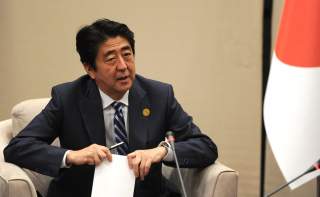 Amid the fallout from the 2016 U.S. presidential election, one country has already emerged ready for business with President-elect Donald J. Trump: Japan. Despite Tokyo’s flawed intelligence reports projecting Hillary Clinton’s victory and widespread concern over Trump’s campaign rhetoric against Japan, Japanese prime minister Shinzo Abe was quick to accept the new political reality in Washington, and directly phoned the victorious candidate to send a congratulatory message on November 9. The two leaders, speaking for the first time, confirmed the enduring importance of the U.S.-Japanese alliance. To Abe’s surprise, however, he reportedly felt personal chemistry with Trump and even succeeded in securing one of the first appointments for any foreign leader to meet with him in New York on November 17. The two leaders’ enthusiasm for dialogue bodes well for the future of the bilateral alliance, with prospects for reviving personal rapport that have not been seen since George W. Bush and Junichiro Koizumi in the early 2000s.

Indeed, personal rapport between U.S. and Japanese leaders is nowadays a forgotten element in an alliance that has remained the cornerstone of regional peace and stability. From the anticommunist solidarity of Eisenhower and Kishi in the 1950s to the halcyon days of the Bush-Koizumi era, personal bonds played a crucial role in charting what was once an adversarial relationship toward an alliance with global significance. In particular, apart from sharing their passion for Elvis Presley at Graceland, Bush and Koizumi successfully expanded the scope of the bilateral alliance beyond Northeast Asia, culminating in the Japanese Self-Defense Force’s participation in the U.S.-led war on terror in the Middle East.

Washington and Tokyo have failed to foster such a relationship since Koizumi’s exit in 2006. Initially, Japan was at fault in causing this disconnect. Koizumi’s departure created a political vacuum in Tokyo, ushering in a long period of political inertia often called the “revolving door of prime ministers.” After Abe took office in December 2012, he was greeted by an American president who seemed ambivalent about the new Japanese leader’s newfound self-confidence. Indeed, while cultivating a common ground, through initiatives such as the Trans-Pacific Partnership, President Barack Obama explicitly objected to some of Abe’s personal initiatives, particularly his amicable engagement with Russian president Vladimir Putin. Likewise, Abe grew suspicious of Obama’s regional commitment at a time when China’s military challenges were looming large on the horizon.

As a result, U.S. and Japanese leaders have largely delegated the task of alliance management, despite evolving security challenges. Absent a strategic consensus at the top, this has increasingly widened perception gaps between the two allies over the years, particularly over China’s regional challenges and Okinawa’s base relocation issues. Indeed, the upshot has been an alliance that has been one of the world’s strongest, given shared national interests, but suffering from years of leadership inertia and lacking personal chemistry at the top.

Trump’s presidency is a potential boon for the U.S.-Japanese alliance. Abe has a peculiar knack for building rapport with the world’s strongman leaders, ranging from Vladimir Putin to Turkish president Recep Tayyip Erdoğan. In fact, the latest phone summit reveals that Trump, who also is seeking common ground with Putin, may be another of the strongman types for whom Abe has a natural affinity. Moreover, Trump’s Asia advisers recently unveiled a Reaganite peace-through-strength vision for the region, with a particular focus on checking China’s growing assertiveness. Another adviser expressed the president-elect’s high hopes for a “Trump-Abe axis” as a new pillar of the U.S.-Japanese alliance. Furthermore, Trump’s pro-Russian bent could allow the two leaders to find a common ground on the importance of Russia for global security ahead of the Abe-Putin summit on December 15.

Of course, various uncertainties still surround Trump’s Asia strategy, and his presidency more broadly. Indeed, Tokyo is still cautious about the president-elect, given his maverick campaign rhetoric suggesting a potential trade war with Japan and endorsing the country’s nuclear-weapons capabilities. Even if Trump abandons such rhetoric after his presidential oath, he will most likely seek to revamp the existing alliance structure to delegate more security burden to Japan, as reinforced by his foreign-policy advisers.

However, Abe is undaunted by such a prospect. In fact, Abe reportedly expressed his intention to utilize Trump’s potential demand for Japan’s increased share of defense burden as a pretext for boosting the country’s independence from U.S. security guarantees. In Japan’s consensus-based society, change is hard to come by without external pressure, and no one knows this cultural rigidity more than the prime minister himself. Indeed, apart from securing an appointment with Trump, Abe immediately demonstrated his willingness for Japan’s greater regional role by having the Diet pass TPP ahead of U.S. ratification. In short, Abe is ready to forge personal rapport with Trump and negotiate a deal to upgrade the alliance.

In the run-up to the inauguration of Trump’s presidency on January 20, 2017, the domestic political focus in Washington will virtually leave Japan alone as the only regional power both willing and capable of defending the liberal world order in Asia. From the Korean Peninsula to the South China Sea, Asia’s volatility may heighten at regional flashpoints during this interregnum. Trump’s rise to the presidency has provided him and his Japanese counterpart with a rare opportunity to forge mutual rapport required for rectifying the ossified alliance structure as well as collaborating over other regional issues, particularly China’s expanding clout and Russia’s growing interest in Asia. The first Trump-Abe meeting will be a major indicator in charting the future trajectory of the U.S.-Japanese alliance.