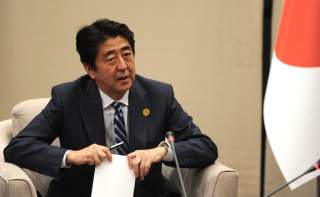 The outcome of the British referendum favoring the island nation’s historic return to isolationism epitomized the growing trend recently afflicting the West: introversion. Introversion is now eroding internationalism, with which the West has led the world since 1945 through such cooperative frameworks as the Group of Seven. The upshot is the West’s emerging fragmentation that stands to be only divided and potentially conquered by the global force of revisionism led by Russia and China.

While Europe remains poised for further political entropy, and with the United States also internally divided during the current election cycle, Japan appears to be the only advocate of internationalism among the G-7 countries after Brexit. Indeed, although still jolted by the news from London, Tokyo is both self-confident and eager to keep the torch of internationalism alight and lead the world against the gathering tide of global revisionism. The only constraining factor now appears to be time, demanding Tokyo’s swift show of leadership in mustering the G-7 commitment to preserving internationalism.

In fact, Japan’s unique posture among the G-7 members long preceded Brexit. Internationalism has been the guiding principle of Prime Minister Shinzo Abe’s foreign policy vision ever since his term began in December 2012. Indeed, Abe’s energetic drive for Japan’s global leadership has spawned the emergence of his eponymous foreign policy doctrine, the Abe Doctrine, which allowed Tokyo to increasingly shed its postwar pacifism.

As a result, Japanese leaders have recently been seen championing internationalism at virtually every major international event while hoisting their national flag even at transatlantic institutions, including NATO. The Abe Doctrine culminated in Japan’s chairmanship at the latest G-7 summit in Ise-shima in May, which generated the West’s last internationalist consensus on today’s many global issues before Brexit.

Japan’s economic might also bolster its case for internationalism. To be sure, the post-Brexit financial bloodbath appears to challenge Abe’s export-oriented Abenomics with the Japanese yen rapidly soaring to record highs since 2011, even leading the Bank of Japan to consider a potential currency intervention. Nonetheless, every cloud has a silver lining. In fact, with a stronger yen, Japan Inc. is poised for a potential buying spree abroad, particularly in Europe, where greater Japanese investment could ameliorate the impact of Brexit on the continent.

Moreover, a stronger yen could also provide Japan with a greater leverage over China in the global geoeconomic competition playing out between the world’s second- and third-largest economies. Indeed, as Beijing pursues its One Belt, One Road infrastructure initiative in earnest around the globe, it has been literally buying up space with bargain deals, virtually eliminating the competition with Japan’s technologically superior, yet more expensive, Partnership for Quality Infrastructure. This discrepancy has often allowed China to exploit local economic grievances to thrust its revisionist clout into emerging democracies, such as Indonesia.

In the long term, Japan could salvage internationalism by wielding the ultimate ace up its sleeve: free-trade pacts. Indeed, free trade is the foundation of internationalism and now finds itself at a historic crossroads, due not only to global revisionism but also to the West’s growing introversion. Tokyo currently has various free-trade pacts under consideration, ranging from the Trans-Pacific Partnership to the Japan-EU Economic Partnership Agreement, of which Japan was not originally the leader, but which it now finds itself championing. In fact, Japan is the linchpin of various free trade deals among the G-7 countries, with the strongest potential leverage to push them toward ultimate ratification as the U.S. presidential elections has made trade a double-edged sword for candidates.

In the wake of Brexit, Tokyo’s imperative is to swiftly stem the surge of global revisionism and the West’s introversion by leading the G-7’s internationalist solidarity. While Abe has already called for G-7 unity after Brexit, he must think long-term by continuing to collaborate with Japan’s Western partners on finalizing various free trade deals, particularly TPP. While the U.S. awaits its historic presidential election in November, the remainder of 2016 will ultimately test the strength of the U.S.-Japan alliance as the bulwark of internationalism. Given Abe’s indefatigable advocacy of internationalism, the world anxiously looks Japan for new initiatives and hope amidst the West’s historic crisis.

Joshua W. Walker, PhD (@drjwalk) leads the Japan work at the German Marshall Fund of the United States and is Vice President at APCO Worldwide where he leads the Global Institute where Hidetoshi Azuma (@hazuma_jpn) is an Adjunct Fellow based out of Tokyo.