Japan's 5 Most Lethal Weapons of War 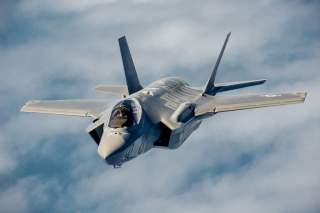 In 2011, Japan picked the F-35 Joint Strike Fighter over the Eurofighter Typhoon and the Boeing Super Hornet as its next generation fighter. Japan will purchase 42 F-35A fighters, the conventional takeoff and landing version designed for land-based air forces.

The F-35 will be Japan’s first stealth fighter and first fifth generation fighter. Recent developments in China, which is currently developing both the J-20 and J-31 fighters, made acquiring a fifth generation fighter a priority. The air to air and air to ground capabilities of the F-35 make it an ideal replacement for the F-4J Phantom, the last of which were recently withdrawn from service.

Lockheed Martin will manufacture the first four Japanese F-35As in the United States. Delivery is scheduled for the spring of 2018. The remaining 38 jets will be assembled at a final assembly and check out facility in Nagoya. Mitsubishi Electric, IHI, and Mitsubishi Heavy Industries will all fabricate engine and radar parts for the F-35A.

Japan is rumored to be looking at a second buy of F-35 fighters. The first batch of 42 fighters is not enough to replace the F-4J Phantom on a 1:1 basis, and the Air Self Defense Force’s F-15J Eagle fleet is flying into its fourth decade. Japan might even decide to put fixed-wing fighters on its Izumo-class helicopter destroyers and thus purchase a handful of the vertical takeoff and landing F-35B. Eventually, Japan may buy as many as a hundred F-35s.