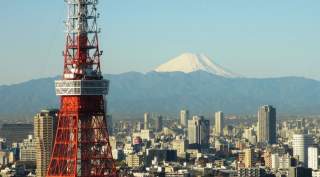 Quite a bit has been written recently about the challenges Japan is facing in terms of its declining population. Having lost over half a million people in the past two years and with projections of at least a 50 percent decline in the population through the end of this century, Japan sits at the leading edge of population change beginning in other parts of East Asia as well as Europe. While a fair amount has been written about the economic and other society-wide implications of this trend, less discussed in the media are the consequences of this population decline for regular people. In rural Japan, the population problem is tangible. As one walks around, there are few children and many elderly people, a consequence of both low fertility and out-migration of young people from rural areas for the attractions of city life.

On a steamy July weekend, I recently accompanied a group of Waseda University exchange students from China, Australia, the United States and Europe on a trip to a village in Niigata Prefecture, about three hours by bus from Tokyo. We were able to talk to local farmers, eat some wonderfully prepared local produce, and even help with some weeding while bending over knee-deep in the mud of a rice paddy. What emerged from this trip was not only an increased awareness of the challenges Japan is facing in rural areas, but an experience of the entrepreneurial spirit that is growing as people try to find creative ways to address these challenges.

First, the problems—and they are significant to be sure. I think in many ways, the situation facing much of rural Japan can be seen in the juxtaposition of two institutions we visited in Niigata. One was an elementary school in a mountain farming village. The school once had 125 students and was the thriving center of community life; today, it has nine students (across six grades) and five of these are actually transfer students from larger schools who were struggling socially or academically, so their parents moved them to the smaller environment. The other institution was a nursing home not far from the mountain village. Fully occupied, it had seventy permanent residents and a waiting list with 350 people.

This contrast provides a window into the problems facing people living in rural Japan. There are few young people to care for the elderly, work the fields, or simply keep up houses and farmland in the area. It is common to see both abandoned houses and fallow rice fields due to the lack of population. At the same time, there are a large number of older people working hard to hold on to their way of life, while also recognizing that things are changing and looking for ways to successfully adapt to a different demographic and social environment. Indeed, the vast majority of rice farming in Japan is done by people in their 60s and 70s and in the village we visited, physical work occurs throughout the year with snowfalls of four meters annually that need to be constantly moved to allow people to move around.

While the challenges are significant, there are also a variety of innovative programs being developed to help people cope and, perhaps, even keep younger members of the population from moving to the cities. One such program in Niigata is known as Panorama Farm (PF) which is a fairly recent business aimed at helping farmers deal with the high costs of rice farming and as well as providing labor for rice farming. One of the ways PF helps farmers is by purchasing rice production equipment—which altogether runs about $125,000 and represents a cost that can take more than ten years to recoup if one has only one hectare of rice paddy (man farms are smaller than this) without any income as a result of their labor. Instead of each farm family owning its own equipment, PF purchases the equipment and currently manages production on over 150 hectares of rice paddies that are owned by local families. The families buy into the company or lease the land, but the number of shareholders is quite limited, with most of the capital coming from the two men who started the company. Returns on leased land are small, but farm families have a strong connection to the land, because it was inherited from their ancestors. Failure to pass on the land to the next generation in good condition—meaning productive—is a moral requirement for these farmers. This provides a significant motivation to hold on to their land rather than to sell to corporate farms.

While PF manages rice production for members, it also has the aim of using organic farming techniques as much as possible. By using organic methods, they hope to create a luxury item in the form of very high quality rice, which then can support the high production costs associated with locally grown rice in Japan. PF also provides a more corporate environment where younger people can work and gain experience in farming practices or access mentoring to help set up farming-related businesses. This is one creative response to the Trans-Pacific Partnership Agreement, which poses a threat to Japanese rice farmers due to the potential import of less expensive—and lower quality—rice. PF hopes that by using organic techniques, their products will appeal to Japanese consumers and also provide a more sustainable approach to farming in the long run.

Sustainability is an area on which some local residents in Niigata are starting to focus their creative energies. In the same region that PF is located there is an NPO called ECOPLUS that was started by Dr. Takako Takano, a local who has also spent quite a bit of time living in other countries. ECOPLUS runs educational programs that bring city people to Niigata to learn more about farming and develop a stronger sense of where their food comes from and how it is produced, as well as direct experience of the type of labor involved with living in a rural community. Both adults and children participate in these programs. One such program brought people thirty to fifty years old for a workshop on snow shoveling from cities near Tokyo. Villagers taught their visitors about safely working with heavy snow, as well as exposing them to the culture of a rural mountain village. ECOPLUS has also worked with PF and has broad interests in developing sustainable farming techniques and developing educational programs that focus on sustainability.

The challenges faced in rural Japan are significant, but there is also quite a bit of entrepreneurial spirit and activity aimed at finding creative solutions to the problems generated by a declining population. It is very difficult to predict how this will turn out, as the population and economic challenges facing rural Japan are profound. But many living in these areas are committed to finding ways to adapt farming practices and ways of life to the changing social and economic climate Japan is facing.

John W. Traphagan is Professor of Religious Studies and faculty affiliate of the Population Research Center at the University of Texas at Austin.