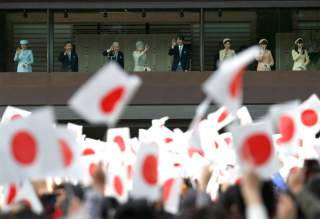 Prime Minister Shinzo Abe’s quest to raise Japan’s security profile has had remarkable success. His administration has halted the decline in defense spending, restructured the national-security bureaucracy and engineered considerable changes in national-security policy and doctrine. For all that progress, however, there are critical gaps in Japanese efforts. The most glaring omission is a geoeconomics strategy that integrates economic and strategic statecraft, an absence that is increasingly debilitating as more governments turn to economic tools to advance national interests.

In the five years since taking power, the Abe administration has presided over a virtual transformation of Japanese security policy. His government established the National Security Council (NSC), which reconfigured national-security decisionmaking and centralized power in the prime minister’s office (the Kantei). The NSC produced Japan’s first National Security Strategy and led the development of new National Defense Program Guidelines and the Mid-Term Defense Plan, which translates that policy into defense procurement. The government passed legislation to protect secrets, reinterpreted the constitution to permit Japan to exercise the right of collective self-defense, and then produced bills to allow that interpretation to be operationalized. Japan has strengthened its alliance with the United States, deepened security relations with partners like Australia, South Korea, India and the United Kingdom, and stepped up defense cooperation with other regional governments. The Abe government has liberalized arms export policies and Overseas Development Assistance (ODA) in ways that allow both to address and advance national-security interests. Finally, this government has developed national strategies to address the national-security dimensions of space and cyberspace.

Missing from this impressive list are initiatives that focus on the economic instruments of statecraft. That is a remarkable oversight for a country that has, since its modernization, emphasized the economic foundations of national power. It is even more surprising given Abe’s insistence that Japan’s long-awaited resurgence depends first and foremost on getting its economic house in order.

Japan’s National Security Strategy mentions “economy” or “economics” sixty-five times. It highlights the importance of cyberspace and outer space to the country’s economy. The new ODA charter and the revised arms export regulations note that the changes should stimulate parts of Japan’s own economy. The 2013 Japan Revitalization Strategy called on Japan to actively use ODA to acquire a larger percentage of global infrastructure projects and medical markets, which would “revitalize the Japanese economy by taking in growth of emerging countries” and “support the overseas development of small- and medium-size enterprises using ODA.”

Yet, a strategic mindset that begins with acknowledgement of the centrality of economics to Japan’s own power should also incorporate the use of economic tools into a national strategy that shapes the behavior of others. Japan hasn’t ignored such instruments: Tokyo has been one of the leading advocates of the use of sanctions against North Korea. Its policy does not appear to have progressed beyond that application of its economic tools, however.

The Japanese government should be developing a strategy that identifies and prioritizes areas of economic engagement and expansion and it should help shoulder the risks of implementing that strategy. For example, the government should identify how particular ODA projects fit into a larger strategic framework. Currently, the government provides funds for discrete individual projects, which the private sector accepts because they are profitable. But while ODA funds to build hospitals in Russia may buy goodwill, such initiatives must be designed to advance the Japan-Russia relationship. Private companies need a framework to understand Japanese government intentions not only in the context of the overall relationship with Russia, but also to show how they, working with the government, can shape Russia’s national medical strategy and policy.

This strategy must go well beyond ODA and arms exports. Hudson Institute analyst Arthur Herman has highlighted the “technologies and systems that until recently lay outside the conventional defense sector, but which now overlap with the Pentagon’s new third offset strategy for developing and fielding future military systems, in many cases by tailoring commercial high-tech technologies to fit defense needs.” Core components of this strategy include unmanned systems, robotics, miniaturization, artificial intelligence (AI) and big data, among others.

That list overlaps with many key sectors identified in various national-technology plans, which invariably include robotics, AI, and big data, along with nanotechnology, biotechnology, quantum computing and composite materials. The U.S. Defense Innovation Initiative, launched in 2014, aims to tap the energy and potential of actors “outside the Department of Defense’s traditional orbit.” Foreign countries are among them. Japan, which has cutting-edge technologies in many of these fields, is a primary partner in this effort.

The Japanese government too has recognized the rising importance of new technologies to the current and future health of the nation’s economy and defense. The logic of the Defense Innovation Initiative tracks that of Japan’s Ministry of Defense. The MoD’s 2014 Strategy on Defense Production and Technological Bases noted the need to “appropriately introduce from the outside civilian advanced technology (potential new products) which can be applicable to defense technology.” To that end, MoD will keep a closer eye on (“expand its survey area of”) civilian advanced technology and promote international cooperation, such as information sharing and joint research. In both countries, then, militaries are studying and embracing an expanding range of technologies, which create new avenues for bilateral cooperation, as well as new business opportunities.

Japan must embrace this broad approach—often referred to as geoeconomics—if it is going to keep pace with regional competitors and better align itself with that of the United States, its ally and partner. Geoeconomic reasoning is plain in the new U.S. National Military Strategy, which notes that “China is a strategic competitor using predatory economics to intimidate its neighbors . . . China is leveraging military modernization, influence operations, and predatory economics to coerce neighboring countries to reorder the Indo-Pacific region to their [sic] advantage.” The Chinese mindset is evident in a spectrum of policies: “Made in China 2025” plans that promote indigenous innovation and related policies that tilt the domestic market to disadvantage foreign competitors; restrictions on tour groups to South Korea to punish Seoul for its readiness to deploy U.S. antimissile systems; and embargoes on rare earths exports to Japan in the midst of a political crisis. Rather than merely denouncing these policies, a growing number of experts and analysts believe that other governments should be adopting them.

First, Japan must develop and articulate a geoeconomic strategy that takes a broader view of both national security and the instruments that can be used to advance and protect those interests. This effort will be based on a more comprehensive “all of country” approach to national power. The evolving and expanding definition of security threats—to include a growing emphasis on cyber, health and environmental concerns—demands an equally expansive assessment of the nature and value of tools to address them.

Second, this effort should be entrusted to a National Economic Security Council which would be established within the National Security Secretariat. It should not only develop this strategy and direct its implementation, but it should endeavor to ensure that such considerations remain at the forefront of national-security decisionmaking.

Third, and integral to this approach, the Japanese government should work closely with the private sector to promote and encourage such thinking among companies and businesses. Japanese companies have no appreciation of the role of economic tools in advancing national interests in Japan nor the capacity to think strategically in this context. Japanese companies need to be more sensitive to the demands of geoeconomics across an array of issues, from adopting and designing in cybersecurity best practices to their procedures and policies for protecting information. It is imperative that the Japanese government and businesses adopt new thinking in both strategy and practice that reflects the emerging national-security economy.

Toshifumi Kokubun is director of the Center for Rule Making Strategies (CRS) at Tama University and a senior fellow at Pacific Forum CSIS.

Brad Glosserman is a visiting professor at the CRS and a senior advisor at Pacific Forum CSIS.