Jeremy Corbyn: Who He Is and What He Means for America 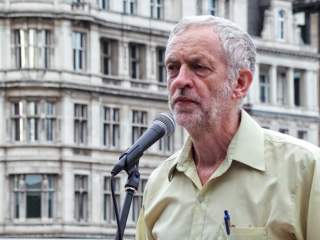 Few in the United States pay close attention to British politics. Certainly, there was less American interest in the British Labour Party’s recent leadership election than there is British interest in the progress of Donald Trump and Hillary Clinton. But what happens in Britain is not without consequence for the United States, and the emphatic election of Jeremy Corbyn to the Labour leadership—the most left-wing leader that the party has had in modern times—is certainly no exception.

Who is Jeremy Corbyn? “He wants to scrap Britain’s nuclear missiles, nationalize key industries and print money to bolster the economy,” writes The New York Times. “He is a critic of NATO and seems less than enthusiastic about the European Union.” A headline in The Atlantic even states, unfairly, that Corbyn “likes Hamas.” Clearly, Jeremy Corbyn is no typical politician. Yet earlier this month—precisely because of his avowedly left-wing and counter-mainstream political views—he won over nearly 60 percent of Labour party supporters to become the leader of Britain’s second-largest political party. Bernie Sanders, eat your heart out.

At first glance, though, it’s still hard to see why Americans should care much about Corbyn. After all, the current Conservative government will be in place until May 2020 under the terms of the Fixed Term Parliaments Act. Even then, Corbyn—if he is still Labour leader in 2020, which is certainly not to be taken for granted—is unlikely to unseat the Conservatives and become prime minister himself; the Labour Party suffered a crushing defeat in May of this year and needs to climb an electoral mountain in order to win in five years’ time.

But to focus on the occupancy of 10 Downing Street would be to overlook the realities of parliamentary government. The fact is that, as leader of the Official Opposition, Jeremy Corbyn will have ample opportunity to affect British politics and policy. This is because Prime Minister David Cameron can only boast a majority of 12 seats in the House of Commons—the smallest government majority since 1974. And if precedent is anything to go by, he can expect to lose some of those seats owing to by-elections and possibly even defections to other parties (two Tory MPs defected to the UK Independence Party in the last parliament).

Cameron’s wafer-thin majority makes his government vulnerable to parliamentary opposition. The government already has lost one important vote regarding how the impending referendum on “Brexit” will be conducted, and was forced to shelve plans to repeal the ban on fox hunting because of an expected lack of parliamentary support. If Jeremy Corbyn (working in concert with other opposition parties) can find common ground with even a small number of Conservative backbench rebels, then he certainly has the potential to halt government policies in their tracks—including in the realm of foreign policy, and it is in this respect that Corbyn’s leadership of the Labour party matters most for the United States.

Consider the military situation in Syria and Iraq. In the last parliament, David Cameron suffered a humiliating defeat at the hands of then Labour leader Ed Miliband over the question of participating in U.S.-led airstrikes against Bashar al-Assad. After conspiring with government backbenchers to defeat the plans, Miliband made great political hay out of his “standing up” to the United States and his opposition to British involvement in another foreign war. (According to some accounts, Cameron’s embarrassing failure to get domestic backing for the planned airstrikes was instrumental in convincing President Obama to retreat from his own promises to “punish” Assad for the use of chemical weapons.)

Now—and likely under some pressure from Washington—Cameron has signaled his intention to seek fresh approval for airstrikes in Syria—albeit this time against the Islamic State, not the Syrian regime. But just like two years ago, the Prime Minister might not be able to gain parliamentary approval for an expanded air campaign without the Labour party’s cooperation. The possibility of another parliamentary defeat for Cameron is therefore a very real risk: Corbyn shows absolutely no sign of being willing to extend bipartisan support for such airstrikes.

And other important foreign policy decisions loom. A decision over whether to renew Britain’s submarine-based nuclear deterrent (“Trident”) is due in 2016, for example. As a longstanding proponent of unilateral nuclear disarmament, Corbyn is adamantly opposed to the renewal of Trident (so is the Scottish National party, which is now the third largest party in the House of Commons). Might, then, Britain become a nuclear-weapons-free zone? If so, what would be the implications for the NATO alliance and the so-called “special relationship,” a pillar of which has always been close cooperation on nuclear issues?

A referendum on Britain’s membership of the European Union is also scheduled for this parliament, probably in 2017. Although Corbyn has declared that he will not campaign for “Brexit,” he is very cool on the idea of the EU, which hard-left politicians in Britain have traditionally seen as a “businessman’s club” at odds with the interests of workers. For twenty-five years, Labour moderates have provided a reliable bastion of support for Britain’s continued membership of Europe; even if Corbyn stays muted during the impending referendum campaign, this would be a serious blow to the pro-EU cause. It would also undermine U.S. strategic interests, given that successive American presidents have long campaigned for Britain to remain at the heart of Europe.

As these few examples show, Jeremy Corbyn looks set to enjoy several opportunities to shape the direction of British foreign policy, the transatlantic alliance, and wider global issues—from the Middle East to nuclear weapons policy to European integration. In parliamentary systems, governments can only conduct bold and confident foreign policies when they enjoy a healthy majority or else cross-party support. Right now, David Cameron has neither of these blessings, which makes Jeremy Corbyn a very significant figure indeed.

While Americans certainly should not be alarmed by any of this, they would probably do well to take notice. For the past six years, Barack Obama’s foreign-policy doctrine has placed a heavy emphasis upon cooperation with U.S. allies. It’s therefore an issue when those allies undergo major domestic upheavals.