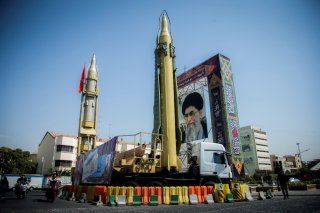 Iran is one of the nations that is most likely to try to test Joe Biden’s resolve. It may exploit the confusion caused by the transition. For example, there was just a mysterious explosion of a Singapore-flagged oil tanker that was in port in Saudi Arabia, to which the media paid next to no attention. This is clearly the time to explore what the policy of the United States—and its allies—ought to be toward Iran.

During his term, President Donald Trump quit the Joint Comprehensive Plan of Action (JCPOA), but several other nations continued to uphold it. During the campaign, President-elect Joe Biden wrote that, under his administration, “[i]f Iran returns to strict compliance with the nuclear deal, the United States would rejoin the agreement as a starting point for follow-on negotiations.” Since the election, Iran has indicated that it expects the Biden administration to rejoin the 2015 deal, which suggests that Iran itself is willing to return to full compliance in exchange for the lifting of U.S. sanctions. Critics point out several major defects of the JCPOA and warn against rejoining it. Hence, the focus of the media debate around foreign policy toward Iran is on whether to rejoin or not.

However, even if the JCPOA is perfected and faithfully implemented, Iran will still pose a major threat to peace in the region and beyond.

Currently, the JCPOA limits Iran’s nuclear developments for a few more years, until 2030, after which Iran will be free to have an industrial-scale nuclear program with no limitations on the number and type of centrifuges, nor on its stockpiling and development of fissile material. Let’s assume that Iran would somehow agree to extend those restrictions for another twenty years.

Currently, the deal does not require Iran to submit to “anytime, anywhere” International Atomic Energy Agency (IAEA) inspections of all its facilities. While inspectors can monitor known nuclear sites, they must ask Iran for access to other sites, “including military sites where there is suspected nuclear activity.” Iran can negotiate with the inspectors for fourteen days after a request. If the parties do not reach an agreement, the joint commission has a week to negotiate, and, if the final deal includes inspector access, Iran still has another three days before it has to allow the inspectors to enter the site. Let’s assume that Iran agrees to allow all of its facilities to be inspected all the time, including immediately following inspectors’ requests.

According to IAEA, as of last month, Iran had over eight times the maximum amount of enriched uranium allowed under the terms of the JCPOA. Let’s assume that Iran agrees to roll back the advances it made in the last two years, in violation of the deal.

The current U.S. sanctions hurt Iran badly and, once they are lifted, they are very difficult to reinstate. Nevertheless, Iran insists that all sanctions must first be lifted before it will comply again with the deal. In other words, Iran demands to get the ice cream before it takes the medicine. Let’s assume that Iran will give up even on this requirement.

Even if all of the assumptions listed above hold true, a possibility that requires a very considerable suspension of disbelief, Iran would still pose a major threat due to other concerns. Most importantly, Iran is in violation of a UN resolution that “called upon” Iran to desist from its effort to create ballistic missiles that could carry nuclear weapons. The United States, France, and Britain claim that Iran’s ballistic missile launches violate the terms of the resolution, while Iran argues that these missiles are not equipped to hold nuclear weapons. Moreover, at issue are not merely nuclear-tipped missiles.

There is no better way to highlight the danger that Iran’s non-nuclear missiles, which are not covered by the JCPOA, pose than to offer a reminder of what happened last year. Iran’s missiles struck Saudi Arabia at Abqaiq and Khurais, crucial petroleum processing sites and oil fields, on September 14, 2019. The attack and the resulting fires eliminated 5.7 million barrels of oil per day from the global market, nearly half of Saudi Arabia’s output. The kingdom was caught completely unaware. The expensive U.S.-made surface-to-air missiles that Saudi Arabia has purchased were powerless. The missiles (and drones) used in the attack were too low-flying to appear on the radar.

The attackers were able to specifically target their strike, hitting valuable, difficult-to-replace equipment and flammable storage tanks. Reports by U.S. analysts “describe the attack as a kind of wake-up call: evidence of a vastly improved arsenal of high-precision missiles that Iran has quietly developed and shared with allies over the past decade,” according to the Washington Post. (Hezbollah has been one ally on the receiving end of this technology, and Iran has been building factories to ramp up its capability to provide such supplies in Syria and possibly in Lebanon.)

Robert McNally, who was a national security adviser to President George W. Bush, said, “This attack was about Iran demonstrating that it has the means and will to execute exquisitely precise attacks on the most vital oil infrastructure in the world by far. And they can come back next Tuesday or a week from Friday – they can do this again.” In a recent New York Times column, Thomas L. Friedman writes about the significance of the attack, explaining that Israeli military analysts are correct to call “this surprise attack…the Middle East’s ‘Pearl Harbor.’” The fact that the U.S. response was deliberately mild further affirms these concerns.

In short, we need a rather different deal, one that does not merely remedy the several serious defects the current one has, but that also governs ballistic missiles and precision-guided munitions—and a commitment from Iran to stop supporting terrorism.

Amitai Etzioni is a University Professor and professor of international affairs at The George Washington University. For more about him, see “The Making of a Peacenik.”