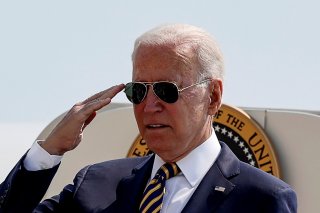 Crowded. Competitive. Complicated. This is how Joe Biden described the international landscape when he assured the American people that he would renew America’s commitment to a new era of arms control. That was Biden as a candidate for the presidency. Now, as president of the United States, the world has hope that Biden will deliver, not only on his promises made on the campaign trail, but also on something that he has stood for almost his entire life: a stable, peaceful world led by the United States.

Biden’s vision of this stable world has a denuclearized North Korea. In this world, Iran is not acquiring nuclear weapons and is instead bound by non-proliferation commitments under a renewed Joint Comprehensive Plan of Action. It is a world where America’s nuclear and conventional deterrent is robust and there is a reduced role of nuclear weapons in the United States’ security strategy. It is a world where China and Russia are held accountable for ensuring strategic stability through binding arms control arrangements with the United States.

It is a world which does not exist. The world which does exist is crowded, competitive, and complicated. Biden can have his wishlist, but the geopolitical and geostrategic realities on the ground are ugly enough to prevent him from altering the status quo in his favor. North Korean, Russian, and Chinese nuclear and military modernization (which are primarily in response to American modernization), are reasons enough for the technostrategic community in the United States to reinforce the security dilemma that they believe the United States faces.

Donald Trump’s 2018 Nuclear Posture Review (NPR) was aggressive, impulsive, threatening, and dangerous for several reasons. However, Biden has an opportunity to turn a new page. The 2018 NPR suggested that if the United States must develop new nuclear weapons to enhance the credibility of its nuclear deterrent, then perhaps other states with nuclear weapons should reevaluate theirs as well. This call to expand the size and role of the United States’ nuclear arsenal was irresponsible. Biden can reverse this by stopping the development of new nuclear weapons.

The 2018 NPR expanded the role of nuclear weapons in responding to non-nuclear strategic attacks such as major cyber attacks. The world was baffled trying to imagine a nuclear first use authorized by the president in a non-nuclear scenario. This is bound to open up space for others to contemplate the possibility of the use of nuclear weapons in the non-nuclear strategic space. New questions regarding the threshold for nuclear first use are never-ending. Biden’s NPR can address this insanity by reversing the policies that made nuclear weapons more usable than they already were. The two nuclear capability-enhancing components of the 2018 NPR must be reversed to stop the development of low-yield warheads for submarine-launched ballistic missiles and a new sea-launched cruise missile.

The Biden administration’s NPR can make a significant impact and enhance the confidence of all nuclear-weapon states around the world if it leads by example and calls for exploring arms control mechanisms to curtail the development of advanced missile and hypersonic vehicle technologies. There are a number of emerging technologies that are disruptive in nature and have a direct impact on the national security strategies of all states possessing nuclear weapons. The race to acquire and develop the most lethal form of weapons, namely lethal autonomous weapons, hypersonic weapons, directed energy weapons using artificial intelligence, and quantum and biotechnology will shape the future of warfare. A trilateral framework of arms control involving the United States, Russia, and China, led by the United States, can help slow down this deadly arms race. Biden can lead this arms control revolution. We, as humanity, are at an inflection point. Biden is the man who can make history by securing our collective future. And this is his moment.

Dr. Rabia Akhtar is the Director of the Centre for Security, Strategy and Policy Research at the University of Lahore and a nonresident senior fellow at the Atlantic Council South Asia Center.