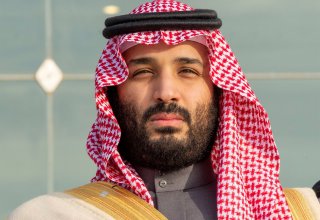 Last week, the White House decided to publicly release a long-suppressed intelligence report pinning the blame on the Kingdom of Saudi Arabia’s de facto ruler, Crown Prince Mohammed Bin Salman, for the 2018 death of dissident journalist Jamal Khashoggi. On the heels of the disclosure, the U.S. Treasury Department leveled new sanctions against a slew of high-ranking individuals linked to the grisly killing (though, notably, not against the crown prince).

That it did is hardly a surprise. The idea that Riyadh should pay some sort of a cost for Khashoggi’s brutal demise is hardly a controversial one. Indeed, such a move has been advocated for years on both sides of the U.S. political aisle. What comes next, however, is likely to prove decisive. Beyond condemning the House of Saud for its role in the Khashoggi affair, Washington’s broader approach to the Kingdom needs to be carefully calibrated to reflect a number of new realities.

Since it was introduced in 2016, “Vision 2030,” as the Saudi government’s ambitious plan to reshape the nation’s economy and society is officially known, has touched virtually every sector of life in the kingdom. In the span of a half-decade, it has begun to reorient the country’s economy away from its traditional reliance on oil exports toward greater tech innovation, significantly elevated the role of women in Saudi society, and relaxed strictures on culture and social interaction.

Such steps, unthinkable only a few short years ago, have the potential to fundamentally transform the kingdom over time. For now, however, these advances are still tentative—and reversible. They are also deeply controversial within the kingdom itself, where an ultra-conservative clerical class has actively pushed back against the new status quo. A U.S. policy that weakens the authority of the House of Saud, therefore, will have the ancillary effect of strengthening recidivist forces as opposed to the societal changes now taking place there.

The Kingdom Is on a New Religious Trajectory

Part and parcel of the shifts embodied in Vision 2030 is a significant rethink of the Kingdom’s approach to Islam. Historically, Saudi Arabia has occupied a central role in the global spread of Islamic extremism. Between 1975 and 1987, for instance, the House of Saud is estimated to have spent some $4 billion annually to promulgate the Wahhabi version of Islam via the distribution of religious literature, the establishment of mosques and cultural centers, and assorted other activities, with dramatic (and dramatically negative) results on Islamic discourse worldwide. Of late, however, the kingdom has begun to revamp its approach to the way the Muslim faith is portrayed and communicated. This change can be seen in the Saudi government’s recent efforts at intra-Muslim dialogue, as well as significant interfaith outreach that has brought the kingdom’s previously-insular clergy in much closer proximity with other religions, and with the West.

To be sure, what is visible in the Kingdom today cannot be called an outright repudiation of the core Wahhabi creed of the House of Saud. Nevertheless, the aggregate result of the changes taking place within the Kingdom is that, while perhaps not yet part of the solution in the struggle against Islamic extremism, it is now a significantly smaller part of the problem than in years past. This new role is one that needs to be nurtured by the United States as part of its ongoing efforts to confront and combat Islamic extremism.

For the Kingdom, America Is No Longer the Only Game in Town

Saudi officials trace the modern U.S.-Saudi partnership back to the historic summit between Saudi King Ibn Saud and President Franklin D. Roosevelt aboard the USS Quincy in 1945. Since then, America has ranked as the Kingdom’s foremost international ally, although those bonds have been sorely strained in recent years by issues like Islamic extremism, economic policy and human rights.

Yet America’s standing with the Kingdom is no longer nearly as unassailable as it once was. That’s because the past half-decade has seen the emergence of a burgeoning strategic partnership between Saudi Arabia the People’s Republic of China (PRC). This “new era” of bilateral ties has been punctuated by upwards of $100 billion in Chinese investment and assorted other contacts that have cumulatively made the PRC a major stakeholder in the kingdom’s Vision 2030 plan and Saudi Arabia a key node in China’s vaunted Belt & Road Initiative.

Up until now, the House of Saud has taken pains to balance its deepening ties to China with its historic relationship with the United States. When I visited Riyadh last year, Saudi officials told me that they considered themselves separate from, and unaffected by, the unfolding “great power competition” between the U.S. and China. That stance, however, is likely to shift in the face of more punitive U.S. policy, and amplify questions already percolating in Riyadh about whether the strategic partnership between America and the Kingdom has truly run its course.

Already, the Biden administration’s sterner Saudi policy has been met by cheers from those who have long advocated for some sort of retribution against Riyadh for its role in Khashoggi’s demise, and by admonitions from others who believe that the new measures do not go nearly far enough. What the White House does next will go a long way toward determining the shape of the future U.S.-Saudi relationship—as well as Riyadh’s larger geopolitical trajectory. To that end, Washington should have every interest in nurturing the kingdom’s current course, and ample reason to fear the potential consequences of nudging it in the opposite direction.