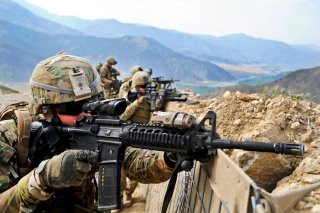 President Joe Biden did it. In announcing a complete exit by September 11, the twentieth anniversary of the Al Qaeda terrorist attacks on the World Trade Center and Pentagon, from Afghanistan, he has dispensed with the fiction that America can somehow not only defeat the Taliban but also remake Afghanistan. It never could.

The war went awry early on when the Bush administration quickly diverted troops from Afghanistan, deemed a success, to prepare for war in Iraq, a losing venture that America should never have embarked upon in the first place. Iraq had nothing to do with September 11, no matter how much the neocons blustered about the dire threat Saddam Hussein supposedly represented to life, liberty, and the pursuit of happiness. In the annals of American wars, Afghanistan and Iraq will always be intimately linked as a march of folly.

Decades later, the Washington Post reports, the Biden administration says America achieved its objectives to “deliver justice to those who attacked us on September 11th and to disrupt terrorists seeking to use Afghanistan as a safe haven to attack the United States.” With this behind us and great-power conflicts ahead, Biden has finally pulled the plug. Over 3,000 U.S. troops, many of whom were born after the attacks on September 11, 2001, scarred America, are coming home.

It is not an insignificant achievement. Neither President Barack Obama nor President Donald Trump was able to extricate America from the morass of Afghanistan. For a moment it looked like Biden might be going wobbly. But he didn’t.

The hawks will emerge to decry it as defeatism, much as they did America’s exit from Vietnam. But America was defeated long ago. The Taliban were never routed. They held their ground, then advanced. The Kabul government failed to win its desired respite from Taliban offensives, even while Taliban negotiators participated in peace talks. The risk of additional violence between the United States and the Taliban never completely subsided either. Further war remained a real possibility. The administration says it will remain a source of diplomatic support for Kabul, something that is probably of scant comfort to the increasingly beleaguered President Ashraf Ghani. In truth, Afghanistan’s future is precarious. But America never had the ability to determine it.

Biden’s plan is clearly to confront major powers—and to invest in America itself. The trillions that were squandered in Afghanistan could have been usefully deployed at home in America. Perhaps they will be.

For now, Biden is executing a significant symbolic shift in American foreign policy. The calamitous age of regime change has come to an end. Foreign adventures are a distraction from Biden’s domestic program. Put otherwise, the Forever War couldn’t go on forever. You might even call it the start of a new realism about America’s capabilities and aspirations at home and abroad.