Joe Biden Has a Problem at the Department of Labor 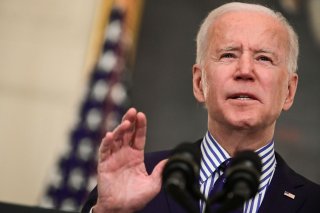 Republicans are choosy about which of President Joe Biden’s nominees to fight—more interested in low-hanging fruit such as ideological firebrands Neera Tanden for budget director and Health and Human Services pick Xavier Becerra. The Labor Department is rarely a very contentious post.

Biden tapped Boston Mayor Marty Walsh to be labor secretary and California’s labor secretary Julie Su for the deputy post. These two are hardly an inspiring duo for ethics or competence.

GOP senators gave Walsh a light touch in his February confirmation, opting not to bring up the union extortion scandal of two of his top aides, or how his mayoral campaigns spent money. With a very likely confirmation, Walsh is exiting Boston leaving behind a rushed and controversial appointment of a police commissioner, the Boston Herald reported.

Su, secretary of California’s Labor and Workforce Development Agency since 2019, may have a slightly tougher hearing, but she will likely be confirmed. Her agency oversees the Employee Development Department that paid out at least $11 billion and as much as $31 billion in unemployment benefits to fraudsters—including organized crime rings from Russia, Nigeria and China—during the coronavirus crisis.

This is more a matter of competence than ethics—but is very cogent in light of the enormous $1.9 trillion COVID-19 relief package.

Even the usually left-leaning editorial board of the Los Angeles Times asserted Su’s nomination “comes with heavy baggage that is sure to weigh her down during the confirmation hearings.” The newspaper added, “Senators must demand that she answer for her role in the EDD fiasco before she can be trusted to play a key role in the nation’s economic recovery.”

As for Walsh, the closest thing to scrutiny he had was when Sen. Richard Burr, R-N.C., said the United States “can never afford to have a labor secretary that will ever be accused of being in cahoots with union bosses.”

Walsh knows something about union bosses—having been president of Laborers International Union of North America Local 223 as well as the Boston Metropolitan District Building Trades Council.

After becoming mayor, Walsh appointed Kenneth Brissette as Boston’s director of tourism and named Tim Sullivan as director of intergovernmental affairs. In 2014, Brissette told a concert promotion company it had to hire all workers from the International Alliance of Theatrical Stage Employees Local 11 to get the permits for the Labor Day week music festival at City Hall Plaza. The company, Crash Line Productions, initially declined because it already hired workers. But they eventually agreed to hire nine people—about half the stage crew—from the union to prevent the cancellation of the festival, as described by government watchdog group the National Legal and Policy Center.

The company reported this to the U.S. Department of Labor under the Obama administration. And in 2016, the Obama Justice Department secured extortion indictments against both Brissette and Sullivan. After a jury convicted the two in August 2019, Walsh said, “I have always believed that their hearts were in the right place. We have taken several measures at the City of Boston to ensure that every employee has the right tools and training to perform at the highest standards, which has always been my expectation.”

In March 2020, U.S. District Judge Leo Sorokin, an Obama appointee, reversed the conviction and the Justice Department decided not to appeal.

Perhaps Republicans saw no need to bring up a conviction that had been tossed. They also ignored the more recent news stories that emerged after the nomination. Since 2013, Walsh’s campaign paid about $1.2 million to his girlfriend’s employer, LB Strategies, a political consulting firm in Boston.

This didn’t run afoul of campaign finance laws but has a bad odor. Helping out friends, or perhaps significant others is an old trait for politicians. So, this might have been a glasshouse no senator in the confirmation hearing wanted to toss stones from.

To be clear, in neither the legal case of his aides nor his campaign spending was Walsh ever even accused personally breaking any law. A slapdash appointment of the city’s police commissioner caused a political headache over vetting, but no crime. But all speak to how he leads—either a city or a federal Cabinet agency.

The Department of Labor doesn’t get a lot of coverage, but is consequential in enforcing labor and wage laws, assessing employment data and dealing with labor-management matters—at a time when the recovery of the United States is key. If personnel is policy, then Americans don’t necessarily have a reason for a lot of confidence.

Fred Lucas is the White House correspondent for the Daily Signal and author of Tainted by Suspicion: The Secret Deals and Electoral Chaos of Disputed Presidential Elections.