Joe Biden Is Spending a Lot Of Money America Doesn't Have 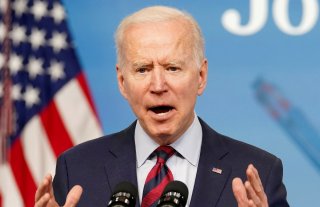 Joe Biden’s economically hyperactive first one hundred days in office can be characterized as a combination of the good, the bad, and the ugly. Unfortunately, it would seem that the ugly part of his economic policies far outweighs the good, which could come to cost his administration dearly as early as next year’s midterm election.

The good part of Biden’s economic policy is that he is making every effort to take the United States out of the cold and to reassert its traditional international economic leadership role on the world stage.

He has been quick to have the US rejoin the Paris Climate Accord and to rebuild the World Trade Organization after four years of relentless attack under the Trump Administration. He has also forcefully reasserted US support for the World Bank and for the International Monetary Fund. Indeed, his Treasury Secretary is now playing a leading role in gaining approval for a new major issue of IMF Special Drawing Rights to help countries deal with the coronavirus economic challenge.

Little wonder then that the country’s traditional European and Asian economic partners are sighing a collective sigh of relief after four years of Donald Trump’s America First, my way or the highway, approach to international economic relations. With the world economy yet to fully recover from its worst economic recession in the post-war period, a return to more normal US-world economic relations could not have come a moment too soon.

The bad part of Biden’s economic policies is that he has yet to do anything to unwind Trump’s protectionist trade policy. The United States remains engaged in a trade war with China and it retains its European aluminum and steel tariffs. At the same time, the country remains outside the Trans Pacific Partnership and Biden is showing no inclination to enter into any new free trade arrangements. Nor is he showing any real willingness to break with his predecessor’s protectionist policies.

The ugly part of Biden’s economic policies is that he has more than thrown caution to the wind in the way he is handling the country’s budget policy. Not only has he rushed through Congress a $1.9 trillion budget stimulus package on top of the December 2020 $900 billion bipartisan budget stimulus. He is also now proposing an improperly funded long-term infrastructure plan and a long-term family spending plan each with price tags of close to $2 trillion.

A major problem with Biden’s budget policy is that it could soon lead to an overheating of the U.S. economy and a return to higher inflation. Indeed, at a time that the Congressional Budget Office estimates that United States output is now only some 3 percent below its potential level and that the U.S. economy is recovering strongly, the Biden budget would imply that in 2021 the US will receive as much as 13 percent of GDP in fiscal support.

As if this were not sufficient to raise concerns about economic overheating, one might bear in mind that this fiscal stimulus is coming at a time that the Federal Reserve still has its pedal to the metal in terms of extraordinary monetary policy stimulus. It is also coming at a time that there is an enormous amount of Covid related pent-up household demand in the economy that must be expected to be spent once the pandemic subsides.

Another major problem with Biden’s budget policy is that it could trigger the economically disruptive bursting of the many asset prices and credit market bubbles that now are to be found both in the United States and in the rest of the world economy. It could do so by forcing the Federal Reserve to raise interest rates to meet its inflation targets. That in turn would throw into serious question the market’s present premise that today’s ultra-low interest rates will last forever, which has been the main reason justifying today’s lofty asset price valuations.