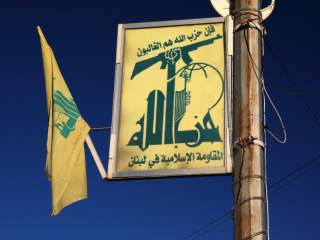 In late December 2015, Lebanese journalist Carol Malouf held an in-depth interview with two Hezbollah captives of Jabhat al-Nusra. The interview appears to be the first of its kind: Hezbollah members speaking candidly about the group’s organization and methods. Naturally, the fact that their remarks were made in captivity means their testimony must be taken with a grain of salt. Their remarks nonetheless shed light on the Syrian Civil War’s effects on Hezbollah’s relationship with Lebanon’s Shiites, and its exploitation of that community as foot soldiers for its military goals.

Hezbollah’s intervention in Syria has aroused popular discontent against the party in Lebanon, even within its Shiite base. As part of the organization’s battle to keep the Bashar al-Assad regime in power, the community has lost hundreds of its sons on Syria’s battlefields and suffered terrorist attacks by Sunni extremists—all with no tangible returns. Despite their anger, however, Lebanese Shiites have yet to collectively turn their backs on the party.

According to one of the captives, Hassan Taha, that’s because Hezbollah has skillfully employed social pressure to leave the Shiites little alternative. “The Shiite is obligated, ideologically and financially, to join Hezbollah,” he says. Those who choose political independence become social pariahs who “cannot go to their villages, and are hated by their community.” And while Taha says joining the rival Shiite movement Amal is an option, that party is a politically and financially spent force that today holds little appeal for Lebanon’s Shiites.

Hezbollah created this inextricable link by asserting control over all aspects of Shiites’ lives, establishing cultural and educational centers, charities, media and propaganda outlets, and professional societies, surrounding community members with its ideology from birth.

During the interview the second captive, Muhammad Shuaib, recounts growing up in one of those institutions, the Mahdi Scouts. He says that children as young as six are inducted and provided with increasingly sophisticated political and religious indoctrination as they grow older. At seventeen, those who prove themselves in the scouts become part of the ta’abia—a loosely organized and voluntary reserve pool of fighters—and undergo additional educational and military courses.

Hezbollah also runs its own private educational system, which graduates some two thousand competitive and well-trained university students a year. Though mixed with the party’s ideology, the education those schools provide far exceeds anything offered by the state and even rivals the country’s prestigious Christian missionary schools. As Shuaib reveals, the party is so eager to have Shiite children graduate from its system that it helps needy families with tuition—a luxury not available to them in other Lebanese school systems.

The indoctrination in both of these institutions construct the children’s identity so that their moral compass is based on the ideology of Wilayat al-Faqih, the Guardianship of the Jurist model that governs political life in Iran, Hezbollah’s main backer. And even if these institutions do not transform young Shiites into adult party ideologues, they make them more amenable to Hezbollah’s pressures, by force-feeding them the notion that they have no alternative to the party.

Hezbollah also controls the Shiites through fear. Before the Syrian Civil War, Shuaib says, it was fear of “the Israeli enemy” conquering Lebanon. “In the courses and in the scouts, our fight was against Israel and our battle was with Israel.” Now the group instills fear of “takfiri” Sunni groups like Islamic State, claiming that, with aid from Israel, they want to destroy Shiite shrines in Syria, conquer Lebanon and exterminate its Shiite community.

That fear enables Hezbollah to frame the destructive wars it has brought upon Lebanon—like the 2006 Israel-Hezbollah war, or the spillover of the Syrian war into the country—as defensive. Hezbollah also presents itself as the country’s savior and protector by emphasizing the Lebanese army’s weakness. Shuaib underscores how this has created a social environment in which joining the army is unappealing, allowing Hezbollah to swell its ranks with young men eager to protect their homeland and communities.

Taha also underscores how Hezbollah exploits his community’s relative poverty to lure less ideological Shiites, like himself, to join. Hezbollah has positioned itself as the community’s sole vehicle for upward social mobility by acting as an employer and social-service provider. As Shuaib recounts, the group hired him as a computer technician and gave him good benefits, including free medical treatment—a rarity in Lebanon’s shrinking job market. Taha had previously been a schoolteacher making minimum wage, and Hezbollah provided him a higher income.

Hezbollah uses this economic incentive to send these young men to fight on behalf of Assad’s regime. Full-time fighters in Syria get paid handsomely—roughly $2,000 a month—whereas part-timers like Shuaib and Taha get a nightly retainer of about four dollars. While it may seem like a pittance, it was enough to deter Shuaib from defying his Hezbollah superiors and risking expulsion from the organization. Moreover, children of fighters get a free education until they graduate from university, and if their parents are killed, Hezbollah’s extensive charity network provides the family with a stipend.

Hezbollah’s forces are deployed as far as Aleppo, so it increasingly relies on individuals who lack any fighting experience. The two captives, for example, describe their own military experience as “minimal,” inadequate to even repel the ambush that led to their captivity. Taha says he had been in Hezbollah for less than two years before his capture, and Shuaib adds that the last time he received combat training was when he was still in the ta’abia.

More seasoned Hezbollah fighters have complained about this situation in the past, with one lamenting to Foreign Policy, “They’ll take anyone.” Nonetheless, all party members, even those with administrative jobs like the two captives, are obligated to serve an annual fifteen-day murabata, or tour of duty, on dangerous frontlines. Prior to the Syrian war, murabata was primarily on the southern front facing Israel, Taha says. And though Shuaib says there are still fighters permanently stationed in the south, and others who do tours of duty there, the murabata has primarily shifted to the Syrian front.

Once these inexperienced fighters are in Syria, they reveal, they are often handed to the Iranians. In Syria, Taha and Shuaib say, the Iranians “are running the show,” giving deployment and battle orders to Hezbollah fighters, who are thrown together with other Shiite foreign fighters including Iraqis and Afghans.

Once in Syria, Hezbollah typically abandons these fighters to their fate. Shuaib and Taha claim they were sent to the village of Al-‘Ais without a military escort and told the area was “100 percent safe.” Immediately upon arrival, however, they were attacked with mortar fire. They also complain that Hezbollah had not even set up checkpoints to prevent its fighters from falling into enemies hands, as happened to them.

Others have made similar claims. After a recent battle in Aleppo’s outskirts, Hezbollah fighters described how they had been assured that houses on their right flank were being held by friendly Iraqi forces. “When we got halfway up the hill, we were hit with nonstop fire,” one fighter recounted. “Where did the fire come from? From the ‘Iraqi houses’ which were held by our friends!”

And while Hezbollah’s fighters bear the brunt of battle, the Syrian army of late assumed a largely symbolic role, secondary to that of the Shiite militias. According to Taha, the army’s presence is minimal and mainly for media purposes. Its operational role is mainly to provide support and information on targets. Other Hezbollah fighters have separately echoed these claims, denouncing Hezbollah’s Al-Manar television channel for reporting that the Syrian Army had captured Aleppo’s outskirts. “We did it, with our own flesh and blood, not the Syrian army,” one fighter said.

Taha and Shuaib represent a sample of Hezbollah’s Shiite support base. As the party’s deputy leader Naim Qassem has written, Hezbollah’s goal is not just to raise a fighting force, but to transform Lebanon’s Shiites as a whole into a “Society of Resistance.” By doing so, Hezbollah extends its reach beyond its institutions, mobilizing the entire community into a protective shell for its core fighters. And though it often masks its message in the language of Lebanese patriotism, Shuaib says members of this “Society” are indoctrinated from a young age to be loyal to the Wali al-Faqih and the party more than to Lebanon. “In all stages of life, you imbibe this ideology,” he says, and the notion of questioning or leaving Hezbollah becomes unthinkable.

This “absolute obedience,” as Malouf calls it, is precisely what Hezbollah is trying to replicate eventually among all Lebanese: a pliant society willing to sacrifice itself on the altar of Hezbollah’s sectarian objectives.

David Daoud is an Arabic-language research analyst at the Foundation for Defense of Democracies.