Jordan Must Be Included in Future Israeli-Arab Normalization Deals 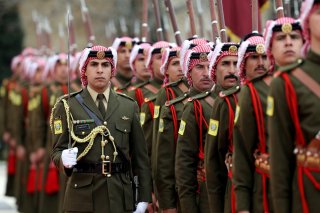 Jared Kushner took the first direct flight from Israel to Morocco on December 22 to celebrate the Trump administration’s efforts to normalize relations between Israel and the Arab world. He should have flown back to Jordan. It may seem odd that a country with a twenty-six-year-old peace treaty with Israel and unofficial ties dating back decades is now being left out in the cold. But the Trump administration has taken one of America’s most reliable allies in the tumultuous Middle East for granted. If the process of normalization proceeds without integrating Jordan’s interests—especially if a deal between Saudi Arabia and Israel materializes—Jordan’s stability could be threatened, and it would be a missed opportunity to improve its sputtering economy.

King Abdullah II is usually one of the most visible foreign leaders in Washington where he enjoys bipartisan support and typically visits the White House annually (though he has not been in the Oval Office in over two years). Jordan receives more than $1.275 billion a year from the U.S. based on a 2018 Memorandum of Understanding—aid that is essential to supporting its economy and American-supplied military. But Trump’s Fiscal Year 2021 budget proposed a 30 percent cut in economic aid to Jordan—a substantial chunk of Jordan’s $11 billion budget. Fortunately for Jordan, Congress restored—and even expanded—Jordan’s previous funding in the spending bill just signed by the president.

Beyond foreign assistance, Jared Kushner refused to consult King Abdullah before releasing either the economic or political components of his “Prosperity to Peace” plan, even though the plan impacted Jordan’s population and territory and was notionally intended to benefit Jordan. Despite his opposition to the plan, King Abdullah treaded lightly, careful not to raise the ire of a potentially vengeful president who could cut the king’s largest source of foreign aid. Further, Prime Minister Benjamin Netanyahu, already at odds with the king, could have exploded the relationship last summer with his annexation plan for the West Bank. Abdullah threatened “all options” if Bibi proceeded, suggesting even the peace treaty was at stake. Fortunately, the UAE intervened and initiated its normalization process with Israel on the premise that Bibi would halt annexation indefinitely, including on land adjacent to Jordan.

Contending with Bibi and Trump has been only half of Jordan’s problems this year. Covid-19 has ravaged its economy (and infected 265,000 people to date). Estimated growth in 2021 has turned into a projected 5 percent contraction. Vital economic sectors, such as tourism and manufacturing have crashed. Unemployment has reached record highs, officially up to 23 percent and much higher among women and youth. Debt is now over 100 percent of GDP so the government is not in a position to help even though the government’s new proposed budget projects an additional $3 billion in deficit spending, including restoring salary increases to the still-bloated public sector, which were canceled last year. Even more concerning, poverty has increased by 38 percent among Jordanians since the beginning of the pandemic, according to a new World Bank study. Jobs in the Gulf States, a key source of remittances, are becoming fewer, partly due to their own cutbacks, and in Saudi Arabia, as a result of the growing effort to nationalize its workforce. This follows years of minimal direct foreign grants from Saudi Arabia, which had previously been a reliable donor to Jordan.

Jordan has taken some measures to improve its position. It secured a $1.3 billion loan from the International Monetary Fund in March that will help guide the next phase of its economic reforms. Jordan also leapt forward in the annual Ease of Doing Business report, primarily by improving the availability of credit. But much more needs to be done to boost employment and develop the private sector. The promise of the COVID vaccine needs to be accompanied by a plan to provide Jordan with economic relief—and the incoming Biden administration can play a significant role.

First, any conversation about a future Saudi-Israeli deal should include a significant support package to Jordan, include a mixture of job guarantees, investments, debt relief, and direct budget support. To alleviate past concerns about Jordan’s use of budget support, Saudi or Emirati contributions could be included in a U.S. or internationally monitored investment program that is actually spent, as opposed to previous Gulf pledged investments that never materialize. Such an effort would also recognize Jordan’s unique status in the Israeli-Palestinian arena given its significant Palestinian-origin population and special caretaker role in Jerusalem.

Second, Joe Biden’s team should make an early effort to strengthen Israeli-Jordanian ties, which have frayed politically—and as a result, economically. The relationship cannot be limited to close, but mostly secret, security relations. Even in yet another Israeli election season, the United States can push stalled joint economic initiatives, such as the long-dormant Red Sea-Dead Sea desalinization and water reclamation project. In Jordan, its gas deal with Israel remains unpopular (despite significantly lowering Jordan’s energy bill), but that has been in the context of an ever-waning prospect for an independent Palestinian state. The more tangible investment Jordan sees and the stronger the actual economic partnerships become, the more opposition to deals with Israel will fade to a noisy but limited extreme.

If Saudi Arabia is really waiting to begin the process of normalizing relations with Israel until president-elect Biden takes office as part of an effort to improve its tarnished status in Washington, especially among Democrats, the Biden team and Congressional actors should push both Saudi Arabia and Israel to factor in Jordan as part of a prospective deal. Otherwise, both parties risk ignoring an ailing strategic partner that has been taken for granted by all sides for too long.

Ben Fishman is a senior fellow at the Washington Institute for Near East Policy and served as Director for North Africa and Jordan on the National Security Council Staff during the Obama administration.