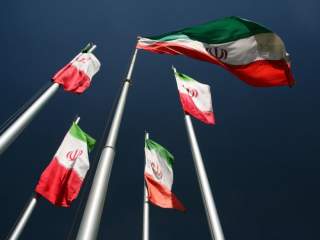 Six months ago this week, the P5+1 and Iran agreed on the Joint Comprehensive Plan of Action (JCPOA). The headlines and intense public debates have subsided but disagreements about the wisdom of the agreement remain. As Iran completes implementation of the initial key steps it committed to in the JCPOA, and the P5+1 prepares for major sanctions relief, now is a good time to take stock—though with the important caveat that the true impact of the agreement must be measured over years, not months.

An evaluation of the agreement must begin with how it is being implemented. On this front, the JCPOA has exceeded expectations, as the Iranians have moved more quickly than experts expected to dismantle the nuclear program. Still, the United States will have to continue to hold Iran accountable and watch for efforts by the Iranians to extract concessions and benefits that go far beyond the scope of the agreement.

A secondary measure of the agreement’s success is its impact on the struggle inside Iran between hardliners and pragmatists. While next month’s Iranian parliamentary elections may be a useful early indicator, it will take years before we can assess the consequences on Iran’s political system. Early returns on the regional implications of the agreement have not fared as well, considering the increasing Saudi-Iranian tensions and Russia’s intervention in Syria. The United States should take a more assertive role by doing more to reassure our Arab partners and pushing back on bad Iranian behavior, while keeping the door open for cooperation with Iran on issues where we share common interests.

Implementation: Ahead of Schedule

The most important measure of the effectiveness of the agreement is whether it is actually being implemented. Here, the news is good. Most experts believed that Iran would not be able to complete the initial steps it had to take to dismantle its program and receive sanctions relief until the spring or summer of 2016. Instead, Iran will likely hit this target in January. The most important step that Iran has taken thus far has been shipping 25,000 pounds of low-enriched uranium to Russia, leaving it without enough LEU for a bomb. This step is vital because it is irreversible, since the LEU is never coming back and would instead need to be produced again; any attempt to rush to a nuclear weapon will now be much more difficult. Iran is nearing completion of other requirements, including dismantling the requisite number of centrifuges, reconfiguring the Arak heavy water reactor (to close down the pathway via plutonium) and allowing for more intrusive inspections.

Not everything has gone smoothly. In October, Iran conducted a provocative ballistic missile test, which was not a violation of the JCPOA but violated UN Security Council resolutions. The Obama administration has stated that it will continue to enforce sanctions that are not part of the agreement, but caused some confusion and sent mixed signals when it notified Congress about new sanctions aimed at Iran’s missile program, only to then pull back.

As part of new counterterrorism legislation, Congress mandated that third-country nationals from countries that do not require a visa to enter the United States would need a visa if they traveled to Iran. Supporters of the legislation argue that this makes it more difficult for terrorists to travel to countries where they receive training to conduct attacks against the West. But the Iranian government asserted that the legislation violates the JCPOA, and will discourage business with Iran as foreign businesspeople will not want to risk complications when traveling to the United States and will therefore avoid Iran. Western passport holders are not going to Iran for training. The problem lies with Syria, Afghanistan, Pakistan and Iraq.

The legislation is bad policy and creates a negative environment, but like the Iranian missile test is not technically a violation of the JCPOA. The nuclear agreement is based on the premise that in exchange for concessions on its nuclear program, Iran will receive proliferation related sanctions relief. The visa waiver issue touches much more directly on Iran’s support for proxies and surrogates in the Middle East, and new measures to address that behavior are not forbidden under the deal.

Overall, what these first few months have shown is two trends that are likely to continue throughout implementation. First, despite attempts by opponents on both sides to undermine the deal, the Obama administration and the Iranian government are determined to move forward and have the tools and flexibility to overcome efforts to undermine the agreement.

Second, Iran’s approach is not focused on trying to cheat on the edges and expand its nuclear program, but rather on casting every step taken against Iran as a violation of the nuclear agreement. What Iran is trying to accomplish over the course of implementation is to expand the benefits by claiming that costs imposed for unrelated bad behavior violate the JCPOA. The challenge for the United States and its partners will to be to hold a firm line and not allow this reinterpretation of the deal, even as it continues to implement the agreement in good faith.

The effects of the nuclear deal on internal Iranian politics will take years, not months, to play out. As long as Supreme Leader Ali Khamenei remains in power, there will be no dramatic shift in Iranian foreign policy. The real test is whether the pragmatists led by President Hassan Rouhani can, over time, use the success of the nuclear deal and their ability to deliver economic results to gain greater influence in the political system. Rouhani is not a reformer bent on pursuing Western-style democracy. But he does put more value in economic engagement and international acceptance than hardliners. He therefore will be more willing to make more concessions on issues where the United States and Iran most often clash—the nuclear program and Iran’s destabilizing behavior in the region—in exchange for economic benefits and international integration.

The initial months since the agreement have included a hardliner backlash, as the supreme leader tried to placate opponents by making clear that the agreement would not lead to broader rapprochement with the West or a loosening of social policies. Hardliners have cracked down on more moderate voices and, most provocatively, arrested a dual Iranian-American national, businessman Siamak Namazi. They also continue to hold Washington Post reporter Jason Rezaian, whom they recently convicted and have now sentenced for an undisclosed period of time.

An early indicator of whether this crackdown is a prolonged strategic response by Khamenei and the hardliners will come at the end of February, with elections for the Iranian parliament and the Assembly of Experts, the body responsible for appointing the supreme leader. These bodies are not the key instruments of the Iranian state, and to characterize the elections as a major turning point would be a mistake. But they will be a useful bellwether for measuring popular support for more pragmatic forces in Iran, as well as the level of tolerance and space that the supreme leader is willing to grant to Rouhani and his allies.

Iran’s elections are not democratic, as all candidates must register and then be vetted by the Guardian Council, a body controlled by the supreme leader that has a broad writ in disqualifying candidates that it deems unacceptable. Pragmatists in Iran have tried to circumvent the vetting process by putting forward thousands of candidates with the hope that more will get through. This approach will be much more difficult in the Assembly of Experts, where the pool is much smaller and high-level religious qualifications are essential. Thus, the most important test of Rouhani’s influence in the system and among the elite will be how many of these candidates are allowed to stand for office—particularly in the parliamentary elections.

The voting results will also matter because, once the candidates are chosen and vetted, the establishment usually allows voting to proceed without too many irregularities (the 2009 presidential election is a notable exception). Ultimately, if Rouhani and his allies are able to pick up a majority in the parliament it will be a strong indicator of their strength in the system. But observers should not expect major changes in policy.

For the United States, the best approach is to stay out of domestic Iranian politics and be humble about its ability to influence any outcome. Influencing elections is not something the United States is historically good at, and it is unlikely that U.S. behavior can have a major effect on the outcome. Instead, the United States should firmly and strongly continue to push for the release of American citizens unjustifiably held by the Iranian regime and stay out of the other internal dramas preoccupying Tehran.

The most fraught arena in the aftermath of the nuclear agreement has been the regional situation. There has been some good news, as the U.S. and Israel have agreed to disagree on the nuclear agreement and have returned to some degree of normalcy, as demonstrated by Prime Minister Netanyahu’s November visit to Washington.