Julian Corbett and the Rebirth of British Strategy 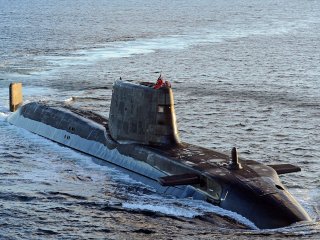 STRATEGY ADDRESSES the general question of aligning military means with political ends, but it operates in specific contexts. Institutions, culture, and geography in the fullest sense inform national approaches to war that historical experience shapes further. Prussia, for example, compensated for its lack of defensible frontiers to check hostile neighbors and natural resources with formidable institutions to sustain its large army and sophisticated doctrines of maneuver warfare to keep wars short. Austria, a multinational empire whose expansive territories presented very different operational environments, relied on a defensive strategy backed by fortresses and interior communication lines along with diplomacy. Industrial capacity later enabled the United States, another continental power, to develop a way of war that combined maneuver with concentrated firepower and mass to devastating effect. Each strategy leveraged assets to compensate for liabilities.

Britain developed its own way of war as an insular commercial state dependent on global trade. Sir Julian Corbett made explicit Karl von Clausewitz’s implication that strategy works as “a unique national construct, where ‘strategical’ principles meet specific contexts.” A lawyer who lacked military or naval experience, Corbett looked beyond the standard preoccupation with tactics and battle of his day by taking Clausewitz’s theory from its Central European context and posing the question of how a liberal, mercantile state without a large army could sustain a favorable European balance of power and deter conflict. The answer from historical precedent was a limited maritime strategy using combined operations by army and navy to impose economic pressure and thereby secure political aims. Corbett’s approach integrating theory with practice offered a guide for British strategy in his own day that provides valuable insight on contemporary strategic challenges.

The revival of great power rivalry and failed wars in the greater Middle East make strategy an important subject. Military historian Hew Strachan argued persuasively that elevating operational thinking to strategy’s place denied even successful campaigns the focus and direction required to translate them into political outcomes. Corbett, in Strachan’s words, as “the real originator of a distinctly British approach to strategy” offers a valuable way to engage the subject. Andrew Lambert’s The British Way of War: Julian Corbett and the Battle for a National Strategy introduces his subject’s approach by combining biography and the history of ideas with the fateful reassessment of national strategy between 1900 and 1914. Deftly sketching Corbett’s formative influences before tracing the development of his work and showing how it shaped key debates before 1914, Lambert captures Corbett’s importance not only for understanding British strategy, but also the Liberal Britain that World War I swept away.

CORBETT EPITOMIZED a dominant liberal outlook that faced growing challenges over his life. Lord Macaulay captured its ethos in describing England’s history as the inexorable story of progress, moral and material. Industrialization and laissez-faire economics brought prosperity while political reforms averted social conflicts that sparked revolutions in continental Europe. Classical antiquity set powerful examples of public virtue and free inquiry, but Victorian liberals welcomed scientific innovation and looked to the future rather than triumphs in the past. Stadial theories from the Scottish Enlightenment taught them that commercial society provided the highest level of civilization. London epitomized the result as the financial center and capital of a global maritime empire that underwrote the Pax Britannica which made it all possible. It was the best of all possible worlds.

Corbett grew up in a tight family circle where his father’s new wealth as an architect-turned-developer secured financial independence and eased the transition to gentility. Lambert’s term “middle class” describes England’s affluent high bourgeoise with an ethos distinct from either landed gentry and nobility or the much larger working class. Education at Marlborough College, a relatively new public school, sharpened Corbett’s intellect while fostering a vocation of national service. Purposefulness, high culture, and romanticism, with patriotism virtually a religion, defined his mature outlook as an English gentleman. Disliking Oxford’s conservative politics and Tory High Churchmanship, his father sent Corbett to Cambridge where he read law, which taught reasoned argument and precise use of evidence. He also made contacts that brought him into the heart of the British establishment.

Travel furthered his education with a trip to India providing a journey through empire with the voyage there as informative as what he saw in the subcontinent. Corbett praised the magnificence of sites like the Taj Mahal while reporting British suppression of the earlier Indian Mutiny as a victory of civilization and valor over barbaric savagery. No militarist, he worried that transferring the seat of government from the port city of Calcutta would change commercial rule from the margins into “a new Mughal Empire of soldiers and emperors.” Corbett also later feared a British settler society on a continental scale would turn inward from the sea and lose touch with its roots. The maritime route to India underlined the global nature of British power with distant territories linked by steamship and undersea cables. Corbett’s patriotism encompassed a “Greater Britain” of empire the liberal historian J.R. Seeley likened to a “world-Venice, with the sea for streets.”

Corbett gave up legal practice after 1882. Too reticent a personality to stand out in parliament despite his strong intellect, he engaged pressing current issues as a writer in efforts, including novels and plays, that developed his style and descriptive powers. Lambert calls his fiction “better suited to the elite circles in which he moved than the mass audiences that sustained the genre,” while history led Corbett to the maritime subjects that became a vocation. A popular biography of George Monck, the general turned naval commander who effected Charles II’s restoration in 1660, engaged sources critically and delved into its subject’s own reading on military theory. Corbett turned next to Sir Francis Drake, integrating current ideas on naval strategy into a biography that recognized how trade, financial credit, and politics together shaped sea power. Critical reviews forced him to raise his game by dropping literary flourishes and deploying evidence more effectively. History’s recent transformation from a literary genre to a profession based in universities had set new standards for research and critical source analysis that appealed to his legal training. Applying them turned Corbett from a popularizer into a recognized naval historian as the subject drew renewed popular attention.

ALFRED THAYER Mahan, an American sea officer and Naval War College professor, encouraged that interest by making the case for strategic history in The Influence of Seapower Upon History, 1660-1783 (1890). A later volume continued the story through the French Revolutionary and Napoleonic Wars. Mahan used campaigns to draw broader conclusions about how naval victories shaped outcomes on land. Theories of land warfare, especially by Antoine-Henri Jomini, who had been on curriculum of the U.S. Military Academy where Mahan’s father taught, provided a starting point emphasizing fleet actions and decisive battles in terms that explained naval operations to soldiers and civilians alike. He followed a deductive approach that started with a hypothesis and then tested it against relevant examples. Highlighting the intersection of maritime commerce and a strong navy, Mahan made the case for them to fellow Americans. Britain may have been his model for a sea power, but he adapted the template to the United States and by extension other continental states like Germany and Russia where his work found an eager audience. Mahan’s theoretical innovations addressed pressing strategic questions by combining points made by others to greater cumulative effect. He also set an intellectual challenge for Corbett who learned from Mahan and treated the American as a foil for his own efforts.

Corbett’s ties with veteran naval officers who wrote history drew him into their world as they shared practical experience. He joined the Naval Records Society, established in 1893 to publish historical documents in aid of professional development. Involved with its management, Corbett edited volumes that honed his use of sources and shaped his historical writing. Unlike serving officers preoccupied with tactics and battle, he considered the conduct of war an extension of politics rather than a separate activity. It led him to use political, diplomatic, and military history as context for analysis grounded in strategic theory that established him as a public intellectual. Lecturing to the Royal Navy War Course from 1902 and then advising the Admiralty challenged him to explain how Britain had waged war to guide future planning.

As a civilian, Corbett sought to broaden naval officers’ perspectives beyond seamanship and tactics to the higher direction of war. History provided case studies explaining strategy and delivering lessons that officers could apply to current military problems. The work served the advisory functions of planning staff in developing options as well as providing advanced professional military education. Lecturing pushed Corbett to engage a cannon of strategic writing mostly by French and Germans that emphasized short, decisive land campaigns and downplayed both politics and the role both coalition diplomacy and logistics had in Britain's experience. He saw how treating strategy as the purview of commanders in chief and generals transformed it into a kind of scaled-up tactics that risked conflating battlefield success with diplomatic outcomes at the expense of a wider view.