Just How Dangerous is Russia's Military? 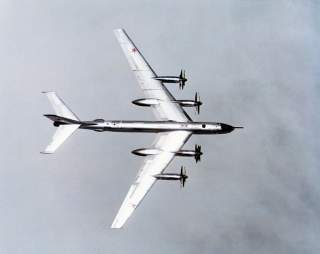 When the Russian Finance Ministry recently admitted that at the current rate of withdrawals to cover the state budget deficit, the Reserve Fund, may be fully depleted by 2017, outside observers immediately seized on the announcement. It quickly became the latest salvo in the debate over whether Russia’s military modernization program and Moscow’s ability to continue interventions in Ukraine and Syria are or are not sustainable. And so it forms the latest example of the problem Michael Kofman has diagnosed in America’s Russia analysis for the past two years: the tendency “to lurch between underestimating the Russian military and overestimating it.”

Why is it proving so difficult to come up with an accurate picture of Russia’s capabilities and intentions?

The Kremlin is not known for its transparency when it comes to military and national security matters—and much prefers keeping Washington and the NATO alliance as a whole off-balance and unsure. Yet Russia assessments also seem to be guided by the proviso, ‘tell me what Russia threat you need and I’ll give it to you.’

Do you want the U.S. Navy, for instance, to build up its capabilities in the Eastern Mediterranean in order to deal with the emergence of new Russian Black Sea capabilities? Then ominously stress Russian power projection from its new Crimean acquisition and with it, Moscow’s ability to dominate the region. Prefer the U.S. to deploy naval power in other theaters of action? Then point out the extreme vulnerability of all the new Russian hardware and facilities in Crimea attack from land-based aircraft and how Russian assets can be easily bottled up and eliminated.

On a whole host of questions—how much of Russian equipment is simply revamped and upgraded late-Soviet pieces versus completely new fifth generation production; can Russia sustain Western-levels of air sorties in Syria without losing or degrading aircraft versus whether Russia needs to match a Western tempo to achieve its objectives; how deep have the new reforms—which have definitely produced a number of quality units and personnel—sunk into the larger Russian military establishment—the debate seems designed to either make the case for increased U.S. defense spending at home and larger deployments of personnel and equipment back to Europe; or to argue that the Russian military is a chimera and that the long-term trajectory of the pivot towards the Asia-Pacific should continue apace.

Reports and assessments that start from the premise of considering what data we can reliably obtain—with no predetermined answer as to whether the Russians are “back” or on their way down—offer a confused picture. Russian military reforms and modernization have continued over the last two years despite a collapse in energy prices (which have lessened revenues), despite Western sanctions (which have impacted access to technology) and with the severing of the Ukrainian defense-industrial complex from the Russian market. Vladimir Putin’s willingness to preserve as much as possible defense spending from the axe wielded by the Finance Ministry and the hope that the sales demonstration of new Russian air, land and naval systems in Syria will boost sales—allowing Russia’s defense program to be funded by international arms sales—have helped to avoid having to terminate the modernization program altogether.

If we think of the question as a series of equations, we can gain greater clarity. So, in absolute comparison to the U.S. military, Russia’s military has only a fraction of the capabilities and equipment. However, what the Russians possess is still far more than any other post-Soviet state and even poses a challenge to European militaries if they were to face Russia alone, without U.S. support. Older Soviet-model tanks are not a match for the latest U.S. armed vehicles, but even T-72B3 and T-80U tanks will do the job when the opponent has few or no tanks at all. TU-95 bombers may be Cold War relics but still do just fine in harassment operations against NATO countries’ airspace or engaged in bombing actions over targets with no air defense.

Russia is also one of the few countries with a genuine expeditionary capability. Again, in comparison with the U.S. ability to rapidly deploy and then sustain hundreds of thousands of troops in any theater of operations around the world, the Russian capabilities are more haphazard and improvised (such as relying on reflagged older Turkish cargo vessels to provide sustainment for the expeditionary forces in Syria.) Russia can send a modest naval task force to locations around the world, and has dozens of well-trained and equipped units that can deliver lethal force quickly and effectively. Ranked against the United States, these forces are a fraction of what the Pentagon has available—but in comparison with other powers whose ability to go expeditionary on their own resources (and not relying on the United States) is atrophying, Russia is in a stronger position.

If Russia were to stop its modernization program tomorrow—but continued to be able to sustain what it has already achieved, it would be left with a conventional military that could undertake several small-scale interventions and that could project sufficient anti-access/area-denial (A2/AD) capability in the Baltic, Black Sea and Arctic basins to raise major costs for Western freedom of action.

Assuming energy prices do not rise and there is no major breakthrough in either Syria or Ukraine (that would end operations or see Western sanctions lifted), the Kremlin will have to start deciding whether to expend resources on maintaining current operations or on further efforts at procurement and modernization.  A major new contingency—related to succession crises in Central Asia, for example—could also tax Russian capabilities. But at this point, Russia has not yet reached any moment of decision where it must end operation or forego further modernization of its force.