Just How Vulnerable Is Iran to Sanctions? 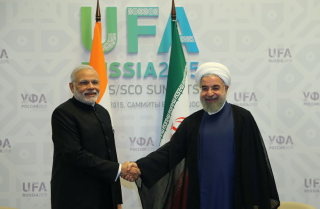 Last February, Iran’s Supreme Leader Ali Khamenei announced a set of broad economic policies to harden his country against future sanctions. Now that Iran has inked a deal to limit its nuclear program in exchange for sanctions relief, the country is gearing up for a major economic windfall. But make no mistake, Tehran’s re-connection to the global economy does not provide an inoculation against the imposition of current or future sanctions. Although the timing of sanctions relief and the mechanism to re-impose—or snap back—sanctions has been a point of contention throughout negotiations, fears that Iran’s return to economic normalcy will undercut the ability to re-impose sanctions after the Joint Comprehensive Plan of Action (JCPOA) is short-sighted logic, and fails to consider the evolution and innovativeness of U.S. sanctions as a foreign policy tool while over-emphasizing emerging alternatives to the global financial system that may never come to fruition.

There is no mistaking the impact international sanctions have had on Iran’s economy. According to Treasury Secretary Jack Lew, Iran’s economy is twenty-percent smaller than it would have been without sanctions. U.S. and international efforts cut Iran’s oil exports by sixty percent, which has cost Iran $160 billion in oil revenues since 2012. More still, Iran experienced two years of economic recession, marred by a forty-percent peak inflation rate, unemployment rates that have reached as high as ten percent, and a glut of non-performing loans. Under the new agreement, all UN sanctions and major portions of U.S. and EU sanctions, including the punishing restrictions on Iran’s financial, energy, transportation, insurance, and automotive industries, will be lifted simultaneously upon IAEA-verified implementation by Iran of its nuclear related measures. Other sanctions, however, specifically those that target Iran’s ballistic missile program and entities associated with nuclear proliferation, will remain in effect for eight years.

Although this phased-approach to sanctions relief under the JCPOA ensures that Iran does not receive benefits without first implementing its nuclear commitments, uncertainties remain. The agreement does not affect U.S. and EU non-nuclear sanctions, such as those that target human rights abuses, support for terrorism, and money laundering. One question is whether or not relief from nuclear-related sanctions will affect the usefulness of non-nuclear sanctions. Consider, for example, the Central Bank of Iran, which will be among the first to receive sanctions relief. Although no longer subject to EU or U.S. secondary sanctions, the Central Bank of Iran will remain designated under the USA PATRIOT Act for deficiencies with anti-money laundering and counter-terrorist financing policies—a designation that requires U.S. banks to conduct enhanced scrutiny to ensure Iran is not using foreign financial institutions to indirectly access U.S. markets. Conventional wisdom would hold that sanctions relief would undermine the ability to impose non-nuclear sanctions, like those related to terrorism. But, this logic is fails to consider a broader reality—sanctions do not guarantee change.

As Secretary Kerry explained in front of the Senate Foreign Relations Committee, sanctions did not stop Iran from advancing its uranium enrichment program. In fact, Iran’s number of centrifuges increased from a few hundred in 2006 to over 18,000 by 2014, and some of the largest increases occurred when Iran was under under the heaviest sanctions. In reality, it was the change in the balance of power in Iran’s political system, resulting in the election of president Hasan Rouhani, that brought Tehran to the negotiating table. This nuance is important: imposing coercive economic measures (i.e., sanctions) can weaken political will in the target country, but does not necessarily force change. To be sure, history is replete with examples. Some have attributed the U.S. anti-apartheid sanctions against South Africa, which forced the country to become more inward-looking, as a contributing factor in its decision to build seven nuclear weapons and invest in developing an advanced industrial military capacity. Comprehensive sanctions against Iraq in the 1990s helped Saddam Hussein shore-up political power by exploiting sanctions, and divert revenues from the oil-for-food program into weapons programs.

Thus, the effectiveness of non-nuclear sanctions depends less on the benefits of Iran’s forthcoming sanctions relief, and more on the political capital required to change Tehran’s attitudes towards its neighbors, humanitarian issues, and support for terrorism—ideas that are not likely to change in the near term. To be sure, though, the best defense is a good offense, and Tehran is not taking any chances. Ayatollah Khamenei and president Hassan Rouhani are setting about to toughen Iran against future shocks—calling for a  “resistance economy.” The strategy bets that economic fortification through greater investments in Iran’s oil and natural gas sectors, financial reforms, increasing domestic manufacturing, and developing regional and global strategic partnerships will insulate against future sanctions. Will this plan succeed?

Relief from the sectoral and secondary sanctions, which could begin as early as next year, will assuredly start breathing life back into Iran’s economy. Foreign investors are lining up as Iran begins laying the groundwork for economic reintegration. The fifty billion dollars in frozen or restricted assets that Iran will have access to will no doubt help to alleviate some of its major liquidity problems. Western energy companies, like Royal Dutch Shell, are poised to cement new energy deals under liberal terms, and Iran’s oil minister, Bijan Zanganeh, estimates that Iran will be able to ramp up oil production by 500,000 barrels per day immediately after sanctions are lifted, and up to one million barrels per day six months thereafter– increasing output by fifty-percent in five years. More conservative estimates, however, place this figure lower—placing the figure closer to 800,000 barrels per day. In terms of development, Iran is moving forward with new projects, like a gas pipeline with Pakistan worth an estimated $2.5 billion annually, as well as courting India for $8 billion in connectivity projects—including providing India with a greater role in the strategic port of Chabahar. Iran has also joined the new Asian Infrastructure Investment Bank (AIIB), which supports regional economic development—a move that will potentially provide Iran will billions in infrastructure investments.

In the short term, it is unlikely that Iran’s plans for a resistance economy will undermine the effect of UN, EU, and U.S. snap back sanctions. Under the new agreement, if a participant state believes an issue rises to the level of “significant non-performance,” and that issue is not resolved through the dispute resolution mechanisms, it is then referred to the UN Security Council, who must pass a resolution to continue sanctions relief. This “reverse” vote places the decision to snap back sanctions squarely on the United States, United Kingdom, and France. Unsure of whether or Iran will fulfill its commitments and continue to receive sanctions relief, it is likely that global firms will remain cautious in returning to Iranian markets.

Looking past the JPCOA, however, new uncertainties emerge, such as whether or not Iran’s race to global economic reintegration will shield Tehran from Western sanctions—particularly of the style the United States used to leverage its dominance in global financial markets. The reality is that greater economic growth and global financial integration means that more is at stake for a larger number of players. Within the context of coercive economic measures, this creates new economic vulnerabilities for Iran. According to Treasury Secretary Lew before the Senate Foreign Relations Committee, Iran has approximately five-hundred billion dollars’ worth of domestic projects, which Tehran wants to close by courting foreign investment. These investments will remain a major vulnerability for Iran, should the U.S. or EU wish to re-impose sanctions past expiration of the JCPOA.

The current structure of the global financial system also provides a hedge against fortification from future sanctions. To be sure, U.S. sanctions against Iran were successful, in part, due to the United States’ dominance of the global financial system. U.S. monetary policy drives global capital markets, and the dollar is still the preferred global reserve currency, and will be for the foreseeable future— despite fears of a rising challengers. In recent years, China has continued to make significant strides in globalizing its currency, the renminbi. But, China’s ambitions to set the renminbi as a global reserve currency is still far off. Although globally the renminbi is the fifth most actively traded currency, it still only accounts for only two-percent of payments. Despite its rise in popularity both globally and regionally, however, most analysts do not believe the U.S. dollar will lose its primacy within the next decade.

The past twenty-five years have seen remarkable flexibility, adaptability, and innovation in the use of economic statecraft. From comprehensive, broad-based trade and financial sanctions imposed against Iraq, to the targeted asset freezes and travel bans used to target terrorist financiers post-9/11, the United States has an astonishing record of innovating and adapting new approaches to sanctions. The recently imposed “sectoral sanctions” against Russia for its annexation of Crimea in March 2014, for example, uniquely targets Russia’s ability to transact in long-term debt—effectively freezing Russia out of global capital markets. The results have been devastating: tanking the Ruble’s value, depleting its hard-currency reserves, and shaving three to five percent from Russia’s GDP. Clearly, the United States has taken a fluid approach to coercive economic measures, and will need to continue this approach as the global financial system adapts to Iran’s return to economic normalcy.