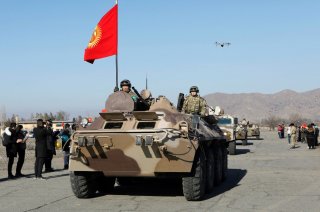 The recent crisis in Kazakhstan took many by surprise. Long considered the most prosperous and stable in Central Asia, it now suddenly appears fragile and weak. To draw lessons from the crisis, for the country’s future course, and for the long-suffering U.S. policy in Central Asia, we need to understand what really happened in Kazakhstan. While the exact circumstances of the tragic events in the country may never be clear, we now know enough to draw some key conclusions. First, the key reason for this crisis is to be found in Kazakhstan’s incomplete succession of power. Second, while Russia will definitely exact a price for its intervention, Kazakhstan’s independence has not come to an end. Third, Kazakhstan will likely recover from this crisis, but it will need American and European support to proceed with much-needed reforms.

To someone who has studied Central Asian politics for over two decades, the speed and confidence with which many analysts claimed to understand exactly what had happened was somewhat distressing. In reality, the behind-the-scenes power balances in Kazakhstan are some of the opaquest in the region.

Still, it is now clear that two separate processes took place in Kazakhstan. The first was fairly straightforward: a sharp price hike for automobile fuel led to public protests in western Kazakhstan, which rapidly spread to the country’s largest city, Almaty. Given the frequency of public protests in Kazakhstan lately, this was unsurprising. But the second was more puzzling: on the evening of January 4, bands of armed thugs suddenly took over the Almaty protests and engaged in violent attacks on authorities and government buildings. Eyewitnesses on the ground report that security forces appeared to melt away in the face of these thugs, with widespread destruction and looting as a result.

Sensing that the situation was spiraling out of control, and perhaps unable to trust his own security forces, President Kassym-Jomart Tokayev on January 5 appealed to the Russia-led Collective Security Treaty Organization (CSTO) for a “temporary” intervention. Within hours, a “peacekeeping” operation was dispatched to Kazakhstan. Appealing for outside help is a major loss of face for any government, and to legitimize this step beyond assuring it would be of short duration, Kazakh government officials blamed a nebulous international terrorist conspiracy for masterminding the violence. This has rightfully been met with skepticism. Meanwhile, Western rights advocates have emphasized the government’s repression of peaceful protests. This is not a particularly helpful definition of the events either: it hardly explains the violence against authorities in Almaty, and why the government seemed so close to losing control over the situation. In fact, the real background is to be found in Kazakhstan’s informal politics.

Like most post-Soviet states, Kazakhstan’s informal politics are based on a close fusion of political and economic power. This was the result of the Soviet Union’s collapse, which left the politically connected with tremendous advantages in securing economic assets and taking the reins of a budding capitalist economy. Meanwhile, the absence of strong political institutions meant that political leaders required an economic base, in effect to control institutions that provided patronage and ensured the loyalty of their followers.

As a result, the power of post-Soviet politicians has been more a function of their control over patronage than the position printed on their business card. To survive in power, therefore, the leader of a country needed to have a larger patronage structure than anyone else. Because blood is thicker than water, family members of high officials were key to managing these assets. Sadly, however, some suddenly enriched family members did not handle their newfound wealth with grace. Managing wayward children and relatives became a constant headache for post-Soviet leaders. And beyond the family are other, largely invisible grandees who remain largely out of the public view but wield real influence.

Thus, it was in Kazakhstan as well, where Nazarbayev’s children and relatives ended up in the news for all the wrong reasons. Still, Kazakhstan’s hydrocarbon-fueled economy until recently produced enough wealth for the wider population to see improved living standards, while Nazarbayev’s diplomatic astuteness in balancing Russia, China, and the West led him to become a respected international figure.

But in recent years, financial shocks hit the country hard, and Kazakhstan’s budding middle class saw its newfound standard of living jeopardized: GDP per capita dropped from over $13,000 in 2013 to about $9,000 today. As a result, the population grew restive, and frustration with the opulence of the uber-rich and politically connected mounted. Furthermore, a divide opened between an upwardly mobile and well-educated urban strata (the Kazakhs most Westerners interact with) and a much larger lumpen segment, for lack of a better term, which is much more impatient and nationalist. Against this background, the post-Soviet model of governance described above was no longer sustainable.

In response, the aging Nazarbayev resolved to engineer a controlled transition of power. He first gave parliament a greater role, then unexpectedly resigned in 2019. He designated Tokayev, the respected diplomat, as his successor but retained significant powers as the country’s “First President.” This move was designed to safeguard the family’s interests, while allowing a new leader to implement much-needed political and economic reforms.

Knowns and Unknowns in an Incomplete Succession

While Nazarbayev had outlined lofty visions for Kazakhstan as one of the world’s most developed states by mid-century, international indices showed clearly that the country was progressing slowly in terms of rule of law and control over corruption, and barely at all in terms of public voice and accountability. Tokayev, therefore, embarked on a single-minded pursuit of political as well as economic reforms. But in so doing, he challenged the position of entrenched interest groups that controlled much of Kazakhstan’s economic life, and wielded considerable informal power in key state institutions.

Many of these were members of the Nazarbayev family, and networks associated with them, including the invisible grandees mentioned above. Some among these forces sought to actively slow-walk Tokayev’s reforms: on more than one occasion, the president’s initiatives were watered down in parliament, while others appeared to face hurdles in implementation. This led the president himself to repeatedly decry the pace at which his reforms were proceeding. In retrospect, the key flaw in Nazarbayev’s transition plan seems to have been engineering a transition of formal political power, but not a parallel transition in control of economic assets.

Exactly how the tensions between the president and his opponents boiled over is not clear. But it is beyond doubt that they exploded during the New Year’s unrest. In a country like Kazakhstan, it is unthinkable that organized groups of armed thugs could mount a direct challenge to the state without being noticed and checked by security services. But as anyone familiar with post-Soviet ties between politics, business, and crime can tell, it is more than likely that these thugs were used by some powerful political force that masterminded this action. Some suggest President Tokayev moved first, using the public protests as an opportunity to clean house. More likely, his opponents sought to use the unrest to weaken or even unseat him, forcing a counterpunch.

Tokayev’s response to the crisis is telling: he removed Nazarbayev from his lifetime post as chairman of the National Security Council, removed and detained leaders of the national security service, and in the aftermath of the crisis forced the removal of key Nazarbayev family members from senior positions in government agencies and state corporations. Tokayev’s January 11 address to parliament did not mention his predecessor by name, but he was clear enough: he announced the closure of monopolistic companies everyone knew were connected to the Nazarbayev family and called on the many people who had gotten rich “thanks to his predecessor” to give back to the country in a new public fund he is creating. We should expect important assets to change hands in the coming weeks.

Still, it would be premature to call this a direct, personal conflict between the only two presidents that Kazakhstan has known since independence. One important unknown is the degree to which the eighty-one-year-old Nazarbayev was in control over the vast conglomerate that his family had become. The Nazarbayev family was far from a united entity, and different wings of the family were known to have fought over economic assets in the past. Thus, Nazarbayev and his family are not one and the same; parts of his family may be involved in a conflict with President Tokayev, but that does not mean the entire family or Nazarbayev himself is.

Tokayev has been careful, until now, not to directly challenge the position or legacy of Nazarbayev as the Elbasy, the nominal “leader of the nation.” Doing so would perhaps crumble too much of the edifice his own power rests upon, and Tokayev appears to genuinely appreciate Nazarbayev’s service to the nation. Still, a decisive shift has taken place in Kazakhstan. The most likely scenario is that Nazarbayev will continue to be respected as the country’s elder statesman, while his extended family will gradually lose their positions of influence as well as many of their assets.