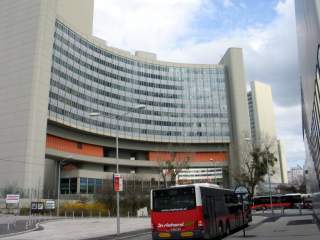 With attention riveted on negotiations to constrain Iran’s nuclear activities, a recent development with significant implications for curbing global nuclear threats is receiving less attention than it deserves.

In mid-June, the International Atomic Energy Agency (IAEA) approved an agreement with Kazakhstan to allow it to host an Agency-controlled nuclear fuel bank as early as 2017.

Kazakhstan, which still grapples with its legacy of hosting the Soviet nuclear weapons test site and other weapons-related facilities, has embraced the role of a nonproliferation good citizen under the long-running leadership of President Nursultan Nazarbayev. Also playing key roles are investor Warren Buffett, who put up $50 million through the nonprofit Nuclear Threat Initiative, and the United States, EU, UAE, Kuwaiti, Norwegian, and Kazakh governments, who jointly contributed more than $100 million.

A fuel bank would provide countries barred from international markets with reliable access to fuel for their nuclear energy plants. This is particularly important given increased interest in nuclear energy as countries seek to diversify their energy portfolios and transition away from climate change-contributing carbon fuels. It would also be a major step toward realizing the vision, embodied in the 1970 Nuclear Non-Proliferation Treaty, of a world in which all states are able to take advantage of the peaceful benefits of nuclear technology without simultaneously risking the spread of nuclear weapons.

Access to a reliable fuel bank would help undercut arguments that countries need to develop indigenous enrichment capabilities to support their peaceful nuclear energy programs. It would be easier to identify and put pressure on those who might have covert military motivations, while also ensuring that access to the benefits of peaceful nuclear power are never restricted based on unrelated political differences.

The jury is out on whether an independent fuel bank will help with the Iran situation. Iran has over the past two decades done exactly what a fuel bank is intended to discourage: build up a robust domestic nuclear infrastructure, including uranium enrichment capabilities that could be used to make either nuclear reactor fuel or or fissile material for nuclear weapons. Iran has partly justified these efforts as a hedge against the possibility that other countries might deny it fuel, as some have in the past.

Iran has expressed support for a fuel bank, and its existence might make the country more willing to accept significant restrictions on its domestic capabilities. But even if a fuel bank is too late to ameliorate Iranian nuclear risks, it might play a key role in dissuading and preventing others from following suit.

That said, a fuel bank will not be a nonproliferation panacea. Iran and many others desire nuclear technology in part for its perceived prestige, a motivation a fuel bank will do nothing to assuage. Some countries, including Iran, may aspire to become nuclear suppliers to others, even if the economic case is shaky at best. And some, such as Turkey, insist on perceived rights to the full gamut of civil nuclear technologies, and fear that a fuel bank will be used to pressure them to forswear those. But all those caveats notwithstanding, a fuel bank still has the potential to shift the debate in important ways.

Progress on the fuel bank is underway, but various steps still need to be taken. Kazakhstan’s parliament must ratify the agreement, and the IAEA and Kazakhstan will need to work through some technical nuances. More broadly, a framework will need to establish who is eligible for fuel and under what conditions, and the devil is very much in the details if countries are to be sufficiently reassured that they forgo domestic capabilities they might otherwise pursue.

The Ulba Metallurgical Plant, where Kazakhstan plans to locate the fuel bank, once produced highly enriched uranium fuel for Soviet submarines, material that would also have been suitable for bombs. A dozen bombs’ worth of that material remained at the facility after the Soviet collapse. Concerned it might be diverted by states or terrorists, and with intelligence suggesting Iranian interest in it, the United States cooperated with Kazakhstan on a secret 1994 removal operation, setting a precedent for dozens of similar efforts in subsequent years. It seems a fitting swords-to-plowshares development that a facility that once produced fuel for nuclear submarines now has the chance to play a key role in reducing the spread of nuclear weapons.

Dr. Philipp C. Bleek is Assistant Professor at the Middlebury Institute of International Studies at Monterey and Fellow at the James Martin Center for Nonproliferation Studies . He previously served as Senior Advisor to the Assistant Secretary of Defense for Nuclear, Chemical and Biological Defense Programs. The opinions expressed are his own and do not represent his current or past employers.