Keep the Future in Mind 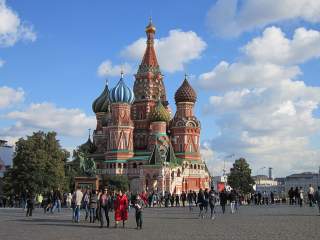 Let’s not call it a reset, but U.S.-Russian relations will benefit if President Trump adopts a different approach to Moscow than the one we’ve seen from President Obama. Trump seems to understand that Vladimir Putin will continue to assert Russian interests, both to prove his country deserves international respect and to bolster Russian pride at a time of deepening stagnation at home. Trump also appears to recognize that Russia’s political system empowers Putin to use hard power abroad with minimal political downside at home. Trump seems to see that Ukraine is a frozen conflict and that US interests are not served by engaging in a fight that Russians care far more about than Americans do. He appears to realize that there’s no point in fighting with Putin over the future of Syria’s Assad, who can’t be forced out.

That said, Trump may be likely to offer Putin unilateral concessions, to accept Russia’s positions on Ukraine and Syria while getting nothing in return. If Trump decides to remove sanctions, he should do it gradually in exchange for Russian concessions of some kind, even if they fall well short of Washington’s best-case scenarios. And any change in approach to Syria should likewise be coordinated with France and other European allies.

The lasting U.S. advantage over Russia remains that America has friends and allies while Russia has only clients, nervous neighbors, and partners of convenience. In Washington, a clear majority of Democrats and Trump’s fellow Republicans mistrust and despise Putin’s government, and there will be more conflict between Washington and Moscow, whatever Trump says and does. That’s particularly true in cyber space, where Russians don’t have to face NATO’s conventional strength. But whatever adjustments Trump makes in US-Russia relations, he should do it in close consultation with European allies, particularly Germany. He’d be wise to find an accommodation on Ukraine that makes that country a bridge between Russia and Europe rather than just another bit player in a bid to expand Western values to the East. To avoid forcing Russia and China together, Trump must drop the cartoonish view of predatory China that he used to rile up campaign crowds. He’ll need to forge practical partnerships with Beijing, particularly new commercial and investment ties, wherever possible.

Finally, because Russia has entered a period of long-term economic deterioration, one brought about more by technological change in energy markets and Moscow’s own failure to modernize and diversify the Russian economy than by Western pressure, Trump’s wisest strategy is to stay out of Putin’s way as Russian power decays from within.

Ian Bremmer is president of Eurasia Group and author of Superpower: Three Choices for America’s Role in the World.