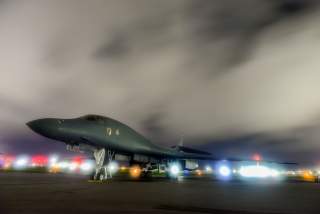 Next year’s defense spending authorization bill includes controversial funding for the Trump administration’s plan to deploy a small number of low-yield nuclear-armed ballistic missiles. This is the first of two enhancements to U.S. nuclear capabilities that the administration’s Nuclear Posture Review (NPR) directs. Much of the debate revolves around the value and peril of nuclear options in deterrence and defense planning. Does the United States need the ability to employ nuclear weapons in a range of different ways, or is the generic ability to threaten nuclear counterstrike sufficient to reliably deter aggression? Does this kind of flexibility make nuclear war more or less likely?

The short answer is that maintaining a deliberately chosen range of nuclear options makes deterrence more effective and stable, thereby decreasing the likelihood of nuclear conflict and major war. Possessing nuclear options does this by preserving critical attributes within U.S. deterrent forces as adversaries adjust and advance. Some contend that possessing nuclear options is dangerous and unnecessary, but their arguments mischaracterize the role of flexibility and conflate capabilities for deterring nuclear attack with willingness to initiate nuclear conflict.

Trump’s NPR emphasizes the importance of maintaining “flexible and limited U.S. nuclear response options,” which it notes as a consistent determination of “[e]very U.S. administration over the past six decades.” Indeed, for all its efforts to reduce the role of nuclear weapons, President Obama’s nuclear planning guidance directed the Defense Department to preserve “flexibility to respond with a wide range of options to meet the President's stated objectives should deterrence fail.” The underlying capabilities must be flexible enough to counter the spectrum of adversaries and circumstances that exists today, and continue to do so as technology evolves and adversaries seek ways to defeat or work around U.S. means of deterrence.

”Nuclear options” can refer to different ways of striking a target—bombs, ballistic missiles, etc.—as well as weapons with different design characteristics, from low explosive yields that damage less than a square mile to high yields that could decimate a major metropolitan area. Nuclear options can also include the ability to employ a single weapon or many, or the ability to strike different kinds of targets, from military forces in the field to hardened missile silos deep in enemy territory.

A massive Cold War buildup left the United States with far more nuclear capabilities than it needed. In addition to cutting the arsenal by a total of more than 85 percent, recent administrations trimmed America’s nuclear options, preserving only what each deemed a minimally sufficient suite. Russia greatly reduced its arsenal, but continued to develop new nuclear weapons and retained a far more diverse and larger stockpile of low-yield weapons. Trump’s policy review found that Russia’s focus on battlefield nuclear weapons, coupled with “Russian strategy and doctrine [that emphasizes] the potential coercive and military uses of nuclear weapons,” might reflect a gap in U.S. deterrence options. Closing this gap does not, however, require that the United States “match or mimic Russia’s more expansive arsenal.”

Instead, the NPR found that two “modest supplements” will sufficiently shore up America’s nuclear options. First, the United States will rapidly modify a small number of submarine-launched ballistic missiles to give them lower yields like those it otherwise possesses only on aircraft-carried weapons. Further out, the United States might reinstate a nuclear-armed sea-launched cruise missile capability.

The NPR contends that possessing a flexible range of options strengthens deterrence and also improves the likelihood of avoiding the worst possible outcomes if deterrence fails. It emphasizes that greater flexibility can help “prevent adversaries from perceiving advantage in limited nuclear escalation,” and “preserve credible deterrence against regional aggression.”

There is good reason to focus on regional conflict scenarios. An adversary bent on aggression might gamble that the United States will back down in the face of limited nuclear use rather than risk defending a faraway ally on the adversary’s doorstep. To deter such thinking, the United States needs credible responses to deliberate nuclear escalation. This should include options sufficiently removed from the level of massive nuclear exchange so that the enemy will fear that the United States would actually follow through. More escalatory options may be more frightening but also appear less rational and therefore less credible.

Ideally, nuclear options should contribute flexibility to make whatever threat will do the best job of deterring any given adversary from acts of nuclear aggression. One way to operationalize this is to identify particular attributes that help make deterrence effective and stable, and then prepare a range of response options that can preserve these attributes as adversaries’ capabilities advance and technical problems arise within the U.S. arsenal. This approach supports the NPR finding that measured enhancement, rather than an expansive program to develop new weapon types, is sufficient to shore up U.S. options.

The NPR directs planners to sustain five key attributes: “Survivability” ensures that adversaries cannot preemptively destroy U.S. forces. “Ability to penetrate” adversary defenses ensures that they cannot destroy U.S. weapons in flight. “Prompt response” is the ability to act fast enough to discourage adversaries from seeking advantage through surprise or by using fleeting assets. “Visibility” enables movement of forces in ways that reduce the likelihood of unintended escalation in crisis. “Range of warhead yields” includes lower yields that bolster the credibility of U.S. deterrence strategy and commitments to allies.

Many combinations of attributes are also important. For example, it would make little sense to deploy a force with one half that is survivable but cannot penetrate, and another that can penetrate but is not survivable. This would weaken deterrence because an adversary could strike one portion on the ground and the other in the air.

Existing U.S. forces provide all five key attributes and all but one important combination. Because they are all aircraft-carried, existing low-yield options do not provide a prompt capability and therefore cannot threaten time-sensitive targets. The low-yield ballistic missile fills this gap.

Even more importantly, the NPR supplements significantly strengthen the ability to preserve key attributes into the future. Advancements in adversary air defenses pose the greatest risk to preserving signaling and low-yield options that are also penetrating. Maintaining the ability to forward deploy nuclear-capable aircraft and developing the Long-Range Standoff Cruise Missile (LRSO) to replace the aging Air-Launched Cruise Missile are important parts of sustaining these combined attributes. Reliance on air-delivered systems is limiting, though, because they must remain undetected to avoid being shot down. The low-yield ballistic missile and sea-launched cruise missile offer a hedge against potential advances in detecting stealth airframes and targeting aircraft at long distances (using, for example, hypersonic weapons).

Preserving the other key attributes does not currently require new capabilities. The United States can avoid the danger of losing prompt response capability by continuing to reject calls to de-alert the ICBM force. According to the NPR, “there are no known, near-term credible threats to the survivability of the [strategic submarine] force.” Nevertheless, the U.S. Navy conducts a vigorous program to guard against a technological revolution in anti-submarine capability. The United States also maintains a degree of survivability in other legs of the triad, in particular the ability to disperse bombers armed with cruise missiles. The prospect of defending against large-scale ballistic missile attacks remains far off, and defense against even a single advanced missile is difficult. To help prevent future threats to the penetration ability of its ballistic missiles, the United States can build flexibility into the replacement programs for Cold War era systems.

Some warn that including nuclear options in defense planning will embolden a U.S. president to start a nuclear war. A group of former U.S. officials opposed the NPR supplements, claiming that “These so-called ‘low-yield’ weapons are a gateway to nuclear catastrophe.” This suggests that low-yield weapons are fundamentally new, when in fact they have been a continuous part of the U.S. arsenal for more than half a century without presenting such a gateway.

Furthermore, the notion that U.S. administrations seek nuclear options to provide low-cost or low-risk ways of starting a nuclear shootout contrasts starkly with how officials today explain the need for flexibility. Advocates speak of credible options for responding to an adversary’s use of nuclear weapons, not options for first crossing the threshold. The NPR insists that “expanding U.S. tailored response options will raise the nuclear threshold and help ensure that potential adversaries perceive no possible advantage in limited nuclear escalation, making nuclear weapons employment less likely.”

Critics of limited options often confuse the discussion by conflating two different thresholds involving nuclear employment. One is the threshold for first use, which is about introducing nuclear weapons into a conflict. Second is the threshold for responding in kind to a nuclear attack, when the alternatives are surrendering or continuing the conventional fight while hoping the enemy will not conduct follow-on strikes. For example, Stephen Pifer equates strengthening U.S. capabilities for responding to nuclear attack with greater readiness to cross the nuclear threshold.